General Kuranosuke Matsumoto is one of the optional mini-bosses in Sekiro: Shadows Die Twice. Defeat him to gain access to the castle where you can get Sabimaru - one of the prosthetic tools. This mini-boss isn't big of a challenge - he resembles other generals you have faced earlier. Below you can find additional tips for this fight.

Where can I find General Kuranosuke Matsumoto?

Rewards: Prayer Bead, Divine Grass - a healing medicament in the chest near the door, access to Sabimaru, a prosthetic tool hidden inside the castle. 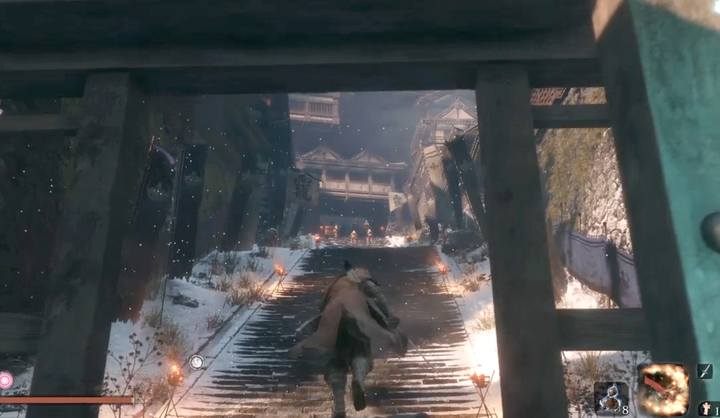 General Kuranosuke Matsumoto stays in front of the main entrance to Ashina Castle - at the top of the stairs, surrounded by soldiers with rifles. He is an optional mini-boss. Defeat him and you will be able to enter the castle. Sabimaru, a prosthetic tool, is kept on the ground floor.

How to defeat General Kuranosuke Matsumoto? 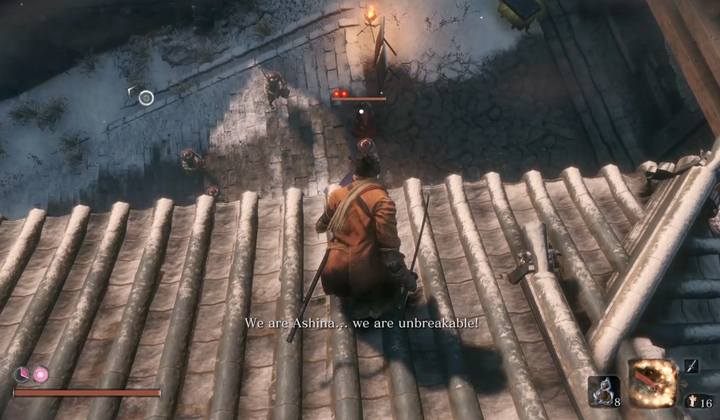 You can perform the first Deathblow by jumping down on the general from the rooftop of the building on the left. You can sneak there unnoticed but this will be difficult to do. Use this chance to deal a Deathblow - you can't attack the mini-boss from behind. 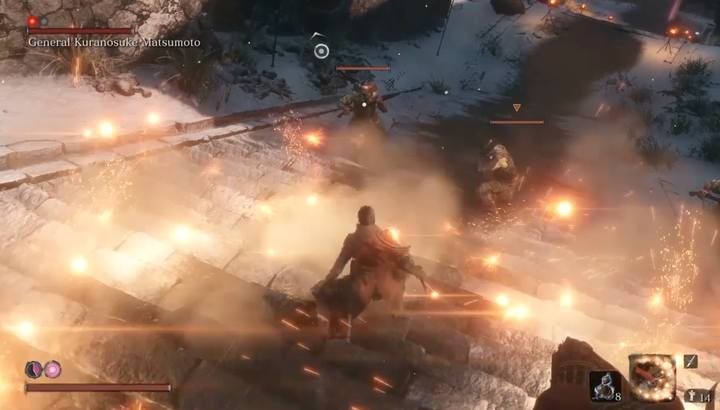 Blind the soldiers with rifles and then eliminate them fast.

Use Shinobi Firecracker after the first Deathblow to stun the soldiers with rifles. Eliminate them fast - watch out for those who aren't blinded. Remember, if you don't win the fight, the riflemen will respawn.

The general can use a technique that reduces posture.

To defeat the mini-boss, deflect his attacks and jump over the general's special attack. Thanks to this method, you will be able to defeat him without losing health.