Corrupted Monk is a story-related boss guarding the Shelter Stone in the last location of Ashina Depths region. At first glance, this fight may seem difficult because the enemy is a spirit, has a weapon with a long reach and is tall. Read this chapter and you will see that this boss isn't as challenging.

Where can I find Corrupted Monk? 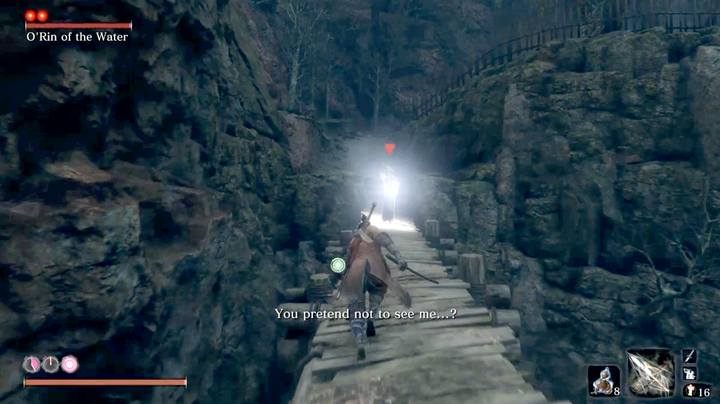 To reach the last boss of Ashina Depths, you have to go through Mibu Village and activate Water Mill Sculptor's Idol. O'Rin of the Water is nearby, but this is an optional mini-boss which means that you can skip her. Cross the bridge and stick to the path - follow the passage on the left side of the building surrounded with the undead. You will reach the boss arena.

How to defeat Corrupted Monk? 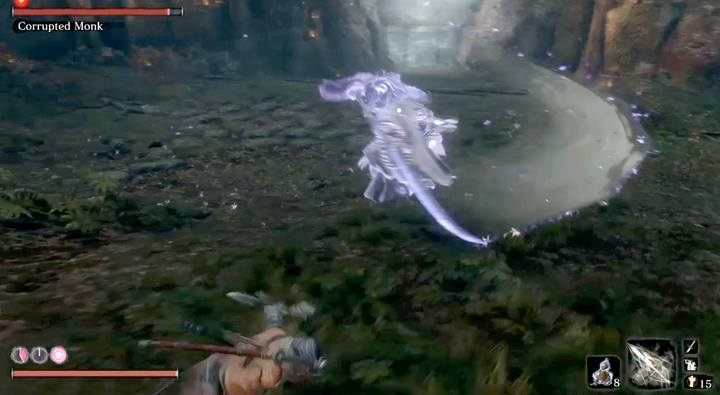 The boss always starts the fight in the same way. Run towards her, deal a few fast strikes and run away - the boss will start swinging her weapon (5 times); after that, she will perform three basic and slower attacks. This is the only chance you get to use a more powerful attack (e.g. Mortal Draw) or a prosthetic tool capable of dealing massive damage. After that, you should rely on Shinobi Firecracker. 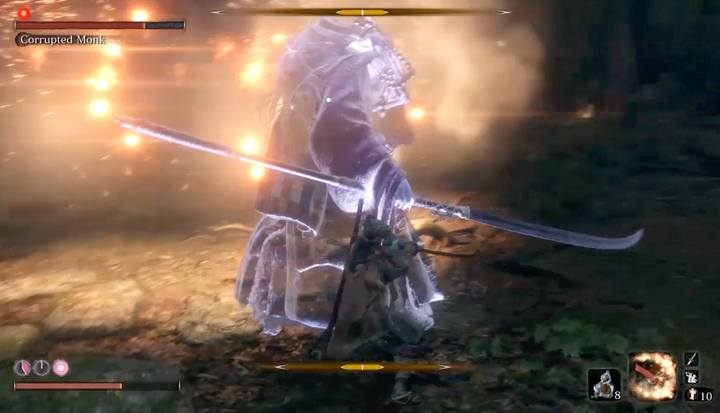 Throw Shinobi Firecracker and then immediately move behind the boss's back. Attack her with basic attacks. You need to attack the Monk's back - by doing this you are sure that at least 2-3 strikes will hit the target. If you attack her from the front, she will deflect your basic attacks. 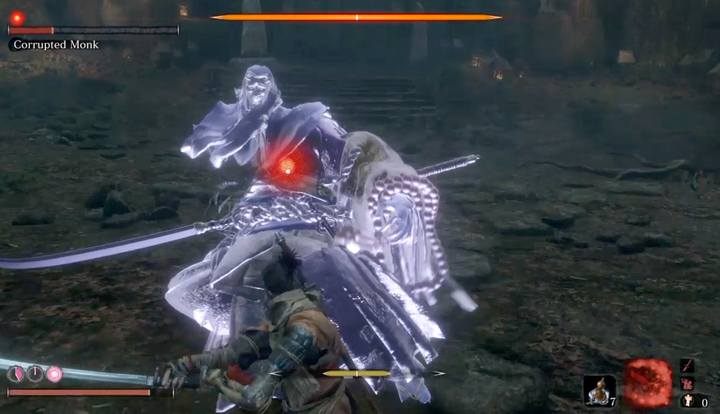 When the boss loses about half of her health, her posture regeneration will slow down significantly.

Deplete the majority of the boss's health points to proceed to the next stage. You have to focus on deflecting her attacks. The Monk's posture regeneration slows down. She will also perform one attack after another - you should be able to fill up her posture bar fast. After that, you need to deal a Deathblow.

The diving skill is the most important reward. You need this ability to progress the story and to do optional exploration, e.g. to find treasures hidden under the water (mainly Treasure Carp Scales). 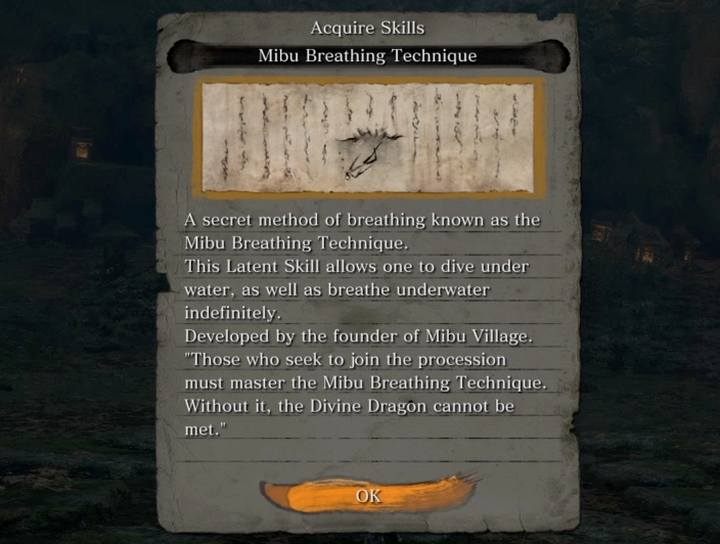 Defeat the boss to receive a diving skill.
See/Add Comments
JOIN FOR UPDATES