Long-arm Centipede Giraffe can be encountered at the end of the Sunken Valley, as the last boss in the area before continuing the main story. It is inside a protected base by archers in the depths of the cave; before you have to defeat the Snake Eyes Shirafuji. The following description of the battle will explain what to do to win this duel without any problems.

Where to find Long-arm Centipede Giraffe? 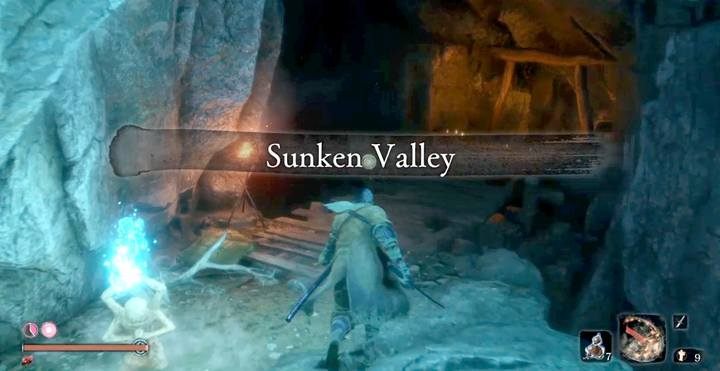 After reaching the Fortress with the Snake Eyes Shirafuji boss, go into the dungeon behind the wall of the Fortress. The boss arena is right behind the sculptor idol. The boss defends the passage to the next area related with the main story so you have no way to get around it, nor the opportunity to hit him critically, even with Gachina sugar. When the battle begins, the arena is blocked

How to deal with Long-arm Centipede Giraffe? 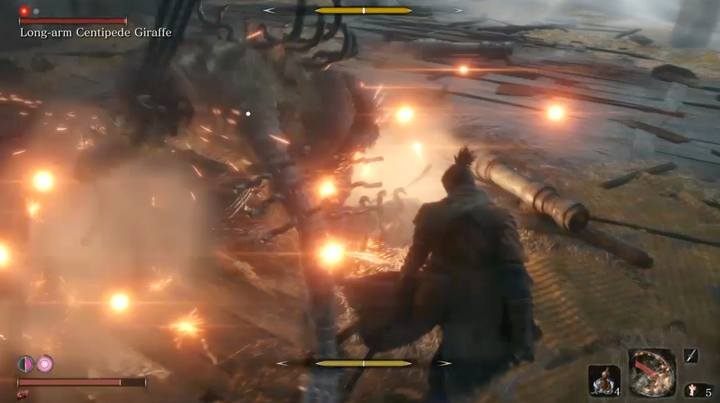 Use the Shinobi Firecracker to escape from the trap near the wall.

The way to defeat the Long-arm Centipede Giraffe is basically one - reducing the opponent's posture. The problem in this fight is that when you defend yourself, your posture also decreases (if you will only hold the defense key instead of pressing it right before getting hit - you won't decrease the enemy's posture!). Therefore, you need to feel the rhythm and press the parry button at the right time. If you need to rest or restore health, and the enemy has trapped you, use Firecrackers or Fistful of Ash, and then change the place and use medication.

Don't let the enemy rest! If you run away from his blows, the enemy also restores his health. The same thing happens when you die with planning a resurrection: boss posture gets restored. 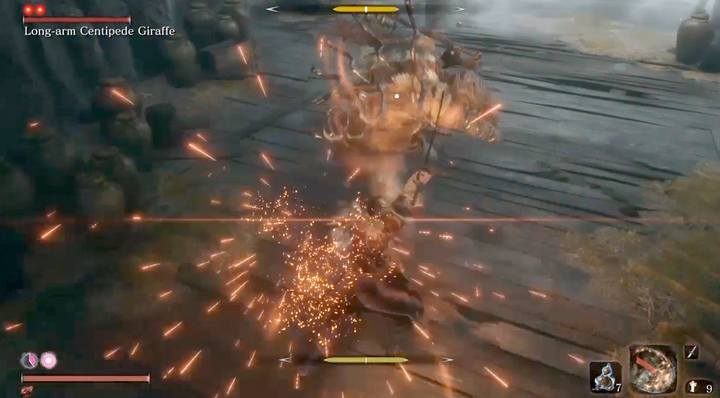 Sparks show that you have paired in good time; the bar of your posture is filled, but decreases faster than the boss. 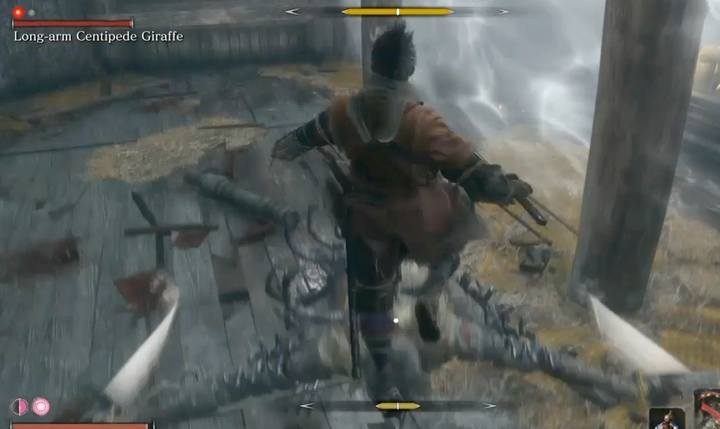 When the enemy is preparing for a special attack, instead of leaping back - jump.

In the first cycle the enemy attacks a lot (a few strikes with it's arms), then moves over to perform a special attack. However, after reducing his first health bar, he can use special attacks between the series. To top it all off, during the second fight the enemy is more unforgiving and his attacks reduce your posture faster.

At a time when the enemy (after a series of attacks) moves away to prepare for special attacks, come to him, and when there is a red symbol, jump heading back. This way you will regain some space and won't be pressed against the wall. 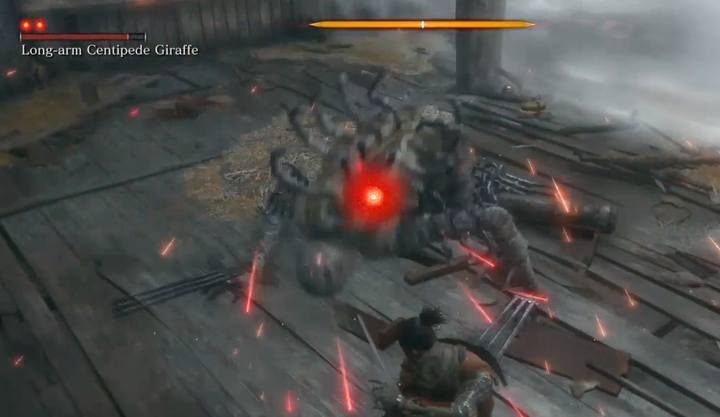 After decreasing the posture of the enemy make a critical strike, even if you haven't attacked him earlier.

The enemy's attacks very quickly deplete his posture. When the enemy gets tired, and there will be a red dot available - perform a critical hit, even if you never hit him before! You have to reduce his two bars of health; you have no option to sneak behind his back.