The following chapter describes where to find and how to defeat the Long-arm Centipede Sen'un boss in Sekiro: Shadows Die Twice. This is one of the two bosses of this type that you will encounter in the game. The following tips will help you in defeating the boss.

Where to find Long-arm Centipede Sen'un? 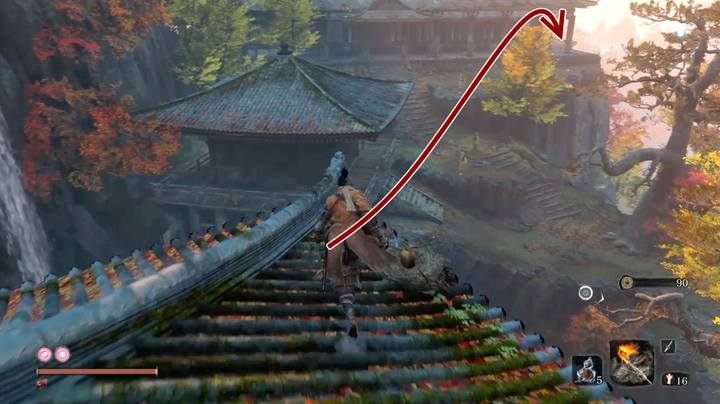 Long-arm Centipede Sen'un boss resides in the Senpou Temple, shortly after the battle with the Armored Warrior. This is a completely optional boss. When behind the bridge (sculptor idol: Temple Grounds) go to the dojo (behind the lake), go right and jump down to the roof of the building below. Come in and you will find yourself in the boss arena. You can leave the arena at any time.

How to deal with Long-arm Centipede Sen'un? 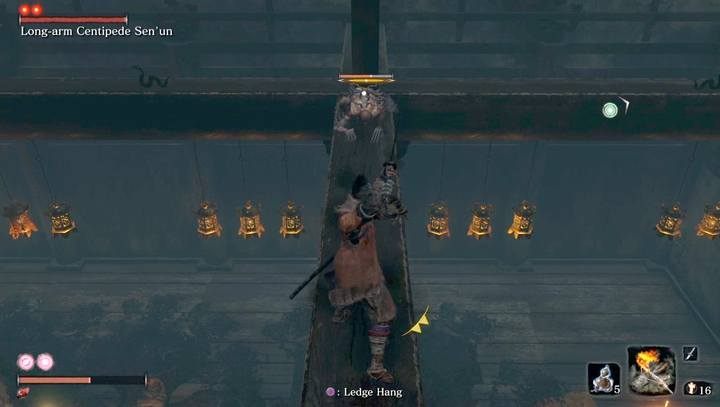 Begin the encounter with the elimination of small enemies: located on the floor and on the beams under the ceiling, and two in front of the main entrance. By jumping on them, a red dot appears, making the attack critical (that is, kill each of the minor enemies with one hit). Before attacking the boss, if he noticed you, you need to calm him down; get out of the building and let him get back to the altar. Attack him with a critical hit in the back or from above. 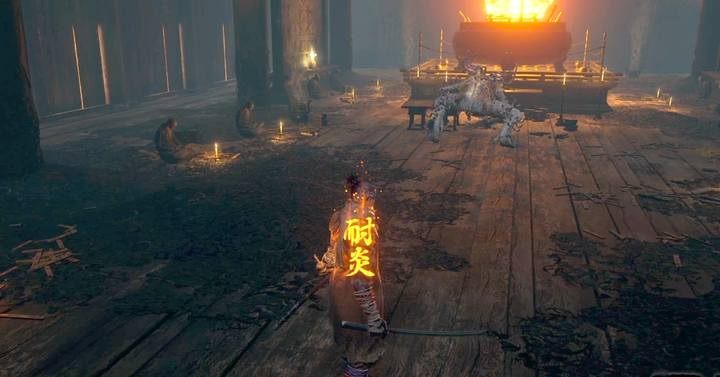 Start the fight, inflicting a critical blow from the back or jump down on him from the air with a slash.

During the battle, the enemy uses his long legs to perform a long series of blows. The better you handle them, the faster you destroy enemy posture - be careful, however, as your posture may decrease as quickly as his. After each series of boss attacks you should leap back, restore the posture and continue to receive his blows - there's no need to attack when the enemy will soon lose the posture. In such moment you may defeat him with a critical strike. The enemy can sometimes make a critical strike based on a strong cut. Leap backwards or jump to avoid injury. To improve your posture, you can use Gokan sugar or persimmon fruit. 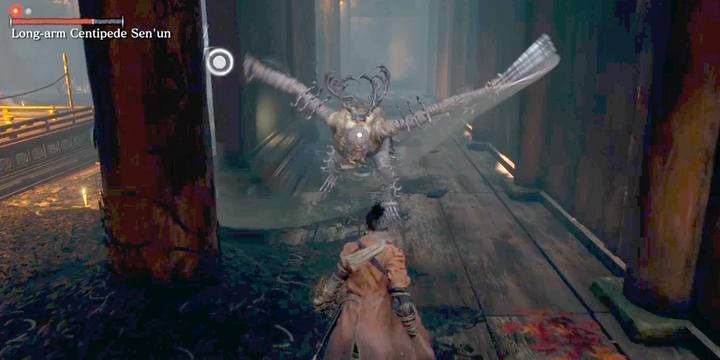 As a general rule, try to smash the enemy from air or parry the blows; when your posture gets reduced, keep your distance from the boss.

However, if you can't handle this combat technique, you can use. Fire (Fire Vent). In combination with the oil, they cause very high damage to the opponent. In addition: