On this page of our guide to Sekiro: Shadows Die Twice you can find the description considering the duel with Lone Shadow Vilehand boss. This battle takes place shortly before the final stage of the game. From our description you will learn how to weaken the boss, help yourself with the Puppeteer ninjutsu ability, as well as how to defeat the boss by getting to a rather more traditional combat.

How to unlock the duel with Lone Shadow Vilehand boss? 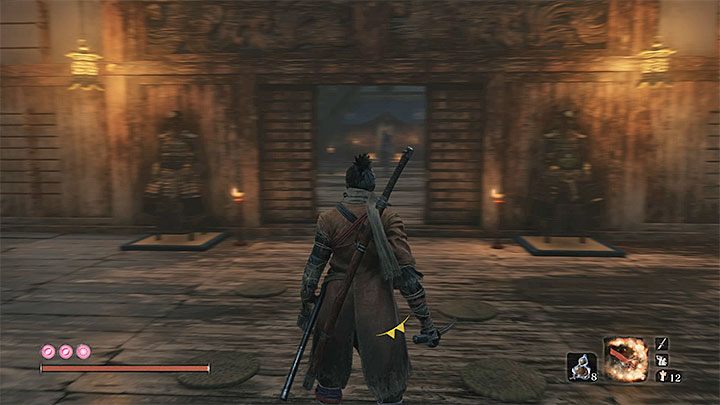 Rewards: Prayer bead, the material to improve the prostetic tool.

Lone Shadow Vilehand is a mini-boss who needs to be dealt with in the final part of the main plot, i.e. after you find three artifacts for Kuro. After returning to Ashina Castle you will witness an attack on the castle. You have to re-cross through this location to re-unlock the sculptor idol in the castle.

To start the duel with the described enemy you need to get to the sculptor idol Dojo Ashina in the Upper Tower. The boss is in the next room. His death is required in order to get to the roof of the castle, where you have to make the final choice of the game.

Description of the duel with the boss 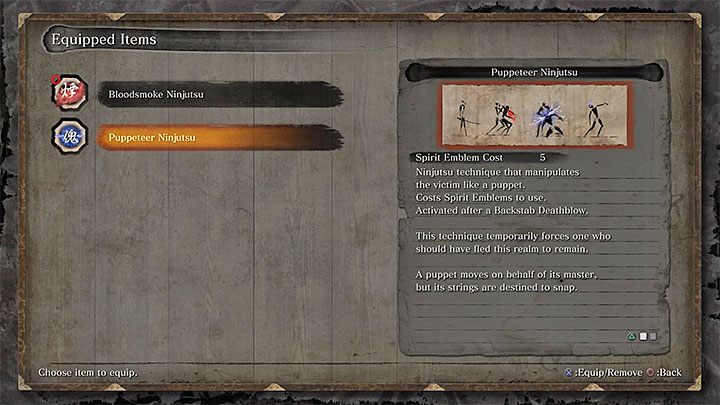 Before entering the room with the boss set the ability of the Puppeteer Ninjutsu as active. Let's remind something about this skill - you will automatically get it thanks to defeating the Folding Screen Monkeys in the illusion of the Senpou Temple. By the way, check whether you have at least 5 ghost symbols - they are essential for the activation of the mentioned ability. 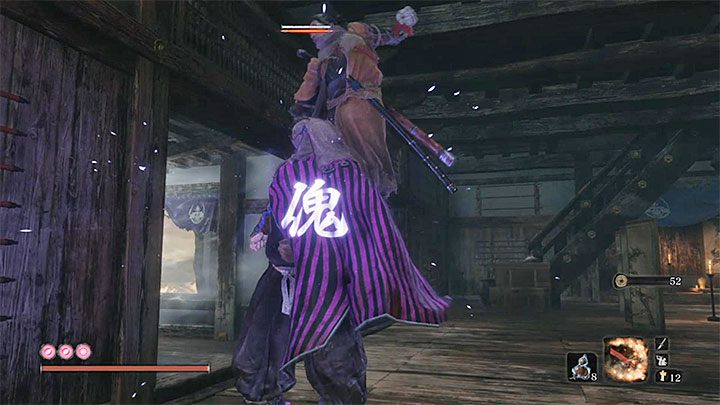 Start to crawl up in stealth even before entering the hall with the boss. Turn left and then check out the purple enemy, who is in the same room. Push the blade into his back to perform a fatal blow and immediately press the attack button again. This activates Puppeteer Ninjutsu ability - its correct implementation is being marked by a change of eye color of the opponent to blue. 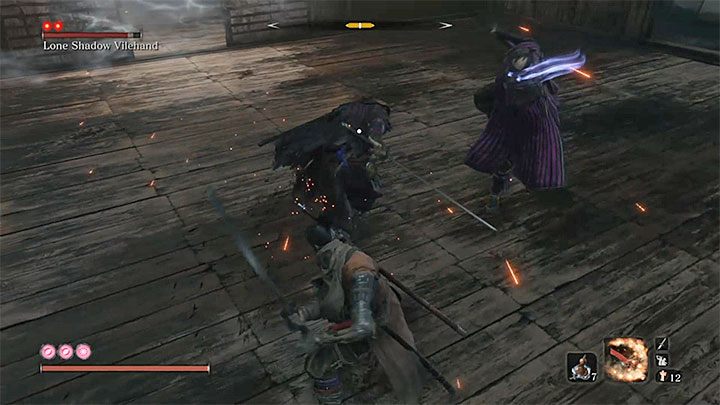 The opponent who is under the influence of "mind control" begins to fight on the side of the hero. Use this, and join him to attack Lone Shadow Vilehand boss together. During the fighting, try to avoid the use of area of effect attacks, so as not to cause unnecessary damage to the purple vanguard you have 'tamed'. He should survive about as long as the first boss will get his posture weakened. So, to the moment when you can inflict the first of two fatal required blows.

Don't ignore the purple opponent's "taming" option. Otherwise, it will also attack your hero and to win you may have to kill two strong enemies. If you don't have ghost symbols - buy at least 5 of them before the fights start. 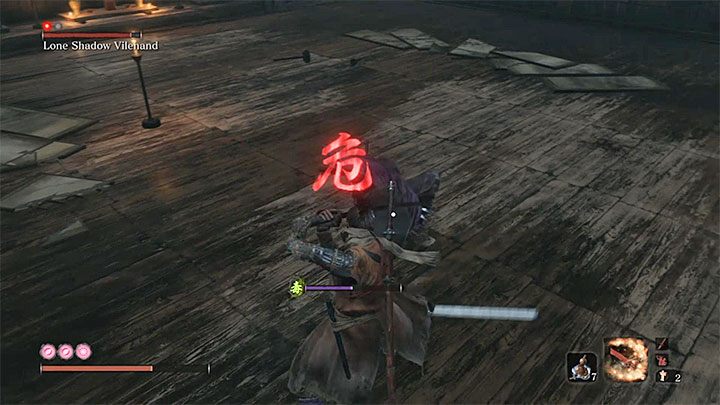 The boss fight will be more "classic" only after purple assistant will be eliminated. This is a close similar battle to the Lone Shadow Longswordsman boss, who guarded the entrance to the Abandoned Dungeon in the earlier stages of the game.

Opponent regularly uses complex combinations of attacks, which can be very troublesome to dodge and parry (or impossible in case of weapon strike). In addition, the threat of strong blows, which allow the boss to simultaneously cover a large distances (one of them is a kick, indicated by a red symbol). 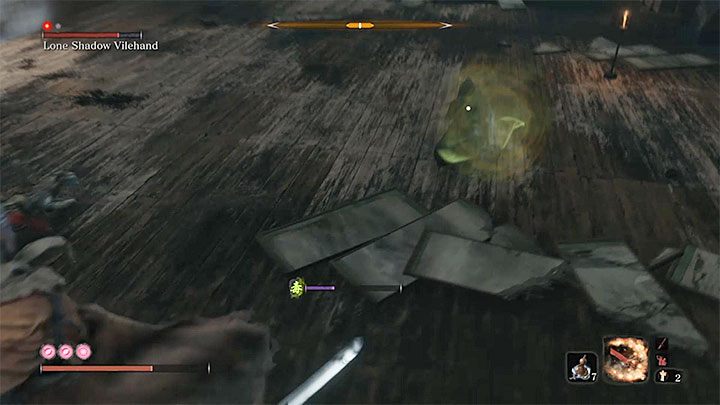 Instead of pairing punches, we recommend to often rely on dodging and leaping backward. Don't get trapped in a corner - the room where the fight with boss takes place is small and you can easily fall out of rhythm. This can happen especially if the camera is locked on an opponent and it will have problems with the correct setting. 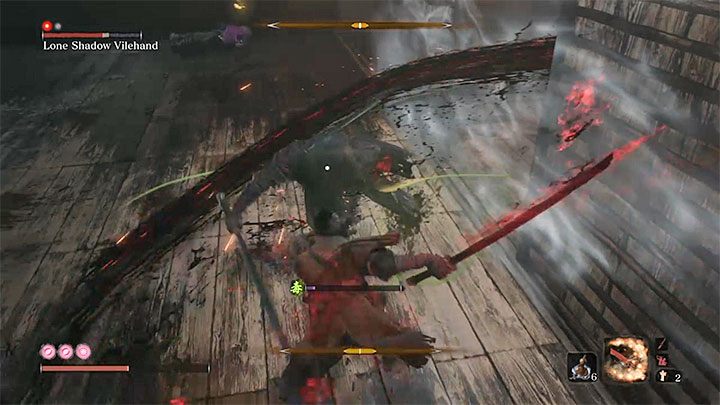 A very good attack to weaken the boss is the Mortal Draw, which you can set as an active Combat Art. It's not a very fast attack, but you should have enough time to use it right after the boss finishes one of the big attack sequences.

Alternatively you can also rely on a combination of oil + Fire Vent, which we recommended while fighting the Lone Shadow Longswordsman. You can, thus, defend from the critical attacks of the boss, but you need to have great reflexes.