On this page of our guide to Sekiro: Shadows Die Twice we have provided a comprehensive description of the second encounter with the monster called Chained Ogre. Our description explains when this battle gets unlocked and how to fight the monster for the second time. We have prepared an excellent method that allows you to kill the Ogre, without the need to consume large amounts of medications.

How to unlock the second duel with the Chained Ogre boss? 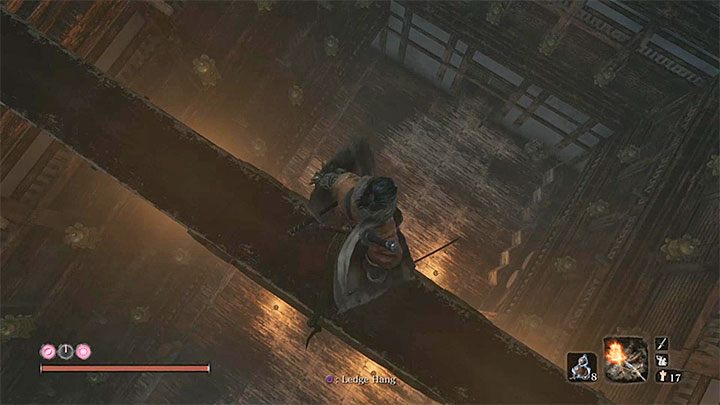 The second fight with Chained Ogre may occur after moving on to the final part of the main story, i.e. after you find three artifacts for Kuro. After returning to Ashina Castle you will witness an attack on the castle. You have to re-cross through this location to re-unlock the sculptor idol in the castle.

To duel the Ogre it is best to get to the sculptor idol - Upper Tower Antechamber. Go to the main room of the castle, ignoring enemies on your way. Jump over the railing and then leap ahead to the first floor of the castle, where the Ogre is being imprisoned.

Chained Ogre is an optional boss. You don't have to fight him to finish the main story. You can also get to the area with the boss after unlocking one of the game endings.

Description of the duel with the boss 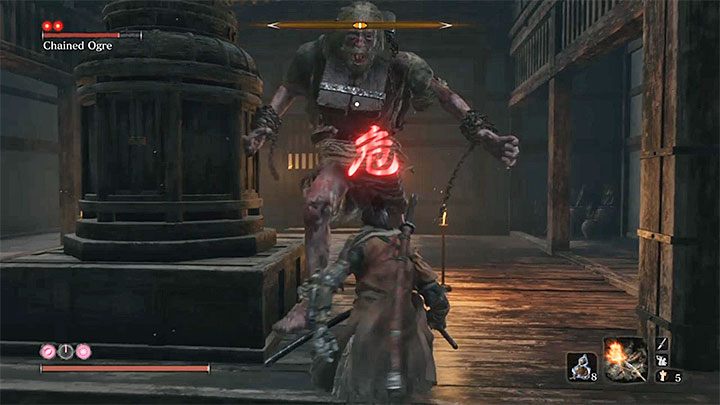 Ogre that you fight has the same attack like the boss encountered in Ashina Outskirts. Here's their quick guide: 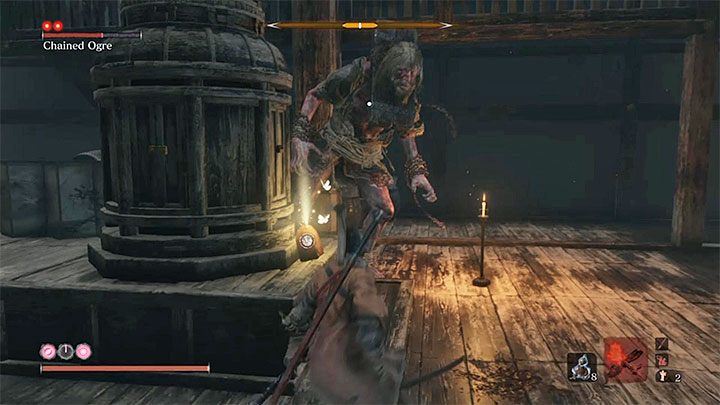 There is a very simple way to win this fight. Take some interest in the large structure in the central part of the hall - as shown in the picture. You can constantly run around it and make the Ogre follow the hero.

The action plan is to use 1-2 normal attacks with a katana and quickly jump before the boss will be able to use one of his skills. You don't need to use any special attacks and abilities, although they can certainly be useful in killing the Ogre faster. However, don't choose free attacks or overdo with their number because the Ogre can successfully strike back and deal heavy damage. Repeat the described steps to deprive the boss of his health bar two times, so you can attack him with 2 fatal blows.