There are many merchants in Sekiro: Shadows Die Twice. These NPCs will buy useless items from you or sell various consumables like Pellets or Antidotes. Below you can check the location of Exiled Memorial Mob and what you can buy from this merchant.

How to find Exiled Memorial Mob? 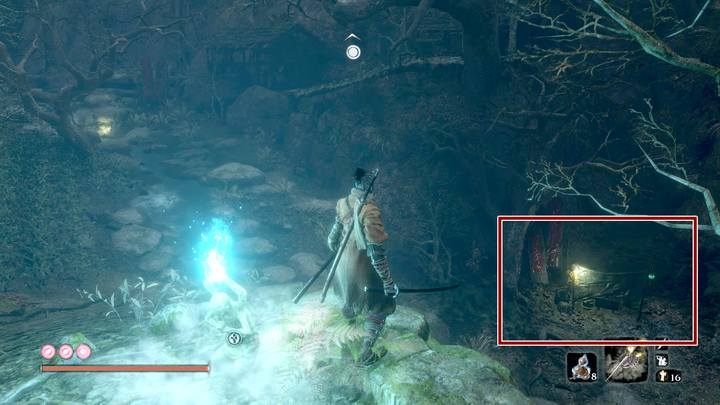 You can find this merchant later in the game (after visiting Sunken Valley and defeating Guardian Ape), in Hidden Forest (Ashina Depths). Exiled Memorial Mob is hard to miss - he sits near Mibu Village Sculptor's Idol. You can see this "bonfire" after defeating Mist Noble mini-boss.

What can you buy from Exiled Memorial Mob?