On this page of the Sekiro: Shadows Die Twice guide, you will find information on how to improve your prosthetic tool called Loaded Umbrella. In this description you will learn how to unlock it, where to find the item you need to unlock this weapon and what is the purpose of using the umbrella.

How to unlock Loaded Umbrella? 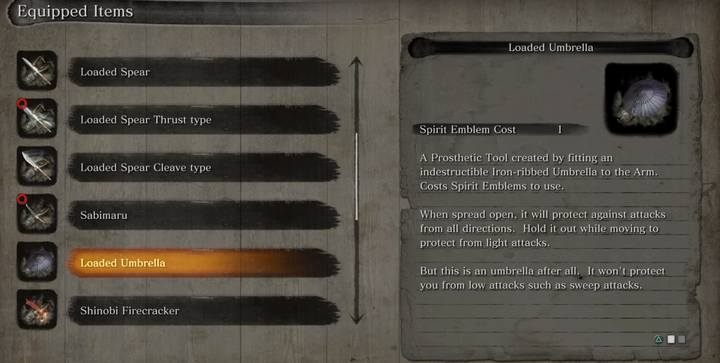 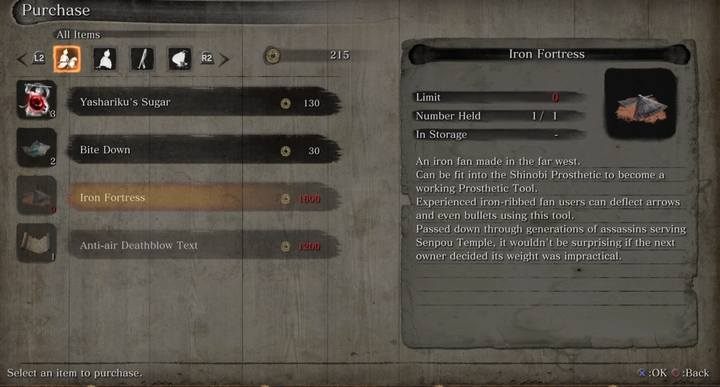 Iron Fortress - can be bought at Memorial Mob.

Loaded Umbrella doesn't require huge effort to get, you can buy it at Blackhat Badger, who can be found in the back of Ashina Castle, below the sculptor idol: Old Tomb. The item you have to buy is called Iron Fortress (1600 sen).

{niebieskaramka} The basic version of the umbrella is not particularly useful or impressive; however, it is worthwhile to familiarize yourself with the available weapon enhancements.{/niebieskaramka} 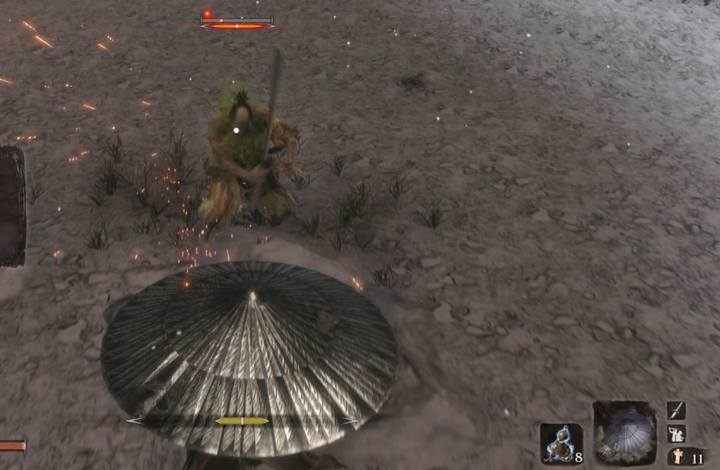 Hold the button/key to increase your defense.

The built-in umbrella serves as a shield under which the hero protects himself. This way, after activating and holding the prosthetic tool button, Wolf is protected against attacks from all sides. However, the umbrella won't protect you from some special attacks or undercut attacks, which are often carried out by opponents with peaks and spears. When you activate the umbrella just before the attack, it will act as a sword "parry". Protecting yourself behind an umbrella weakens your posture more slowly than defending yourself with a sword. 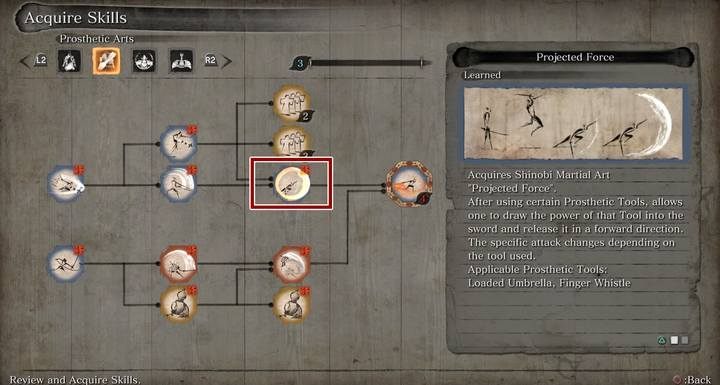 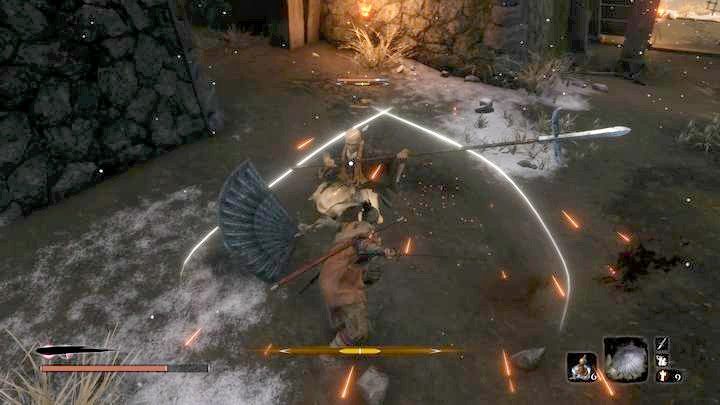 Once you have acquired the Projected Force (skill tab: Prosthetic Arts), you can perform a quick counter after the end of your defense. This technique can also be used with the Finger Whistle tool.