This page in our guide toÂ Sekiro: Shadows Die TwiceÂ focuses on the Loaded Spear, one of the prosthetic tools. Check our description to learn how to unlock this tool and what is its main purpose.

How to unlock the Loaded Spear?

Loaded Spear is unlocked in Ashina Castle - Ashina Reservoir sub-location. Go left of Ashina Castle Sculptor's Idol (towards the dungeons). There are two guards on the bridge - eliminate them. 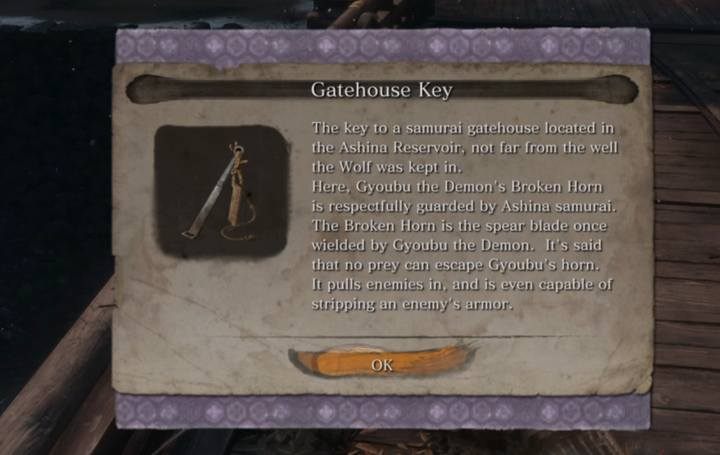 The key to the house with the treasure.

Collect the key and go to Ashina Reservoir. Turn left (the best way to cross the chasm is to use the grappling hook) and reach the gatehouse in front of you (you walked below it during the prologue). Use the key to open the gatehouse. Open the chest to take out the crafting material required for Loaded Spear. Go back to the Sculptor. 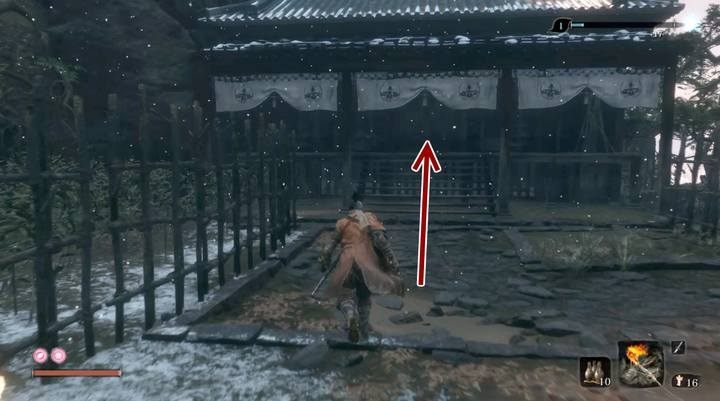 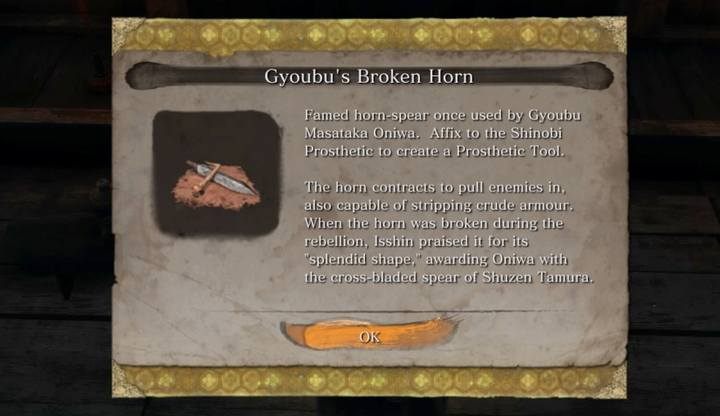 The item that unlocks the Loaded Spear.

You can use the Loaded Spear on the ground and mid-air. Press the right button to thrust an enemy from a distance and deal them regular damage. However, the basic version of this tool isn't that interesting... 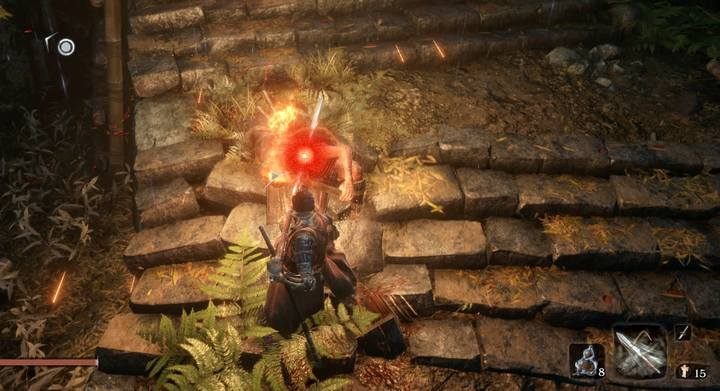 Loaded Spear Thrust Type can be a very useful tool.

Thrust Type is the first upgrade for the Loaded Spear. It has two more functions than the basic version: 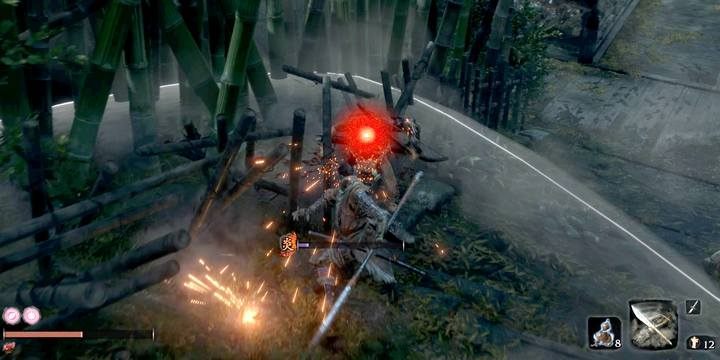 Cleave Type is the second upgrade for the Loaded Spear (you need to purchase Thrust Type upgrade first). This one works differently. Use the Spear to deal slash damage - this attack can hurt enemies around you. Usually, some enemies will have a harder time blocking this attack. 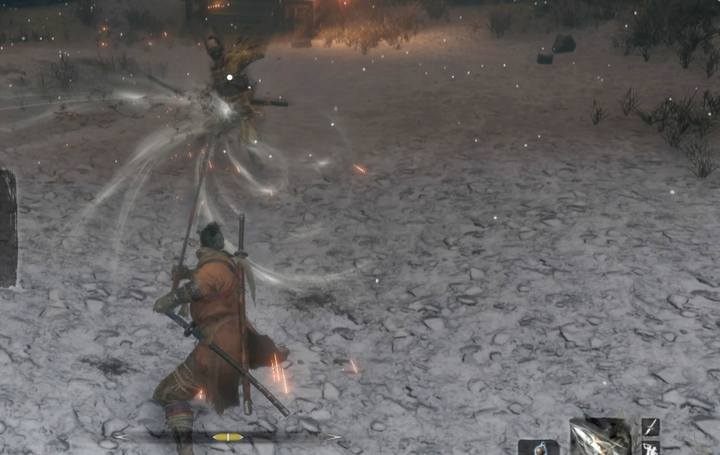 Spiral Spear is the third upgrade for the Loaded Spear (this one requires the previous two upgrades for Loaded Spear and Gouging Top upgrade for Loaded Shuriken). This upgrade makes the charge more powerful. The best way to use this weapon is to charge when you are near the enemy - thrust the Spear into its body and start pushing forward to deal massive damage. This weapon also deals posture damage. It has the ability to go through enemy defense partially.