This page in our guide to Sekiro: Shadows Die Twice focuses on Finger Whistle, one of the prosthetic tools. Check our description to learn how to unlock this tool and what is its main purpose.

How to unlock Finger Whistle? 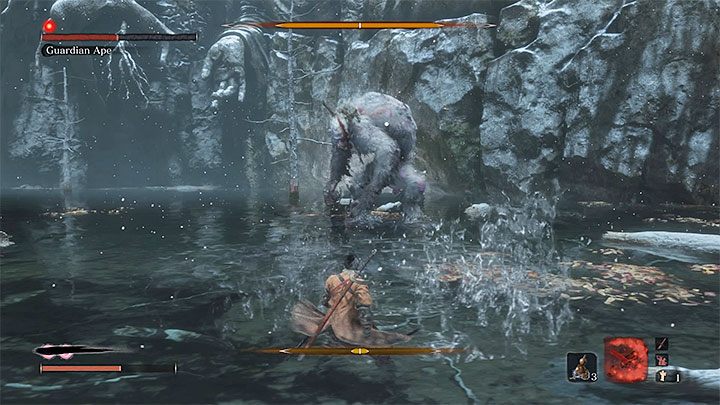 Finger Whistle will probably be one of the last prosthetic tools you unlock in the game. Its crafting material can be acquired in Sunken Valley. A boss awaits you at the end of that region - your opponent is the Guardian Ape. The description of that fight can be found in the Bosses chapter. Defeat the Ape to get a Slender Finger. 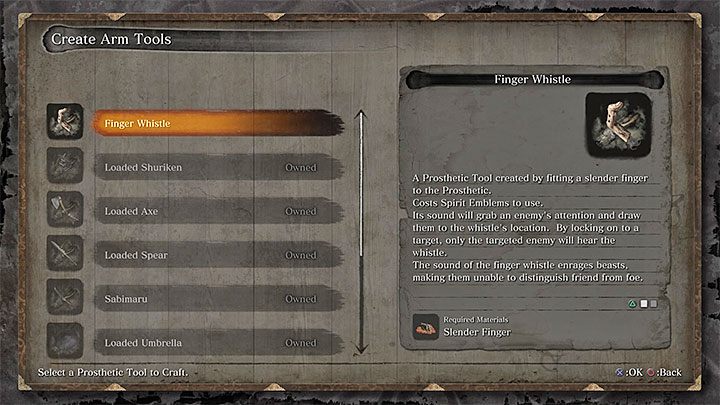 Go back to the Dilapidated Temple and visit the Sculptor. Select the option to craft a new prosthetic tool and select Finger Whistle.

Place Finger Whistle in one of the slots for your prosthetic tools. You can switch between the active tools (press Triangle / Y). 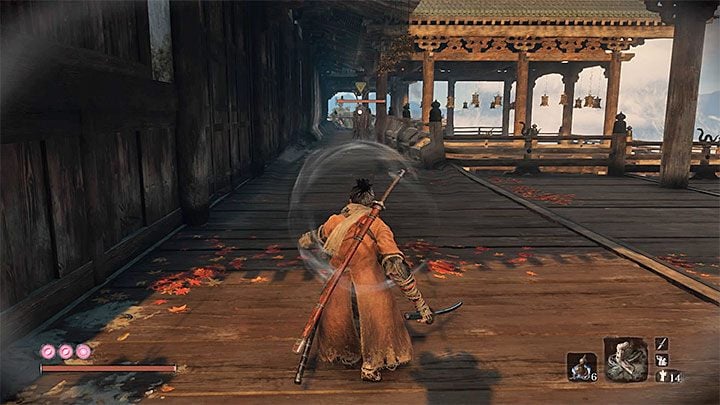 Finger Whistle has two main purposes - both of them cost you 3 Spirit Emblems. If you don't have enough of these items, you won't be able to use the tool.

The first usage is to lure an enemy out of the rest of the group. Lock the camera on an enemy (by pressing the right analog stick) and then use the Finger Whistle. This tool works great when you see two enemies standing next to each other but you won't fight only with one at a time. 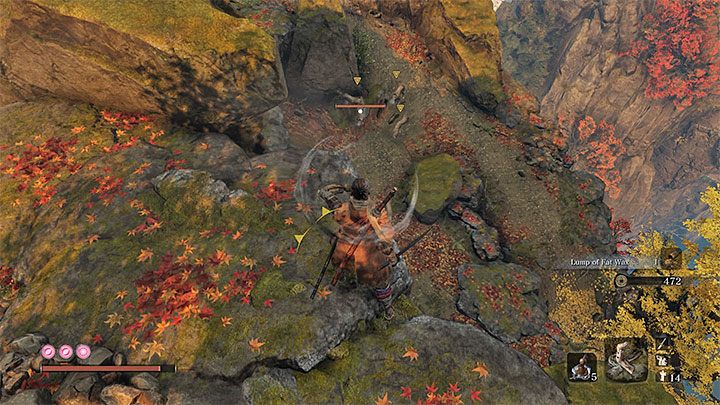 The second usage is to make beasts furious. Lock the camera on the enemy and use the Finger Whistle. When in fury, a beast will attack other monsters. This tool works great on more powerful beasts - they won't die that easily.