This page in our guide to Sekiro: Shadows Die Twice focuses on O'Rin of the Water. You will encounter this mini-boss in Ashina Depths region. Check our walkthrough to learn how to prepare for this fight and how to win. 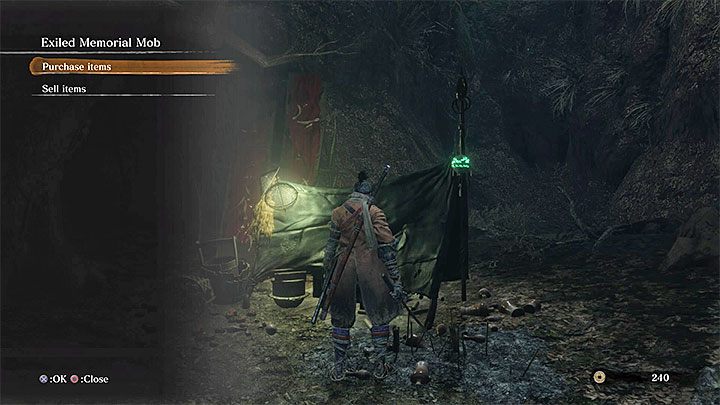 Rewards: Prayer Bead, Breath of Life: Shadow passive skill - you can get a few health points back after performing a Deathblow.

You meet O'Rin of the Water shortly after passing Water Mill Sculptor's Idol by. We recommend preparing yourself for this fight. Exiled Memorial Mob in Mibu Village (the previous Sculptor's Idol) sells Mottle Purple Gourd. Collect 1,800 sen and purchase the item. This replenishable Gourd increases your Terror defense temporarily - this status effect is inflicted by spirits. If you don't have enough gold, use other items, for example, Divine Confetti, to protect yourself from this negative status. 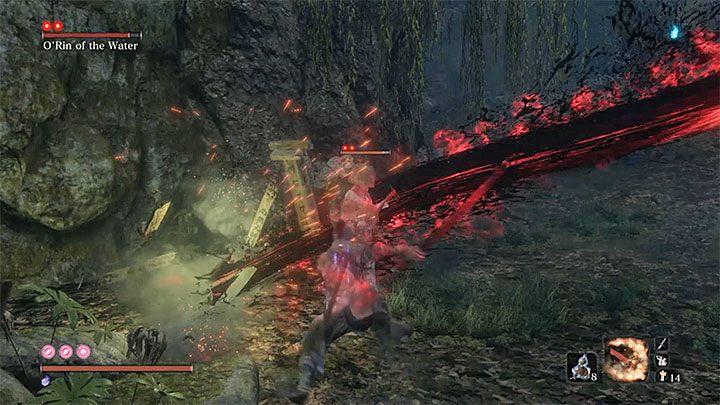 Use Mottle Purple Gourd (or any item that protects you from Terror effect) before you enter the glade where O'Rin of the Water is. The mini-boss won't attack you right away - use this opportunity to perform a powerful attack. Thanks to that, you will deal a lot of damage to both health and posture. The attack used in the picture above is called Mortal Draw - Sekiro performs it with the Mortal Blade received in Senpou Temple. 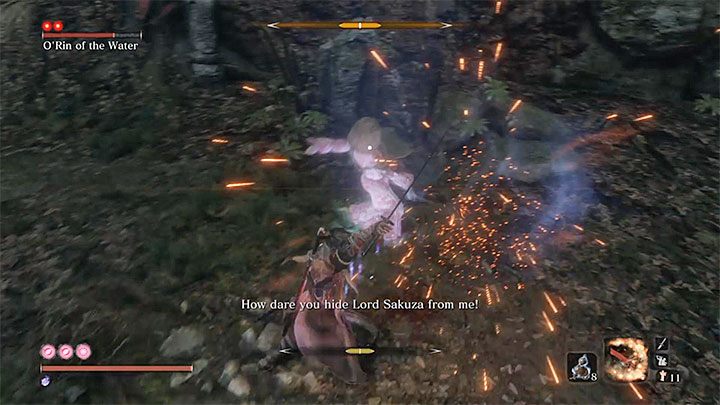 Focus on deflecting O'Rin of the Water's attacks. She can perform combos or attack you with a single slash after she floats above the ground.

Play more defensively in this fight. However, you can use a strong attack after O'Rin finishes her combo (and fails to hit you). Be sure that your attack doesn't start slowly. 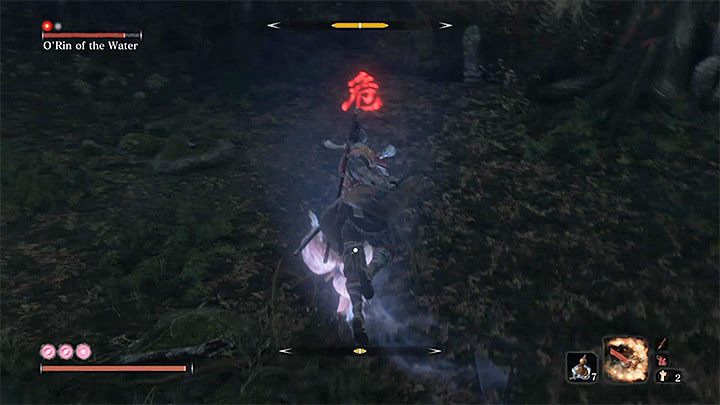 Wait for the attack marked with the red symbol. When O'Rin of the Water uses it, jump towards her. Do that and you will avoid the attack and get a chance to deal her damage, lowering her posture. This is the best way to deplete this mini-boss' posture bar. 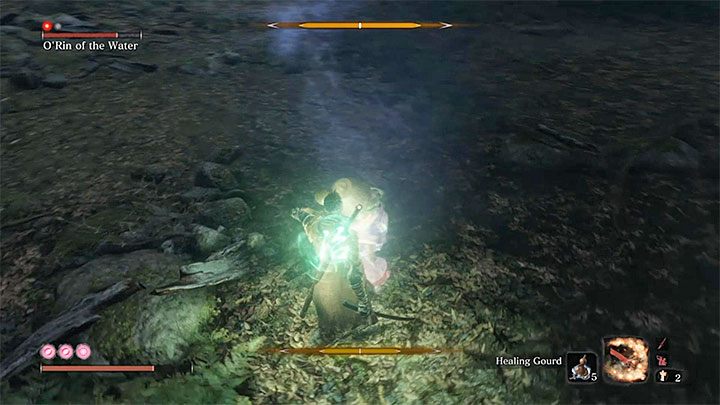 The strategy described above is enough to win the fight - deflect her regular attacks and jump over her unblockable move.

Avoid making many mistakes here. O'Rin of the Water won't give you many opportunities to heal. She will try to attack you as soon as you start healing, even when you are farther away. Try to use only Healing Gourds (they are faster than, e.g. Pebbles). Hold the block button right after you are done with healing yourself.