Death in Sekiro: Shadows Die Twice costs you half of your XP and gold. This loss can be tremendous when you have accumulated several thousands of XP or sen. On this page, you can find special ways in which you can play that will make the potential loss of XP or gold less problematic.

How to limit the problem of losing huge amounts of XP? 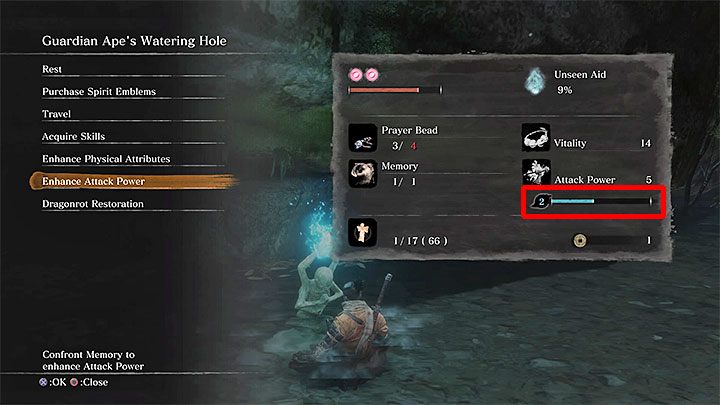 The best way to avoid losing huge amounts of XP is to level up before a boss fight or any more challenging battle. Attack weaker enemies to gain XP. For more tips, check out, e.g. XP and Gold Farming chapter.

If you start a more challenging fight right after you level up, you won't lose a lot of XP upon death.

How to limit the problem of losing a lot of gold? 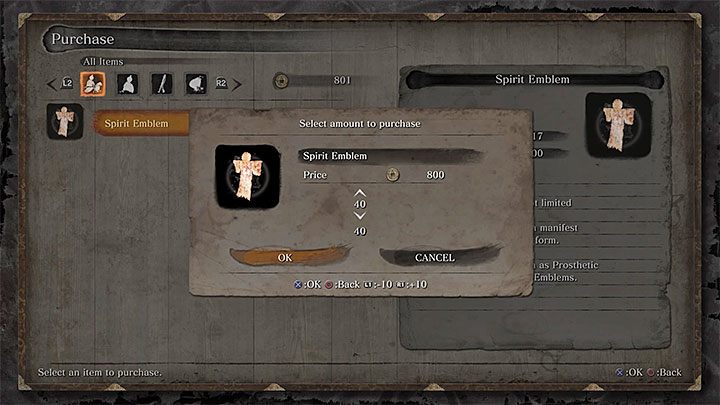 If you die in Sekiro, you lose half of carried gold - sen that aren't kept in purses. There are two ways in which you can deal with this problem.

If you follow this method, you won't run out of Spirit Emblems even after a few fights with the same boss. Otherwise, you would have to either get more gold or try to defeat a particular boss without Spirit Emblems. 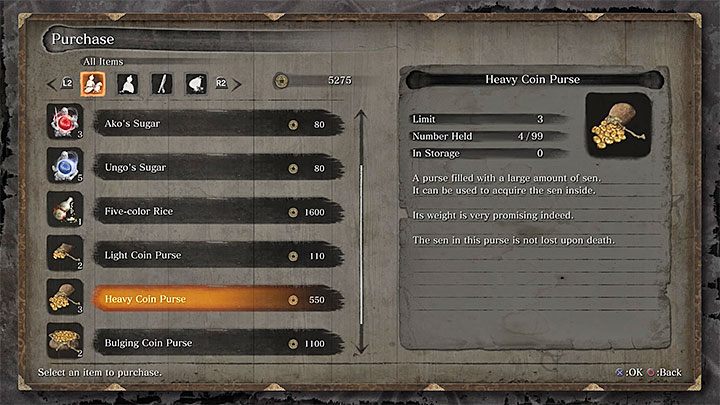 The second method is to store gold in purses bought from merchants. Sadly, purses cost 10% more than what they can store. For example, a Heavy Coin Purse can store 500 sen but it costs 550 coins. Despite that, you should still buy them - having 10% less gold is better than losing half of your fortune.