Fans of FromSoftware games are familiar with the mechanic of summoning another player to defeat a boss. Read this page to learn whether Sekiro: Shadows Die Twice has this mechanic or not. 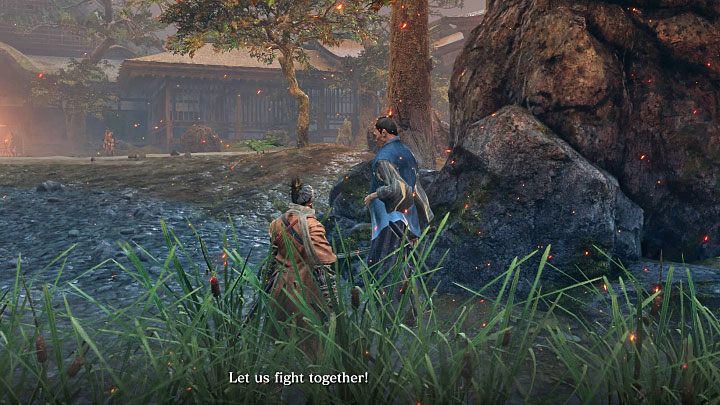 You can't ask others for help in Sekiro: Shadows Die Twice. You have to defeat all enemies alone. Sekiro doesn't have any multiplayer options, including PvP. This means that you can't fight with others.

A certain facilitation is that some bosses have specific weaknesses that can be exploited against them, for example, there is an opportunity to start fighting against them by taking a deadly blow out of surprise. In exceptional situations, you can also count on the help of the NPCs. An example of such a situation is the friendly samurai shown in the picture, which can help the hero to deal with the Juzou the Drunkard boss. You can also meet NPCs who offer tips on how to defeat a boss or who would like to share their knowledge about a unique monster's hidden lair.