This page in our guide to Sekiro: Shadows Die Twice focuses on the fight with Genichiro Ashina. This is one of the bosses you have to defeat in order to make progress in the main story. Our description contains information about Genichiro's attacks and ways of weakening him. 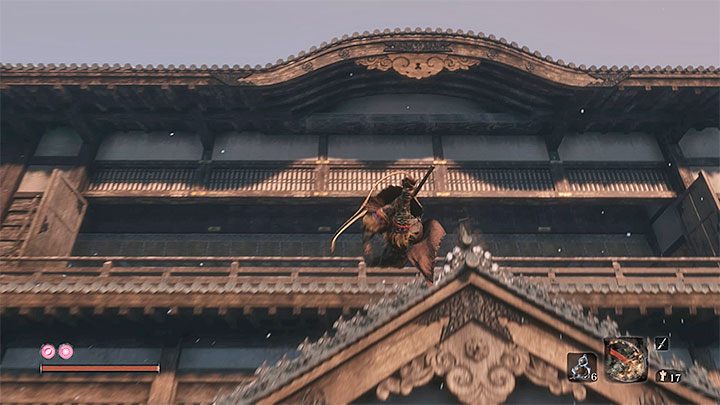 Rewards: Memory: Genichiro Ashina, Ninjutsu Techniques - they have their own slot in the menu where you can set your active skill, Bloodsmoke Ninjutsu.

You encounter Genichiro Ashina after you reach the highest point in Ashina Castle. Exit through the window on one of the bottom floors. When you are on the rooftop, use the grappling hook to reach the watchtower presented in the picture.

Preparing for the fight with Genichiro Ashina 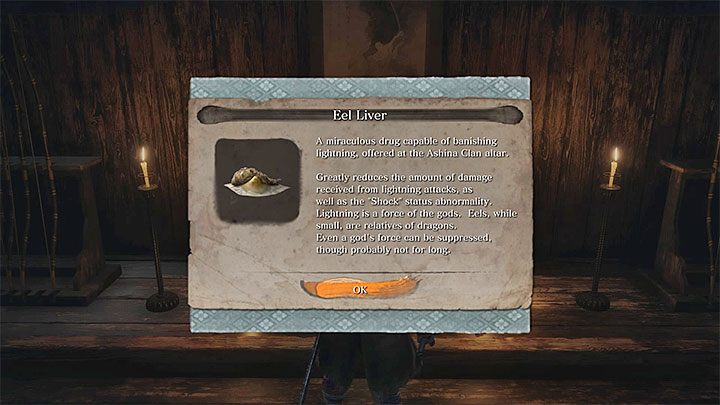 Preparations are optional, but you shouldn't skip them: 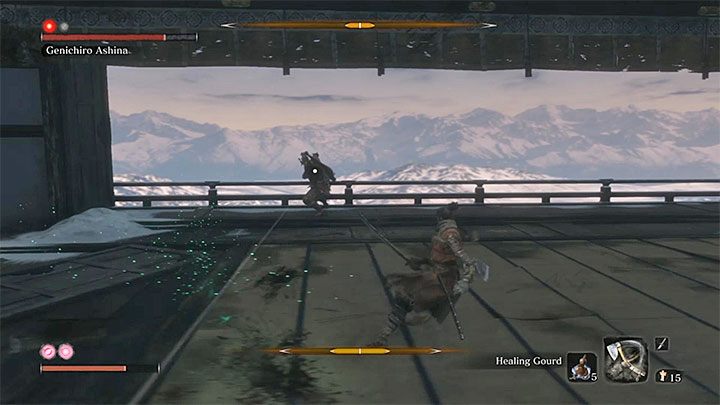 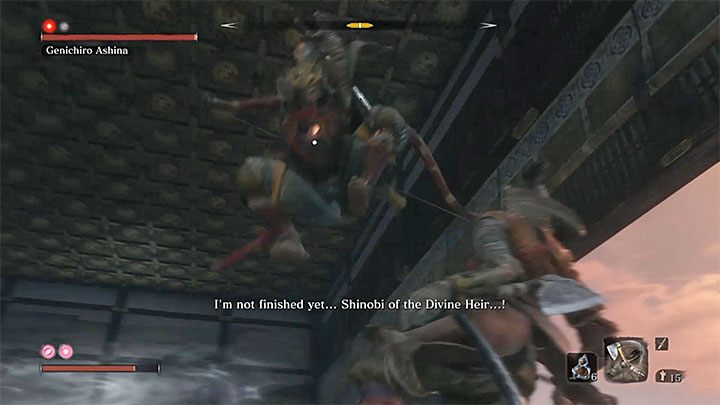 It is important to dodge Genichiro's unblockable attacks (those marked with a red symbol). Genichiro has access to all types of these attacks - thrust, sweep and grab attack.

The majority of the unblockable attacks happen after Genichiro makes a long jump (see the picture above). If you don't want to risk with identifying them and countering with Mikiri Counter, move back from the boss before he lands on the ground. 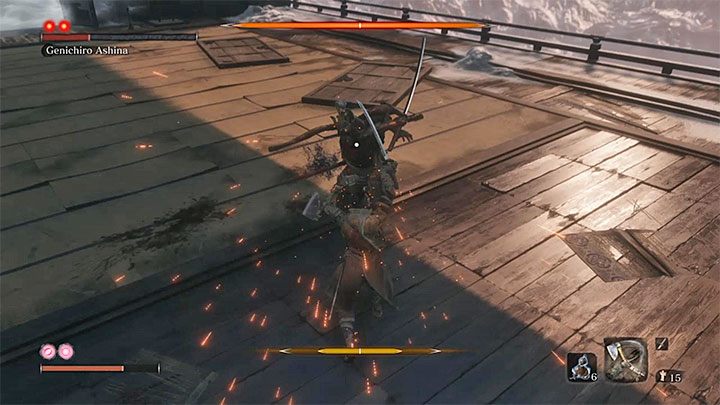 You need to be aggressive if you want to defeat Genichiro. Don't try to fight with him from a distance. Instead, you have to keep reducing the distance. Perform a single or a few melee attacks and try to deflect Genichiro's strikes.

Defeat Genichiro by weakening his posture, not by depleting his health bar. You can't make longer breaks between attacks - the boss restores his posture fast. It will take longer to regenerate after Genichiro receives more damage. Deplete Genichiro's two red dots to start the second phase of the fight - you can do that by performing 2 Deathblows. 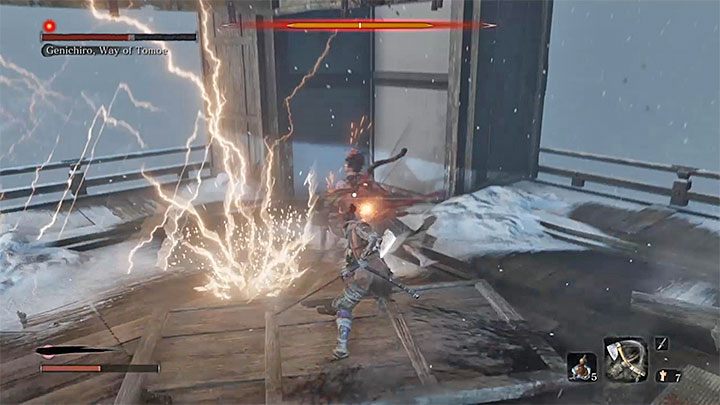 You can eat an Eel Liver at the beginning of the second phase. You need to weaken Genichiro's posture once again. He doesn't have his armor anymore, however, the boss is now able to use a powerful attack during which he shoots lightning. You can act in three ways: 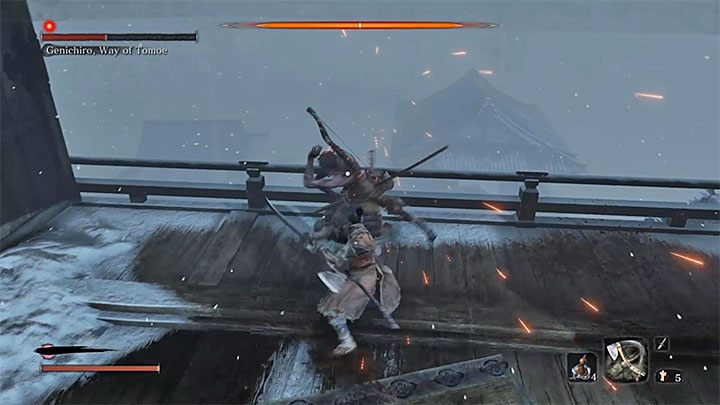 Besides the addition of the lightning attack, you need to fight the boss in the same way you did during the first stage. Keep attacking him with fast melee attacks. Strike him once or a few times and then focus on blocking Genichiro's attacks.

Genichiro in his second stage can use unblockable attacks, too - he relies on thrusts. Dodge them at the right moment or use Mikiri Counter. If you still have a few Spirit Emblems left, now is the best moment to use them all. We attacked the boss a few times with Shadowrsuh. Deplete Genichiro's posture bar to deal him a Deathblow and then perform a Shinobi Execution (this happens automatically).