The next section describes the boss fight with Lone Shadow Longswordsman in Sekiro: Shadows Die Twice. This is a mandatory boss, standing on the way to the zone called Ashina's Depths. The following description contains basic information about the enemy, his residing location and useful tips.

Where to find Lone Shadow Longswordsman? 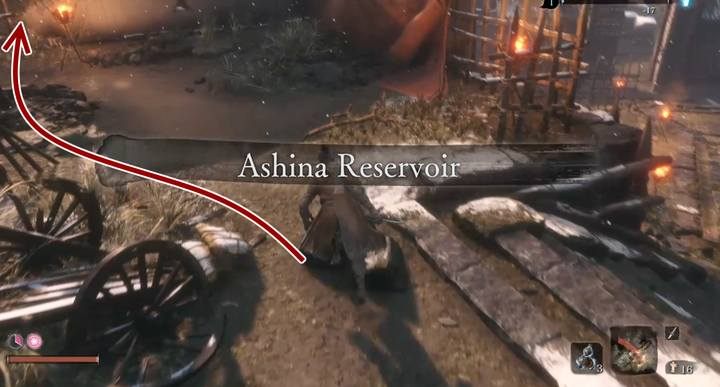 From the control point immediately turn left and jump over the abyss. 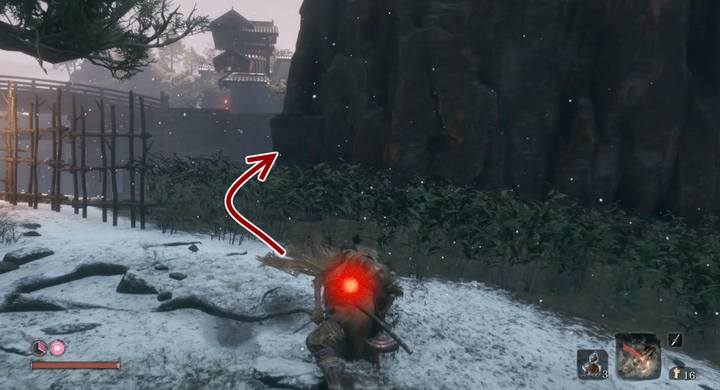 Then go over the edge of the building to the left of the abyss.

This boss can be found in Ashina Reservoir, where you started the prologue [channels over the precipice, head to the left of the bonfire]. Before you go down, you will meet a man, but there is nothing to say. This boss is compulsory because he is watching the descent to the place of Ashina Depths. This is a very dangerous area, but before you go there, you can freely take a fight with this boss at an earlier stage - so he's not a big problem.

How to deal with Lone Shadow Longswordsman? 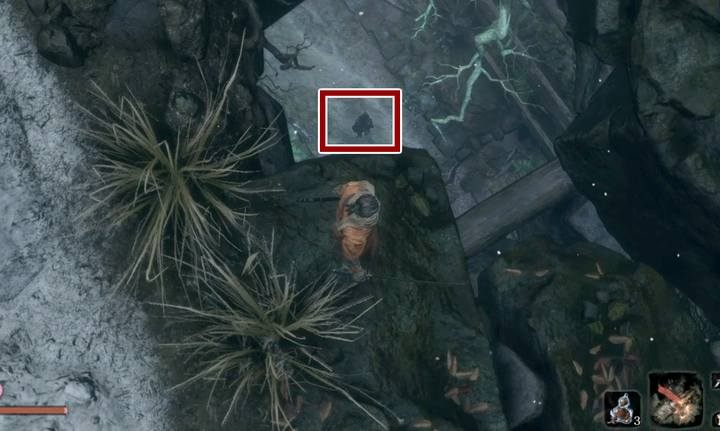 It is important not to go down to the boss on the stairs. A few meters away there is a hole in the rocks - you will see the opponent at the bottom. Jump on it to make a critical hit [attack when you see a red dot on the opponent - you have to aim correctly to find yourself perfectly over the enemy] (making your way from the back, there is no chance of success, even with Gachii Sugar). 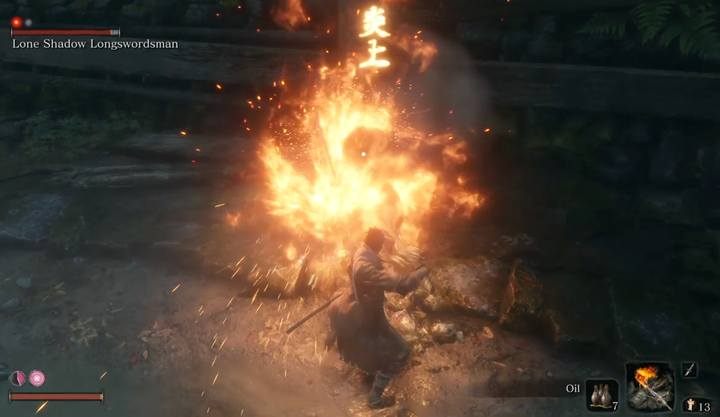 Critical arson of the enemy is signaled by a yellow marking above his head; oil helps to get this effect. The enemy is then temporarily paralyzed and takes fire damage.

The key to victory is to dodge instead of resisting the blows. Enemy quickly reduces your posture and often uses complex combination of attacks, from which you can easily leap away. By countering his attacks you take the risk of cornering yourself, which is unacceptable in this battle. Be mobile to be able to sometimes restore health, set better position, or prepare a prosthetic attack. This battle is well suited by using oil + flame vent.