This chapter describes the battle with Shinobi Hunter Enshin of Misen boss in Sekiro: Shadows Die Twice. This is the first boss in the area of Hirata Estate. The following description contains info about area of the fight and how to defeat the boss.

Where to find hunter Shinobi Hunter Enshin of Misen?

Location: Hirata Estate [nearest save point: the road to the estate] 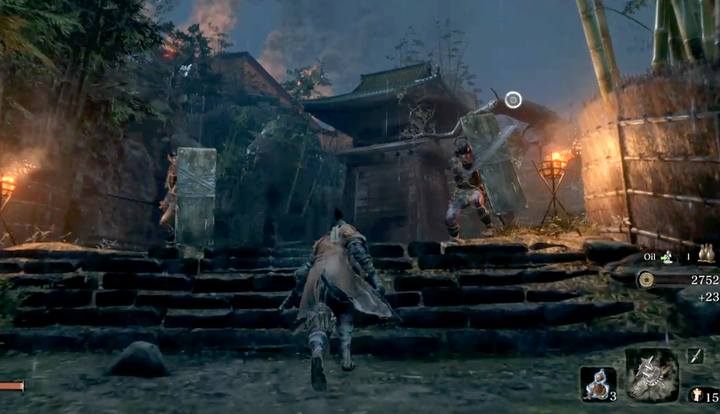 The guards on the bridge can be bypassed, they do not matter for this duel.

Shinobi Hunter Enshin of Misen resides in the estate of Hirata. It is not possible to further explore the estate and obtain the key to the temple; which makes him a mandatory boss that prevents the further completion of the Estate Hirata. Following the main path to the estate, you will eventually reach the bridge, guarded by two guards with shields (if you do not have an improvement prosthesis, mounted tops, it's better to let go of the fight and just break through them).

The boss is right behind the bridge. He is guarded by four guards:

Eliminate them first, otherwise they will bother you very much in a duel with the boss. If the boss saw you at a distance run away - minions of the boss will not reappear in their spots, unless you use rest or fast travel.

How to deal with Shinobi Hunter Enshin of Mizen? 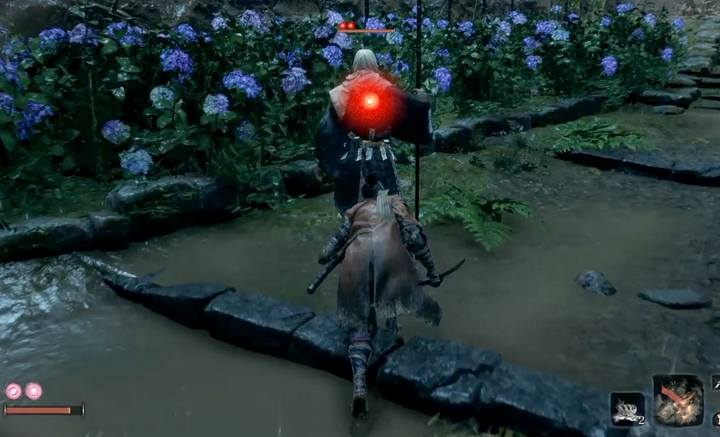 Attack the boss from behind; previously you need to get rid of other opponents.

The boss is not very sophisticated, but it can bring some problems. Remember that you can always escape from the battlefield to avoid death - unfortunately, the nearest checkpoint is at the gate of the estate. As often happens, the task of blowing the first critical strike in stealth mode is the key. So the enemy can't know about you.

If you try to take the opportunity to critically attack the boss without eliminating his assistants, you will exit the arena when the boss returns, he will have an updated health. 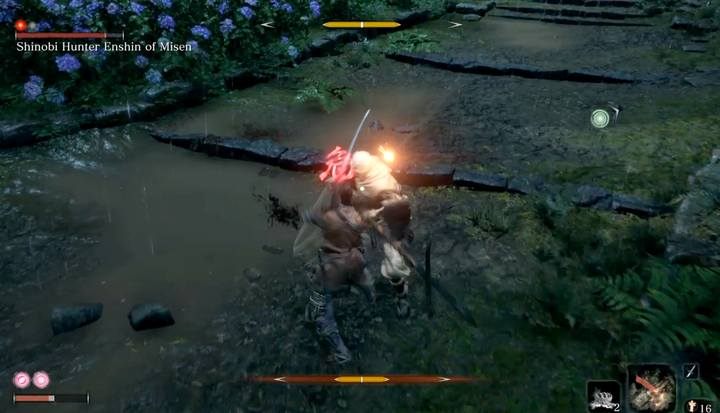 Perform a quick attack while boss regenerates his attack to interrupt his offensive.

Shinobi Hunter is equipped with a massive tree weapon. Like almost every opponent of this type, he constantly uses a special attack. He uses its four methods: push blow, push with a toss, several quick blows, side slash. There are four ways to avoid it: 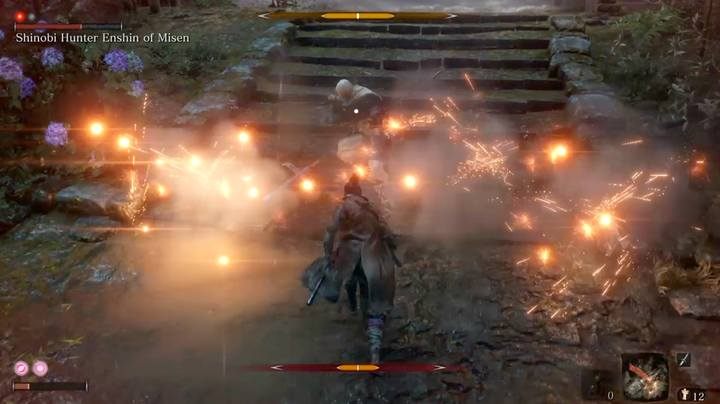 This battle should be short, if you immediately go on the offensive. The enemy has a very weak posture, which slowly falls - its reduction will allow for critical strikes even when his health is completely full. 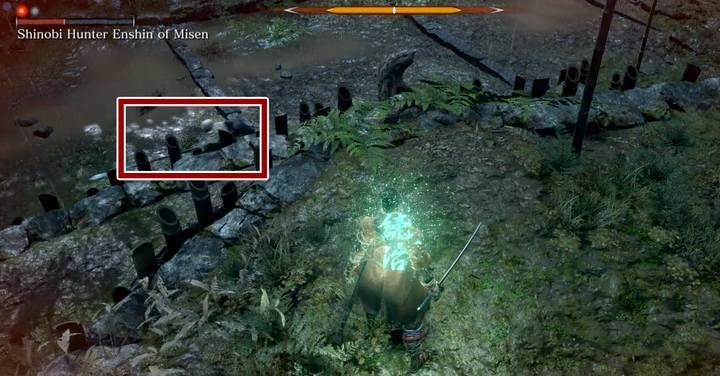 Tip: use the terrain height. It will allow you to think over tactics more freely, to see available means of fight, or to cure or use preparations during the fight. The opponent does not know how to jump, so he needs to get to you taking various ways.