Blazing Bull is the last opponent on the way to the castle of Ashina in Sekiro: Shadows Die Twice. This boss is compulsory. Below you will find information on where to find the boss and where the fight will take plase. Also, you can read tips on how to defeat the bull.

Where to find Blazing Bull? 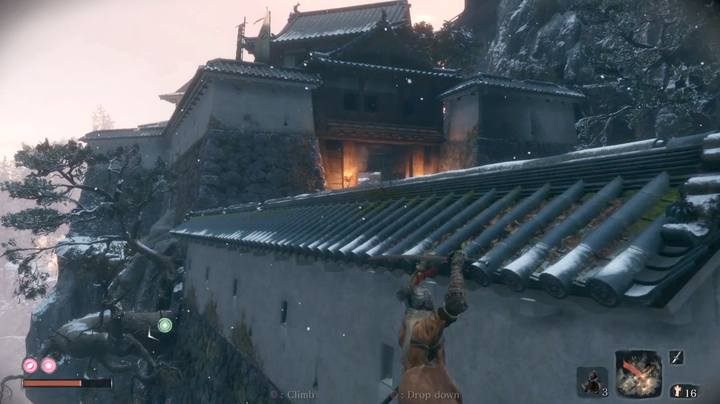 Since the last checkpoint, head up the castles; you can evade enemies - the boss battle arena is a closed zone.

Fighting Blazing Bull will occur shortly after defeating the boss Gyoubu Oniwa, as soon as you face enemies who are guarding the stairs to the castle, starting the hike from the sculptor statue "the gate of the castle the Ashina".

How to deal with Blazing Bull?

At the entrance to the arena go immediately towards the two enemies - there the bull will appear. He will kill the enemies.

The combat with the bull takes place in a small area. The key to proper fighting is the ultimate blocking of every bull attack with a sword. The boss does not have special attacks, the only thing he does is attacking with a lot of speed to crash the Wolf and then turns, continuing the attack. His behavior will change when you are near - he will try to hit you without impulse. 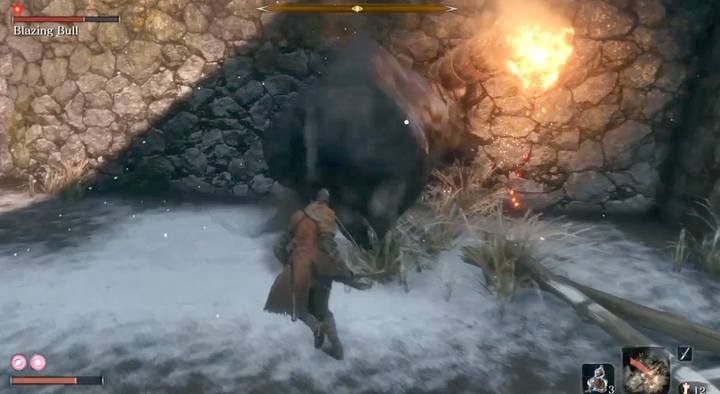 Try to drive the enemy into a corner, and turn with him, holding to his back.

The main strategy is to drive the enemy to the wall, then into a corner, and stick to his back. Blow 2-3 strikes and move so that the enemy is not able to hit you (it can rotate only approx. 45 degrees). 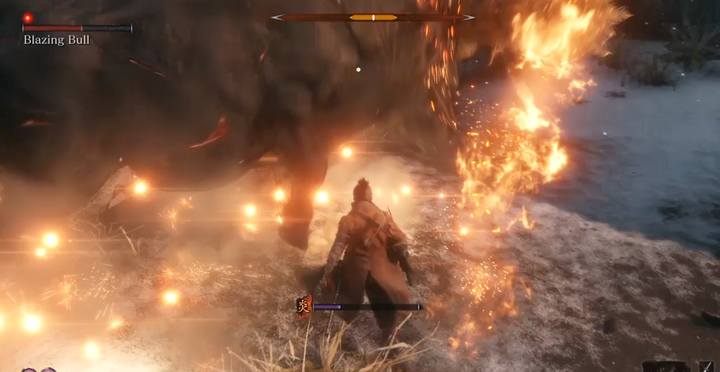 In preparation for this fight, it is necessary to take a Dousing Powder; they can be used even when you are not burning to activate the resistance system on fire. Because the Bull has the flaming horns, which easily may put the hero on fire. It is also important to use Shinobi firecrackers, as in the fight against Gyoubu: fireworks causes the bull to stop his current attack. At that time, temporarily, he is completely vulnerable to attack when standing on hind legs.

As a reward for the battle you get 2. the degree of cure shinobi (passive) - improves the action of all medicines. You will also unlock access to Ashina Castle.