Gyoubu Oniwa is the first real boss you will meet in the Sekiro: Shadows Die Twice. Those who have so far occurred were usually "mini bosses". Fighting Gyoubu is difficult and requires adopting an appropriate strategy, so this chapter is only about fighting this opponent.

Location: Ashina Outskirts [the nearest control point: a fortress on the castle gate] 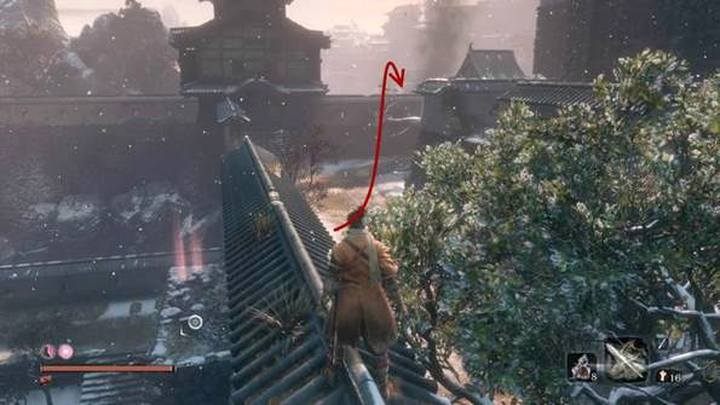 From the Fortress point at the castle gate, in Ashina Outskirts (this point is located next to the valley where you run away from The White snake) move through the walls of the fortifications, to the battle square behind the buildings. When approaching the center of the arena, Gyoubu Oniwa will ride up from the opposite side on a horse. 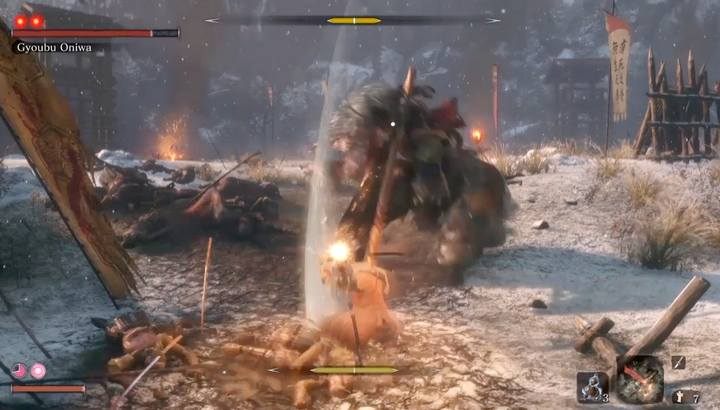 Conventional blows may be commonly parried with the sword.

The fight is divided into two parts, as the boss has two health bars. In both cases, his behavior is similar, but in the second part becomes more persistent, uses special hits more often and you should use pull line to find yourself next to him. 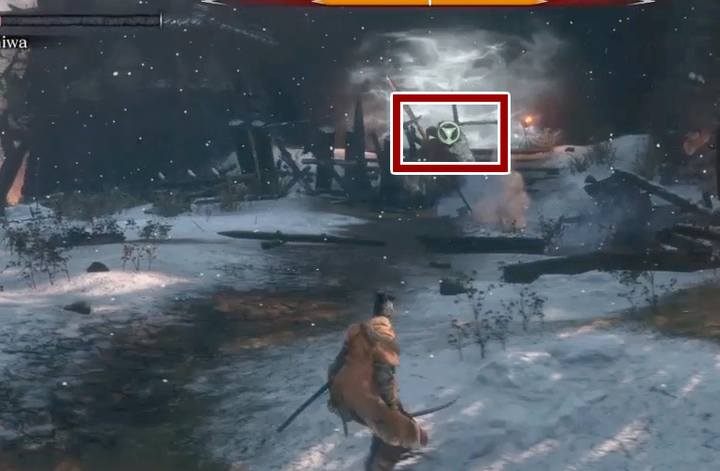 When a green symbol appears above the boss's head, use the grappling hook to get close to him: it is easier to hit him and protect yourself from attack or rotating weapons.

The boss uses a simple attacks of his pike, charge attacks, skills, and ranged attacks, in which a vortex cannon deals damage to everything in its path in a wide range of damage (but not when you are standing next to the horse). Key tips: 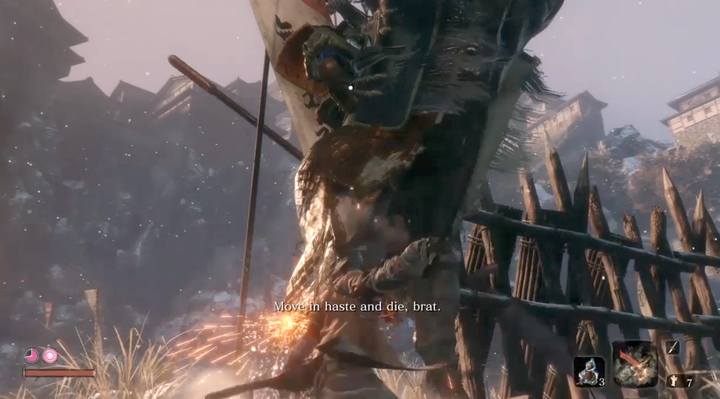 Tip: the first strikes can be applied already when the boss enters the arena and presents himself - in this stage the opponent is not attacking, but takes blows. 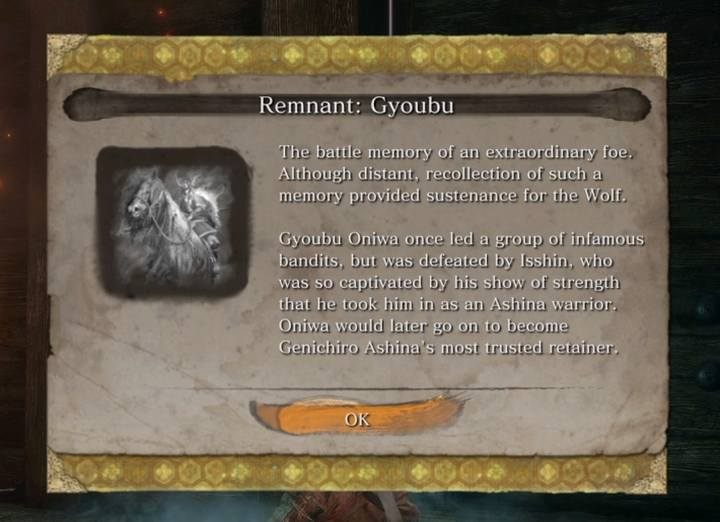 Use the knowledge gained in battle to improve the attack power parameter.

After the battle, do not forget to use the bonfire. By selecting the Enhance Attack Power, you can use the memory of the fight against Gyoubu to get an extra point of strength to permanently increase the damage done.