In Sekiro: Shadows Die Twice you will find several traders who would love to buy unwanted items from you and offer common use items like Pellets or Antidotes. Below you will find information on where to find and what you can purchase from Dungeon Memorial Mob.

Where to find Dungeon Memorial Mob? 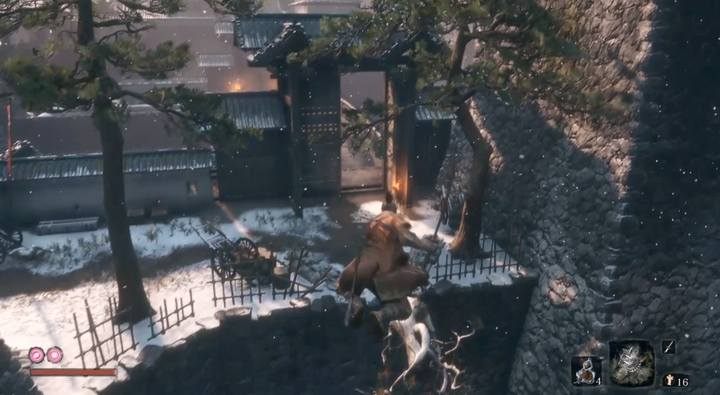 Standing behind the door leading to the Ashina castle, jump to the left, over the ruins - then there is a bridge. 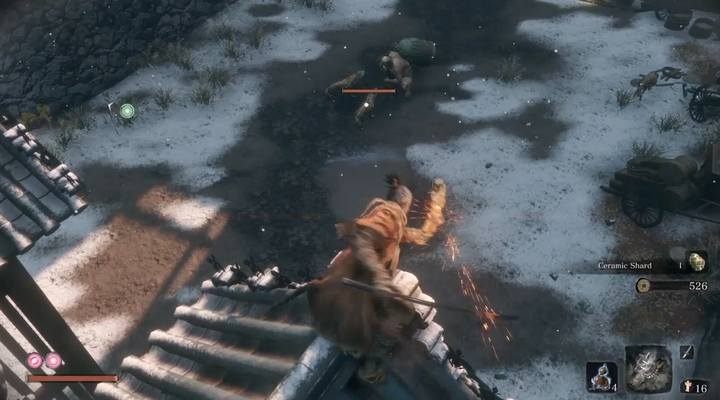 Behind the bridge you will find a big enemy with a bell on his back. It's not the boss; you can get around him on the way to the dungeon. You can also kill wolves with shuriken, and then use Gachii Sugar to sneak behind the enemy and kill him with one blow. Behind the door turn left and you will find a statue of an abandoned dungeon and Dungeon Memorial Mob nearby.

What Crow's Bed Memorial Mob has to offer?