Esoteric Texts are also known as the skill books in Sekiro: Shadows Die Twice. On this page of our guide we explain what books you can get and what additional requirements you should possibly perform to get them.

Side in preparation. In the near future we will add more detailed descriptions of the books, as well as information about the places of subsequent esoteric texts. 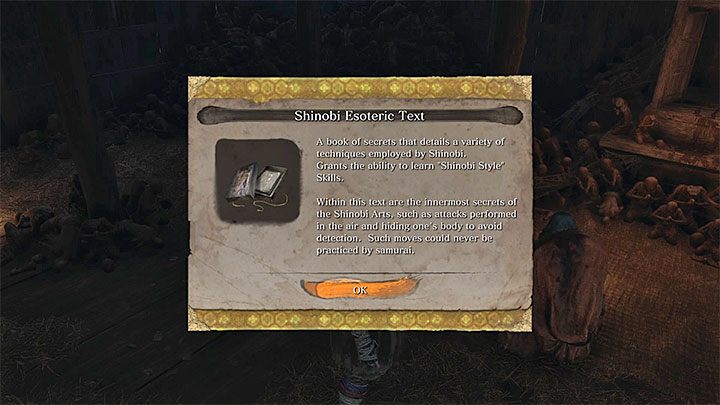 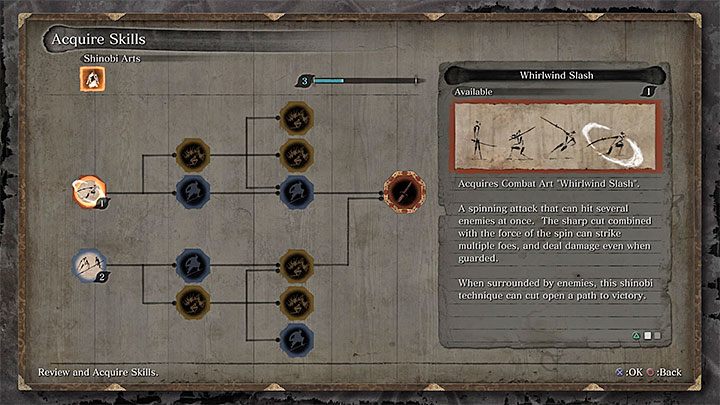 This book can be obtained at the Sculptor. To get it is very simple. After finishing the prologue get 1 point skills during the study of Ashina Outskirts, so collect enough XP to advance to the next level of experience. After that, you managed to return to the Seedy Temple and meet with the Sculptor. 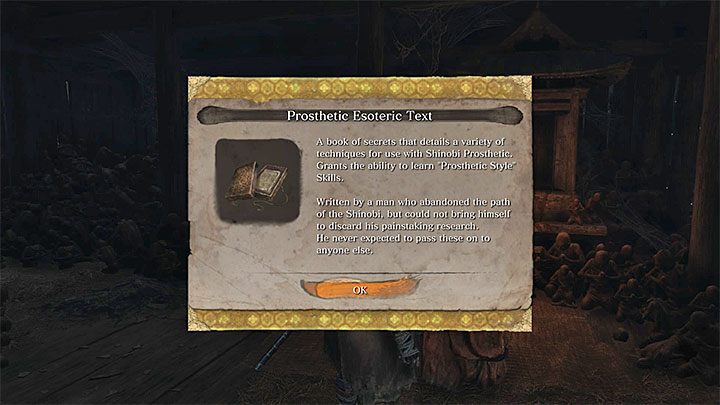 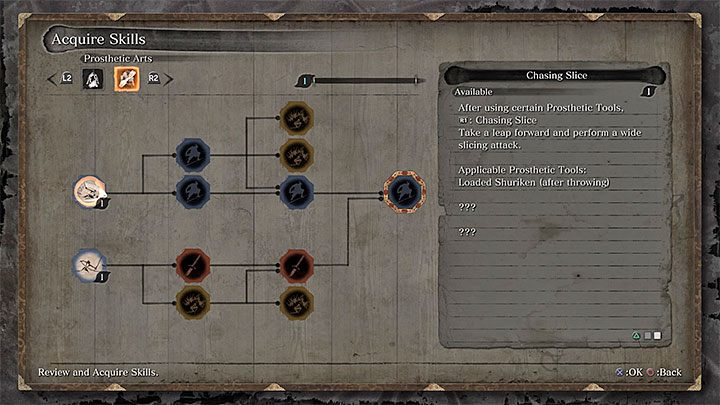 This book can be obtained at the Sculptor. It is a bit more complicated than the last book. It is necessary to make 3 different tools prostheses. In the starting spots you can get materials for the production of four tools:

Give the sculptor any three ingredients. During the next conversation with him you will receive an esoteric text. 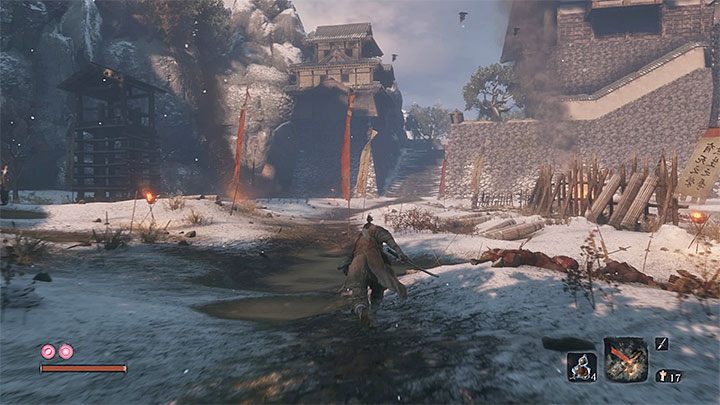 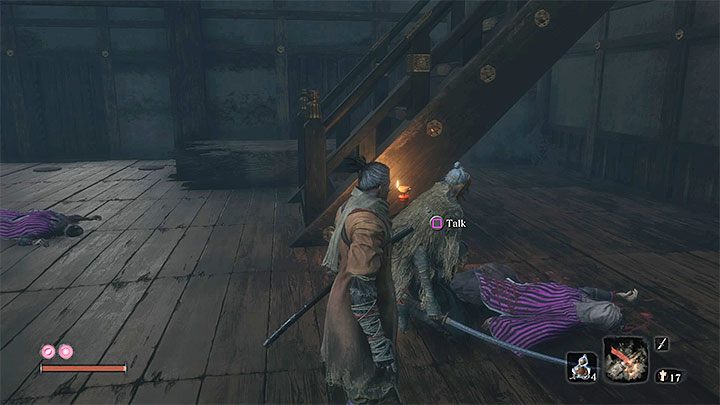 This book is a reward from the NPC and Tengu of Ashina for completing a task he requested. With the above-mentioned NPC you can meet as early as possible after you defeat the boss General Gyoubu Oniva in the final part of the Ashina Outskirts (sculptor idol called Ashina Castle Gate).

Stay on the battlefield, where the duel with the boss took place, go towards the stairs leading to the previously inaccessible part of the fortress. Come inside and talk to the Tengu of Ashina. He asks the hero to get rid of a few "rats". 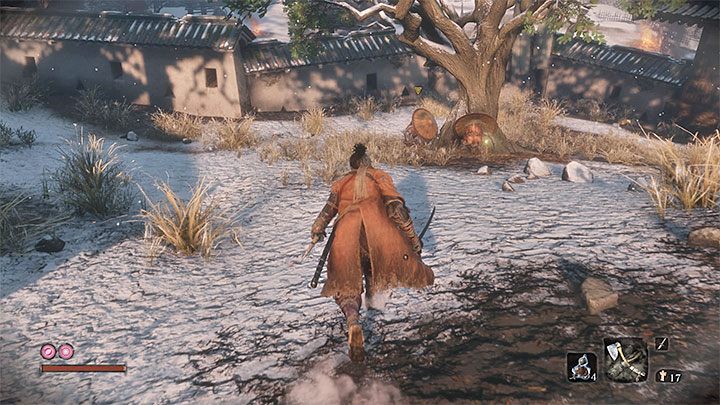 Now go back to the statue of the sculptor, where Gyoubu Oniwa has previously appeared and start making your way to the castle of Ashina. At the first opportunity, engage in exploring the right side of the path - you need to go up there. The wanted "rats" are little opponents with bamboo hats - as show in the image above and you will find them next to a big tree (the game will also display an additional eavesdropping icon of their conversation).

Don't believe the first impression, because despite their small size, they do a lot of damage and, in addition, their attacks can cause poisoning. You can delay individual enemies or apply some area of effect attacks. 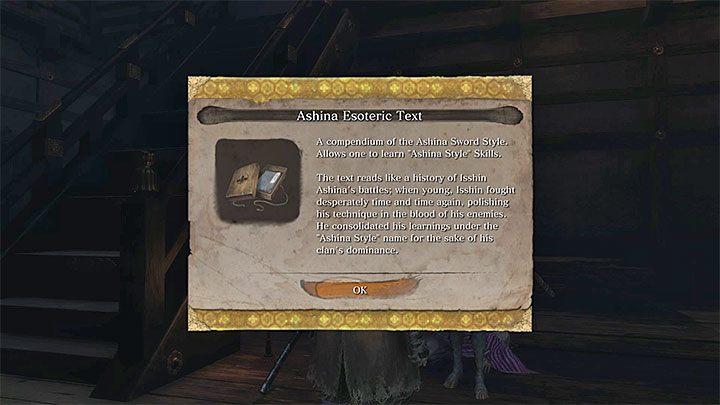 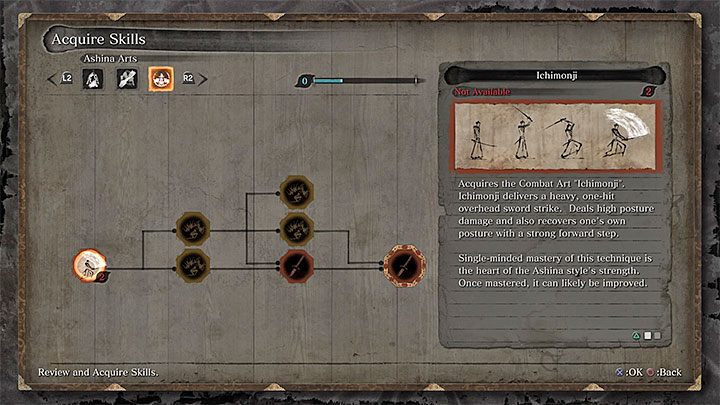 After killing all of these enemies, go back to Tengu to get the skill book as a reward. 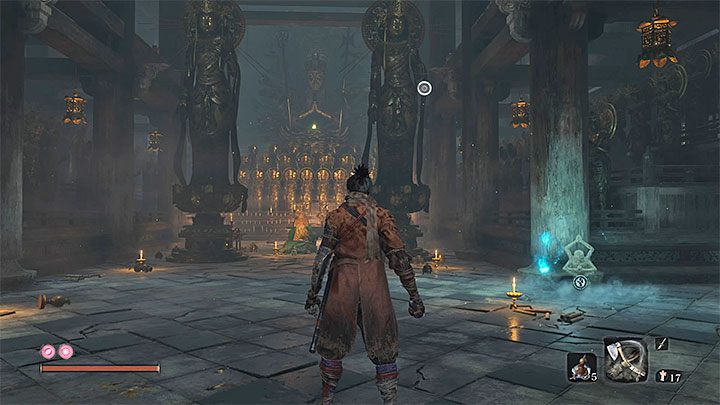 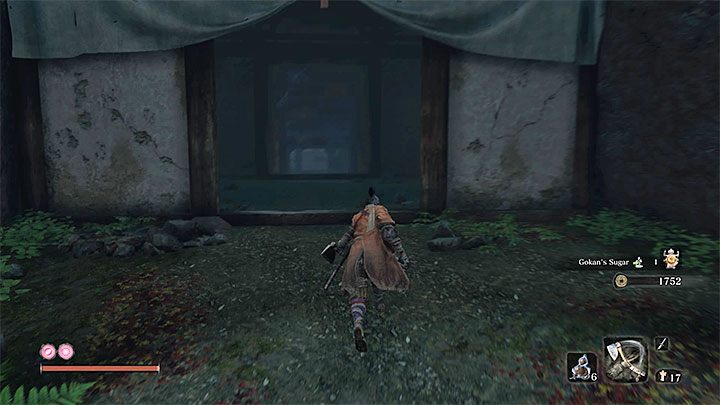 This book can be found in one of the buildings of the Senpou Temple. You should start by going a long way around the place so that you reach the sculptor idol called the Main Hall - shown on image 1. Near the main building of the temple is the entrance to the caves (image 2). 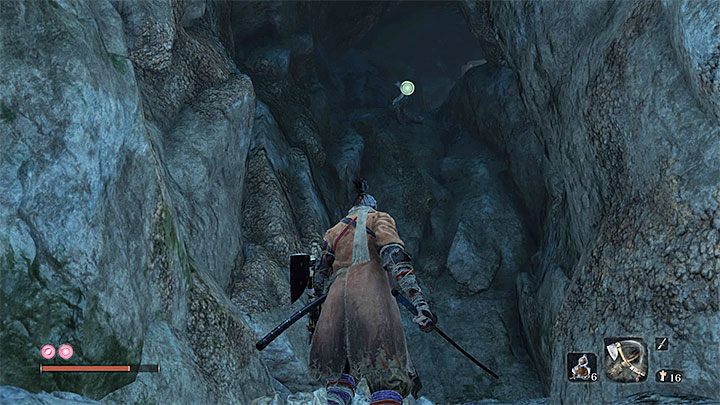 While exploring the caves you have to watch out for one monk and crawling monsters that can set fire to the surroundings. Through the cave lead two different ways, but they have the same exit at the end. You can reach it by grabbing the top hook (check the attached picture). 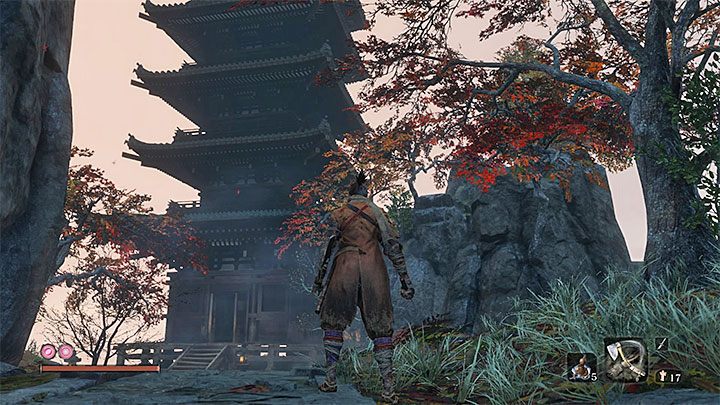 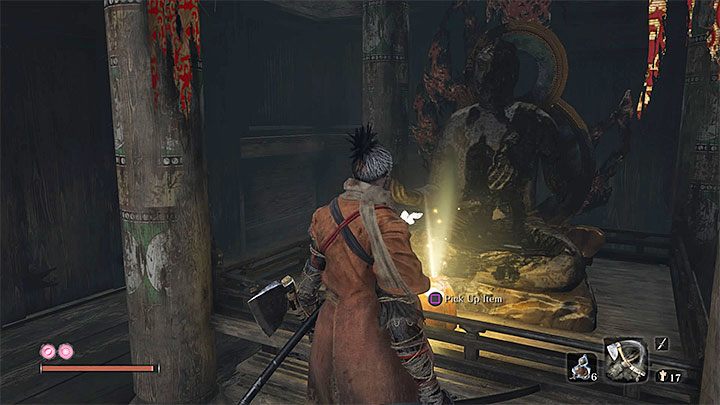 The objective of your adventure is one tall building from the attached images. 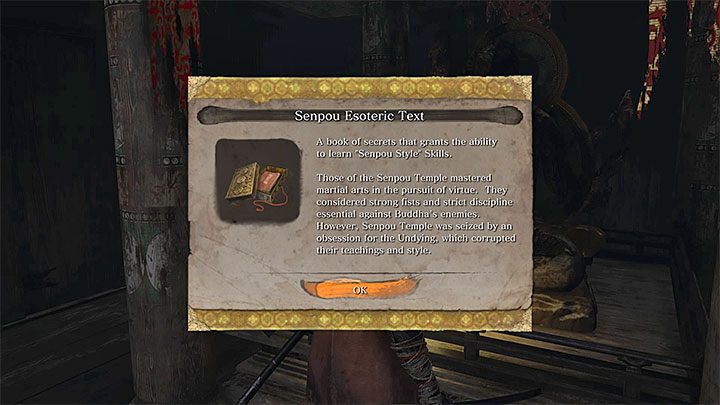 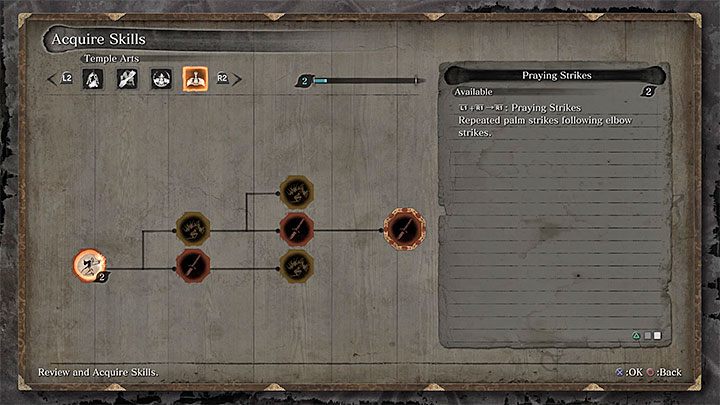 Skills book can be obtained by opening the doors at the base of the mentioned tall building. 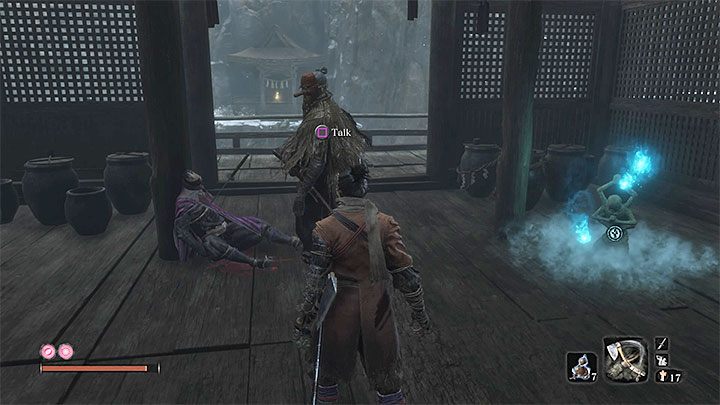 This text is another reward form Tengu of Ashina. This time, you can't meet him on your way to Sunken Valley by coming from Ashina Castle. He will be near Great Serpent Shrine - one of the Sculptor's Idols. 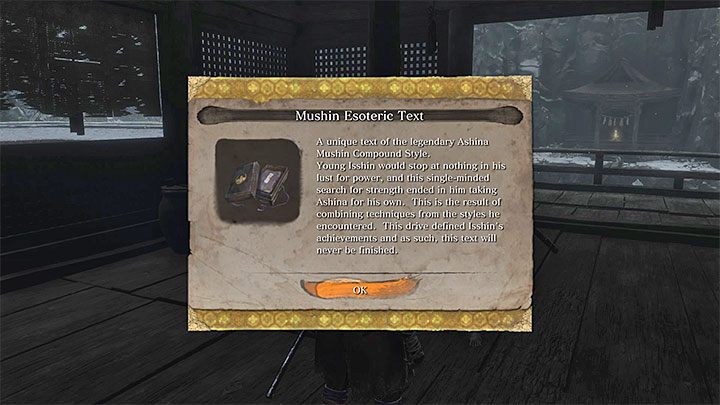 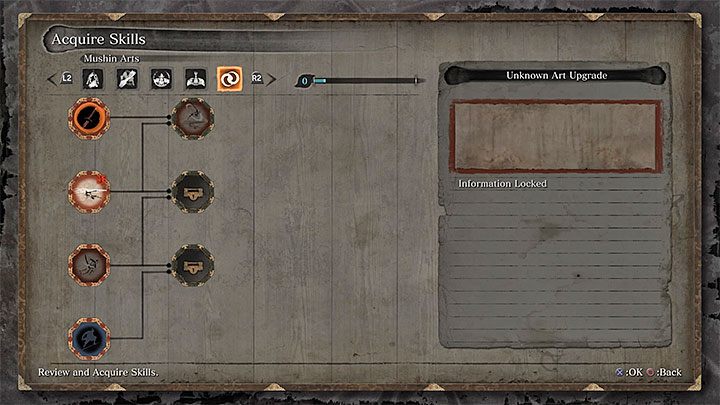 Tengu will give you a new text only when you have unlocked one of the final upgrades for your skills. You need to unlock a skill located at the end of a skills tree - it can be, e.g. Shadowrush in Shinobi Arts.

This new text allows you to unlock more powerful versions of the "final" skills. For example, Shadowrush can get a new ability which allows you to perform an additional attack after you get launched in the air.