This page in our guide to Sekiro: Shadows Die Twice contains information on Loaded Shuriken, one of the prosthetic tools available in the game. Check this page to learn how to unlock it, where you can find the necessary item, and how to use this tool.

How to unlock Loaded Shuriken? 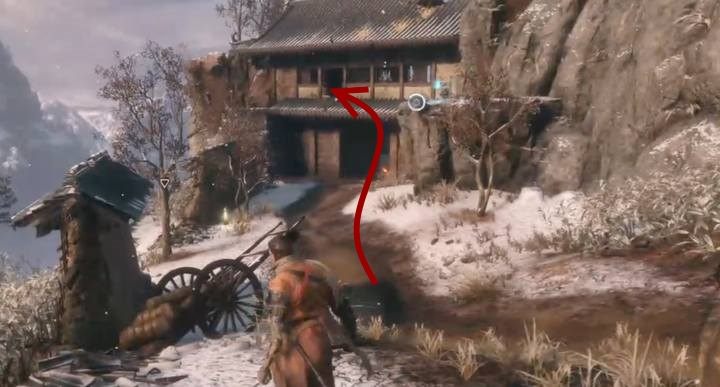 The schematic for Loaded Shuriken can be acquired early in the game - in Outskirts Wall - Gate Path. The schematic is free. Start at the Sculptor's Idol available in this location. Get on the rooftop and go through the destroyed wall. Shuriken Wheel is lying in the left corner of the room. Take it to the Sculptor in the Dilapidated Temple. 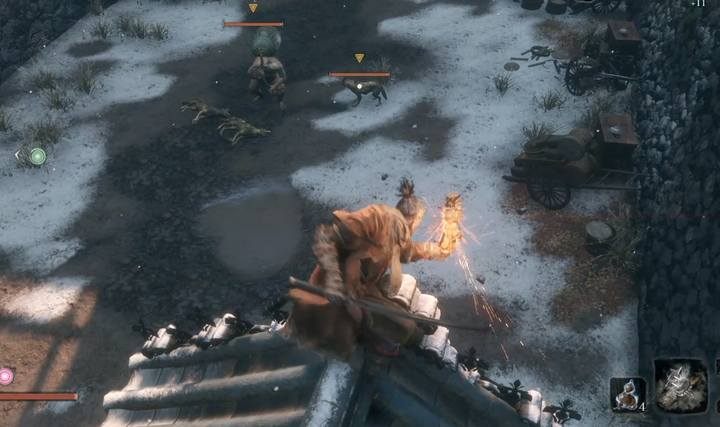 Upgraded version of Loaded Shuriken allows you to charge the attack.

Loaded Shuriken is also useful in killing enemies with light armor stealthily who aren't aware of your presence - marksmen, scouts, or wolves. Enemies that have detected you and are equipped with, e.g. swords, pikes, or hammers can block Shuriken.

Where can I find Spinning Shuriken?

The first upgrade for Loaded Shuriken is available right from the beginning. Defeat Gyoubu Oniwa to be able to craft upgrades for your prosthetic. Use a Sculptor's Idol to open the upgrade tree. Pay 200 sen and 3 Scrap Iron. 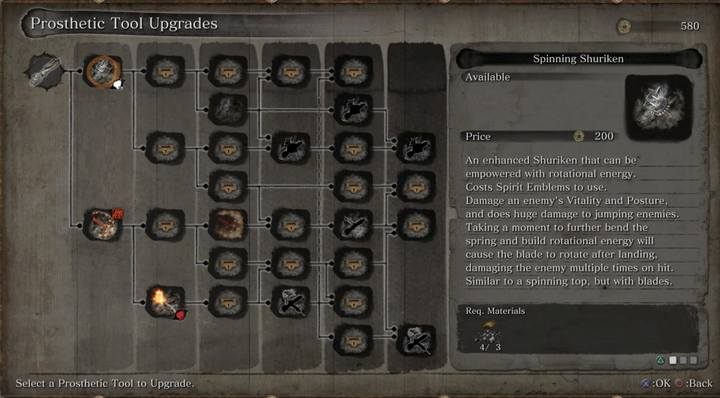 This upgrade allows you to charge the attack. A charged Shuriken deals 3x the damage (one hit counts as three). 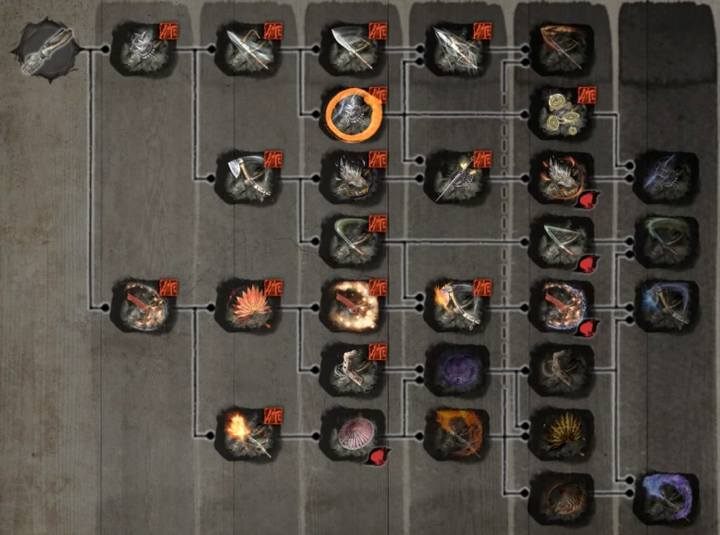 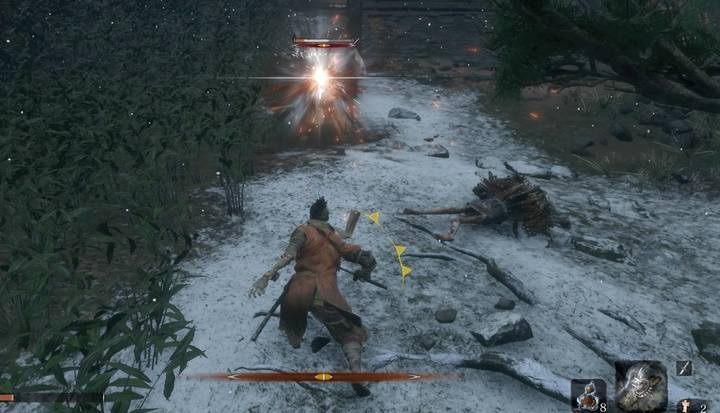 This version of the Shuriken doesn't differ much from the previous one. Its charged attack can go through enemies' defense. However, an enemy using guard will receive a small amount of damage to health and posture. This Shuriken doesn't stop after hitting a target - it will go through it and hit the enemy standing behind. This prosthetic tool isn't the greatest, but it costs the same number of Spirit Emblems as the previous version.

Sen Throw is the second-to-last upgrade for the Loaded Shuriken. It uses sen as ammo. You can use the basic attack (costs 1 sen) or the charged version. Sen shot with this tool act like Shuriken. However, when we compare this tool with Gouging Shuriken: