This page in our guide to Sekiro: Shadows Die Twice focuses on the fight with Lady Butterfly. This is the main boss in Hirata Estate. Our description contains information about Lady Butterfly's attacks and ways of weakening her. 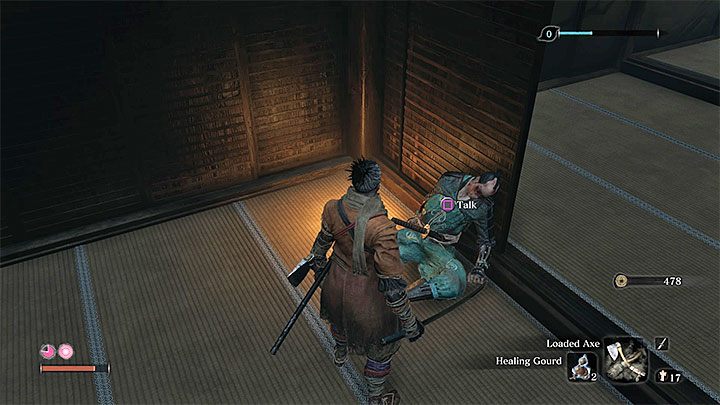 Rewards: Memory: Lady Butterfly, Sakura Droplet - you can use this item later in the game to increase your Revive limit by 1.

Lady Butterfly hides below Hirata Audience Chamber - you fought with Juzou near that place. Examine the Audience Chamber. You will find a Sculptor's Idol and an NPC. This person warns you about illusions and gives you Snap Seeds to neutralize them. These items will help you in the upcoming fight. 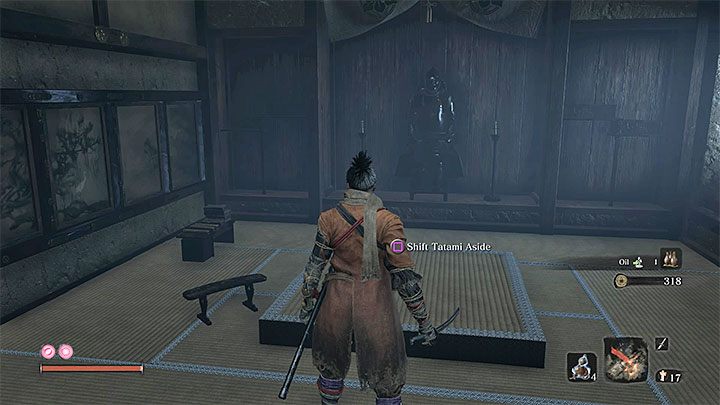 Go down the long corridor and defeat a single archer. Shift the Tatami aside (see the picture above). Go down the stairs - you will reach a temple. To enter it, you need Hidden Temple Key. You can get this item from the NPC found in the burning part of the estate - more about that in the walkthrough for Hirata Estate. 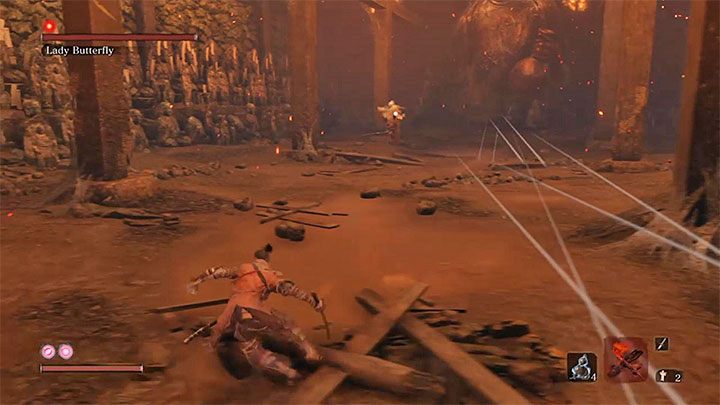 Lady Butterfly's primary weapons are needles. She can throw a few of them after she starts hovering in the air, or she can perform a series of four moves (she throws needles during every move).

You can either dodge these attacks or hide behind the pillars. 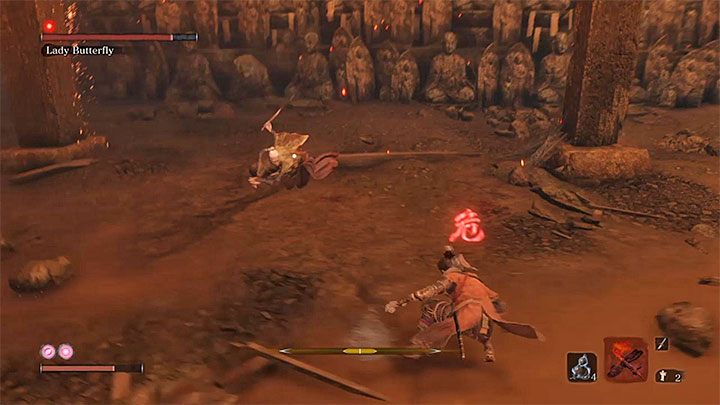 Lady Butterfly can also use fast melee attacks. The boss has access to two attacks that can't be blocked - they are marked with a red symbol:

You can also avoid her attacks by using the tactic suggested by the game - dodging Lady Butterfly's attacks and attacking immediately after them (you can follow up this counter with another attack with your sword or a prosthetic tool). 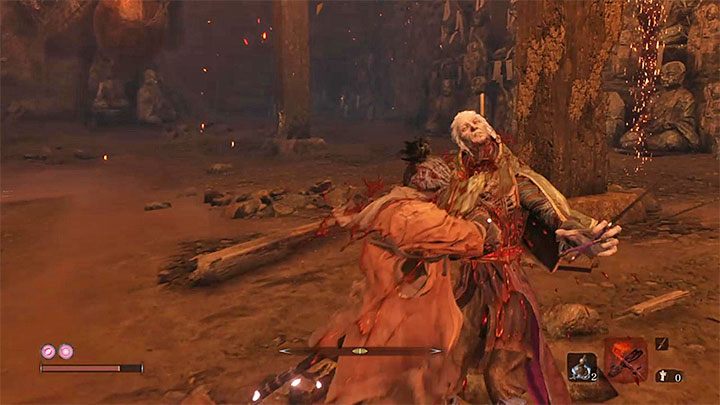 Keep attacking Lady Butterfly to build up her Posture bar. When it is full, perform a Deathblow. This won't end the fight. Instead, you will proceed to the second stage. 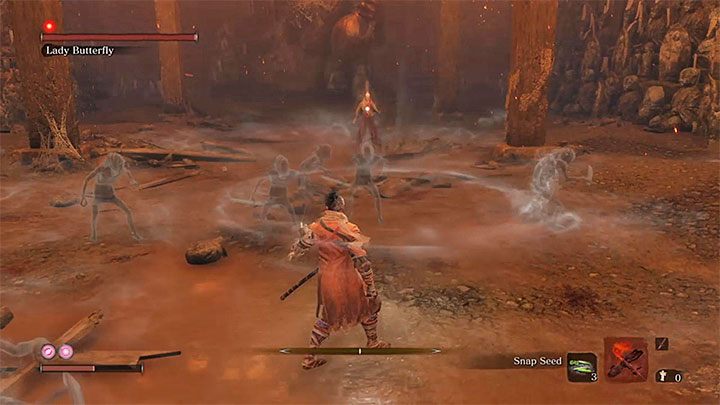 Lady Butterfly gets two new abilities. The first one allows her to create illusions that will attack you. The best way to deal with this problem is to run between the illusions and use a Snap Seed. A single Seed should be enough to dispel the illusions. Sadly, Lady Butterfly can summon more of them.

Another way to get rid of the illusions is to attack them (they "die" with a single hit). You can also just ignore them and focus on the boss. 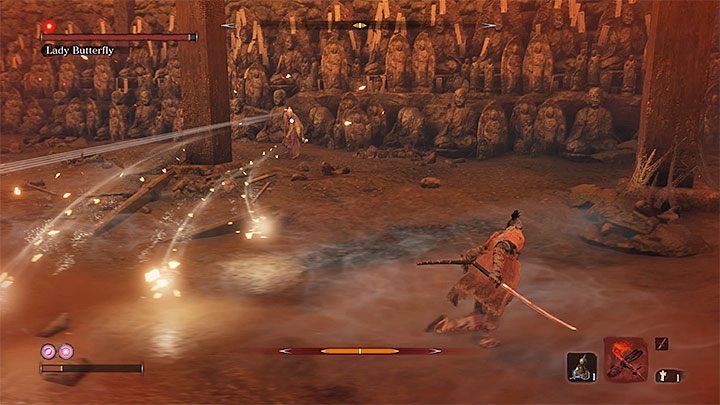 Her second attack is a series of homing missiles. They don't deal much damage but you should still avoid them. Run around, jump, or hide behind the pillars.

Keep dealing her damage. After a while, you should be able to end the fight with a Shinobi Execution.