This page in our guide to Sekiro: Shadows Die Twice focuses on the fight with Juzou the Drunkard. This is the second boss in Hirata Estate. Our description contains information about Juzou's attacks and ways of weakening him. 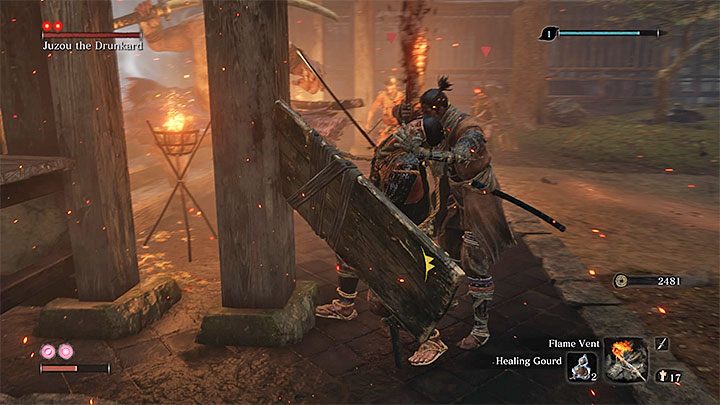 Rewards: Prayer Bead, Unrefined Sake - you can give this item to the Sculptor but only when he gets sick.

Juzou the Drunkard guards the entrance to Hirata Audience Chamber. He is accompanied by a group of regular enemies. You need to defeat this boss to get access to the building.

Your priority is to eliminate all or a large portion of the enemies accompanying Juzou. You can, e.g. sneak up on them from the left (go through the small building) and kill one of the enemies with a stealth kill. Run to a different spot after each kill - you will avoid the boss's attacks. Use this method to get rid of Juzou's minions. 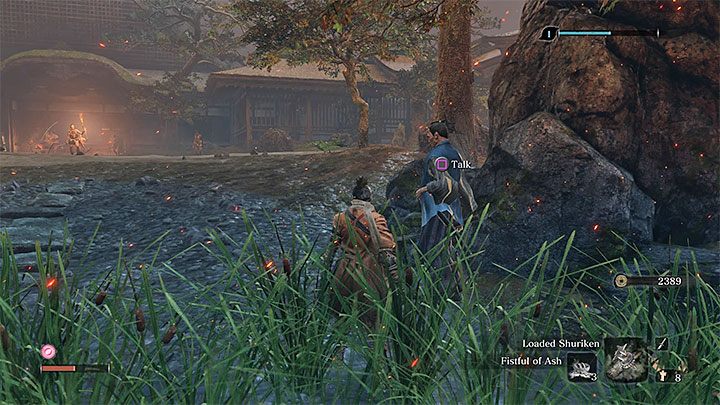 A friendly NPC is standing near the pond. Speak with the man (you can do that after you start fighting with the boss). The man will join you in this fight. Try to eliminate all regular soldiers in this area (or at least the majority of them) before you speak with this NPC - the man will focus his entire attention on Juzou. 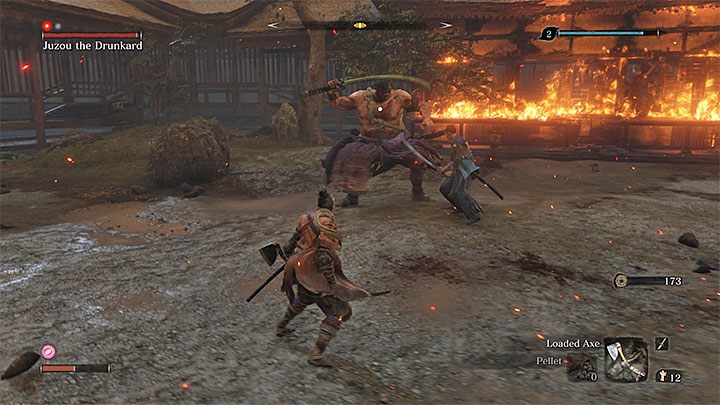 Help your temporal ally - he can die in this battle. When that happens, Juzou will focus on your character. 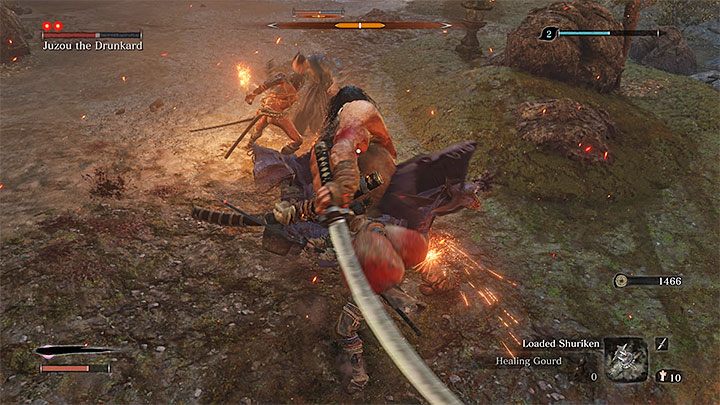 Juzou fights with a large sword. Besides regular attacks (that can be parried), he also uses wide swings that can't be blocked/parried. Try to dodge them. 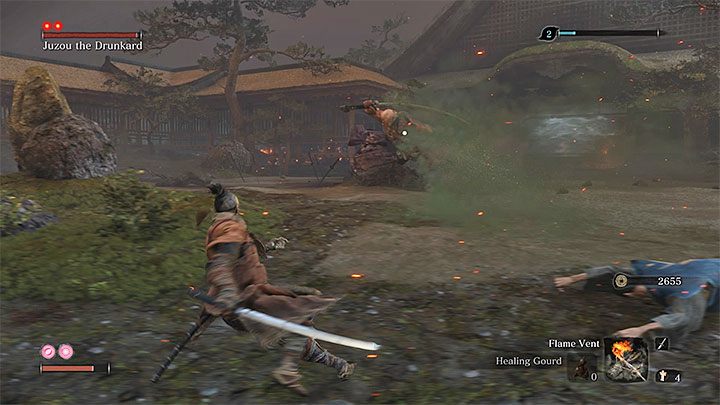 The boss can inflict poison damage in two ways - Juzou can create a poisonous cloud around himself (see the picture above), or he can apply poison to his weapon. Avoid his poisonous attacks or carry an Antidote to remove this status. You can get an Antidote, e.g. from one of the NPCs hiding in the village.

Juzou the Drunkard has two red dots meaning you have to perform two Deathblows on him.

If you receive too much damage, go back to the pond or go to the buildings on the side. Remember, Juzou can regenerate his health bar if you move too far from him.