This page in our guide to Sekiro: Shadows Die Twice focuses on the fight with General Tenzen Yamauchi, the third boss in Ashina Outskirts. Our description contains information about the General's attacks and ways of weakening him.

Where can I find General Tenzen Yamauchi? 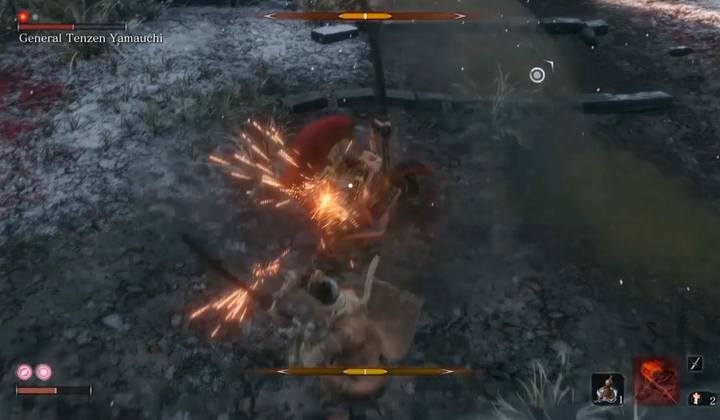 Parrying is crucial in this fight. Dodge only the boss's special attacks.

This boss isn't that challenging - he fights with a sword and doesn't have any "weird" attacks. He resembles a more powerful version of a regular soldier. However, since he is a boss, he has two health bars and can use special attacks. 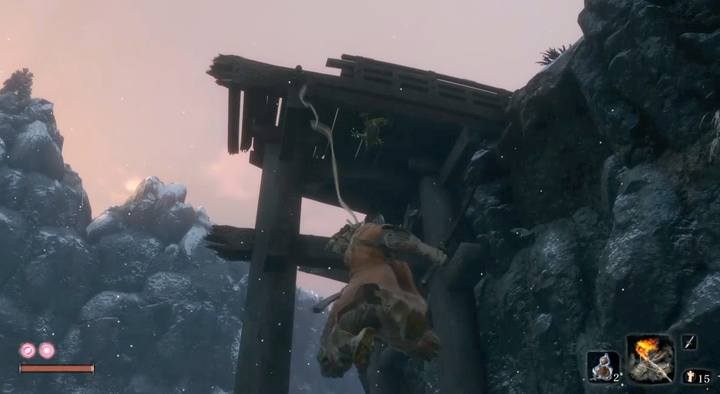 A Sculptor's Idol is right below the destroyed bridge. Unlock it before you face the boss. The path to the boss is shorter from here.

The boss is right behind the gate - the same one where you fought Chained Ogre (Ashina Outskirts -Outskirts Wall Stairway). Before you face General Tenzen Yamauchi, go a bit further - reach the destroyed bridge. Jump down on the stone ledges on the left - you will find a Sculptor's Idol. If you fail during the fight, you will respawn near the battlefield.

How to defeat General Tenzen Yamauchi? 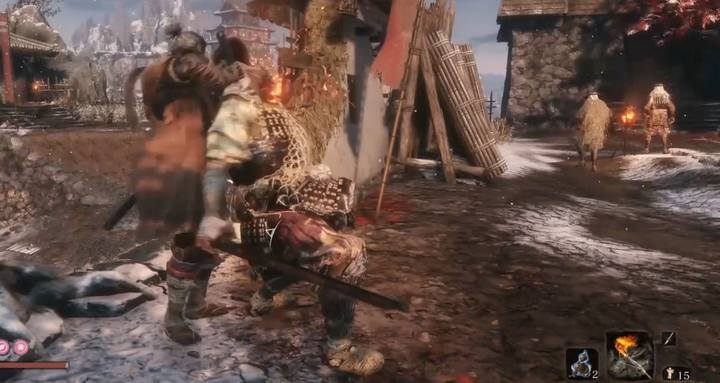 Eliminate nearby soldiers - try to be stealthy. If you do that, they won't help the boss. 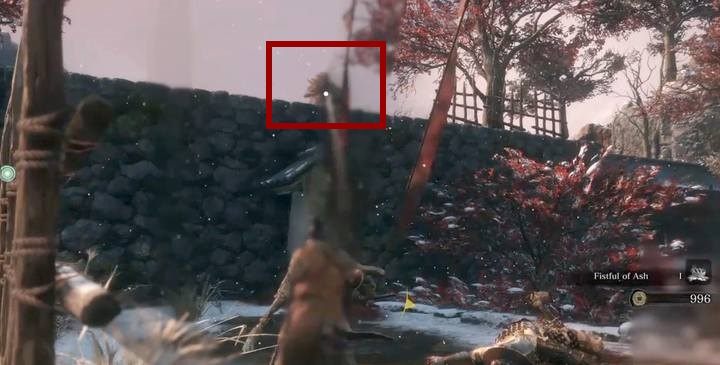 The scout is on the wall. Eliminate this enemy with a single Shuriken. Otherwise, he will alarm the others.

We highly recommend eliminating the General's subordinates before you face the boss - two marksmen above the boos, and scout on the right wall.

Eliminate the scout first. If he sees you, he will alarm other enemies in this area! 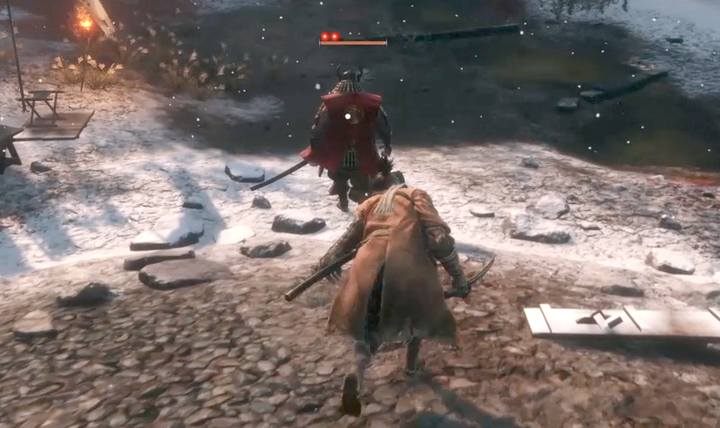 The boss's default position is in front of the bonfire placed in the middle of the arena. If something has attracted his attention, hide and wait until the boss calms down. It is very important to attack him from behind - this will deplete the boss's health bar. 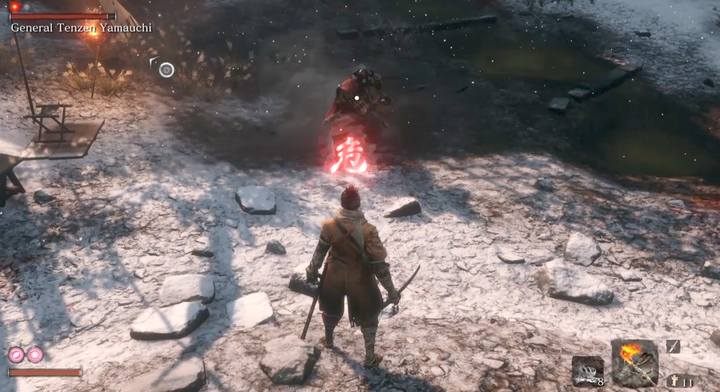 Charge attack is easy to dodge.

This fight is about attacking and blocking, you don't have to use any fancy tactics. However, a Fistful of Ash can be useful here. Besides the regular slashes, the boss can also use stabbing attacks telegraphed with a red icon. Dodge to the side to avoid it. You can use Mikiri Counter (provided you already have it) to block this attack and deal a lot of Posture damage. If the General's health is low, he can die from your Mikiri Counter.