This section describes the boss fight with the second boss of Sekiro: Shadows Die Twice - the Chained Ogre. It's a greater challenge than the first enemy of this type. The advice below will enable you to learn how to get to the boss, what preparations to make and what to pay attention to during the fight.

Where to find the Chained Ogre? 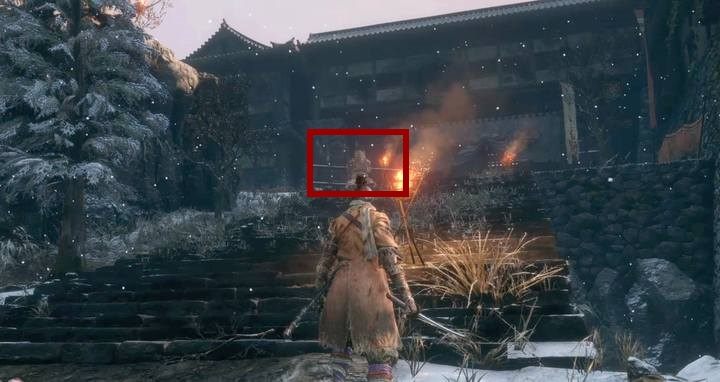 You can't stab the Ogre in the back. Even though the Ogre starts the fight immobilized, he will free himself. Simply focus on dealing as much damage as possible.

How to defeat the Chained Ogre? 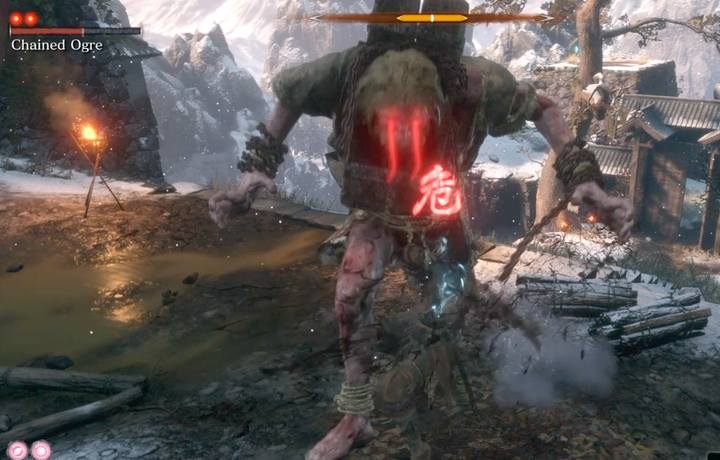 The Ogre's grab attack can kill you if your character doesn't have a lot of health.

When the Ogre frees himself, he will use the following attacks - triple kick, drop attack, overhead attacks. He will also use a special attack - grapple. If he catches you, this attack will take about 90% of your health. 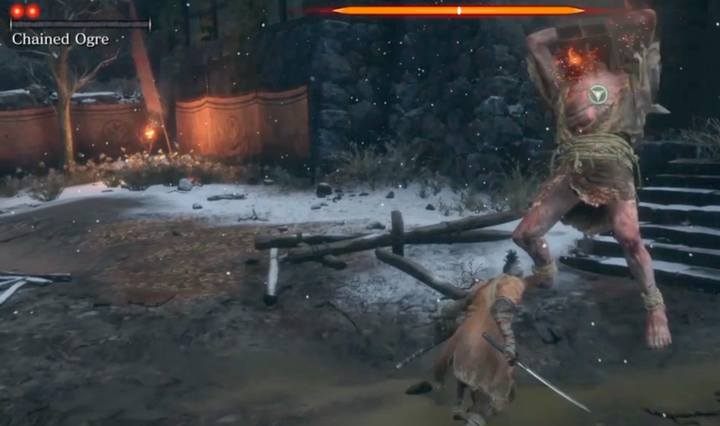 You can't parry this boss's attacks. Use dodges and jumps to avoid the Ogre's attacks. You can avoid the grab attack by jumping - dodge may not be enough. 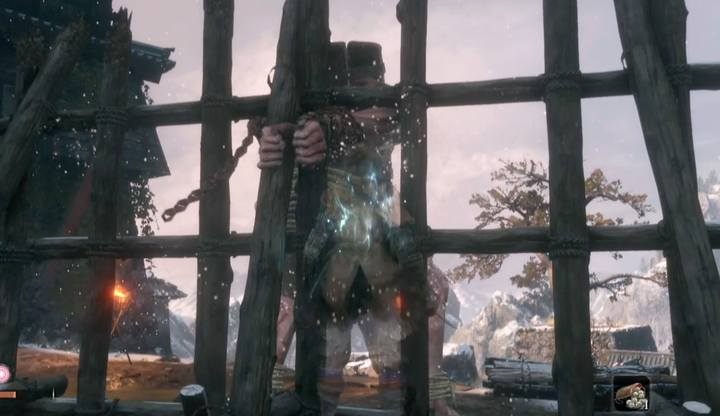 You can sneak up on the Ogre to deal him more damage before he frees himself. 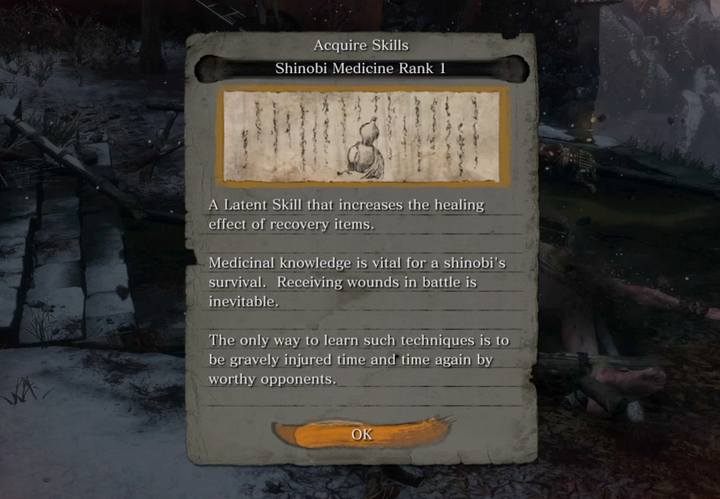 You can get this skill by defeating the boss.

Win the fight to receive a Prayer Bead (collect four to increase vitality and damage). If you died many times during this battle and in the battles before it, you will receive Shinobi Medicine Rank 1 skill.