Mikiri Counter - this is one of the best active skills in Sekiro: Shadows Die Twice. It allows you to avoid injury and cause a strong counterattack. On this page of the guide we will tell you how to unlock it and how to use it properly. 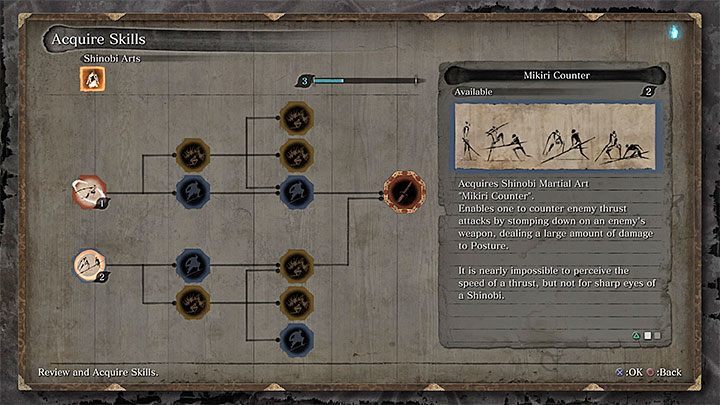 Mikiri Counter is one of the two main active skills to unlock in the skill book Shinobi Arts.

The book of Shinobi Arts can be obtained automatically from sculptor in the early stage of the game, in particular, during the exploration of Ashina Outskirts. Come back reguralrly to the temple until you get the book. Spend 2 development points on unlocking Mikiri Counter skill. 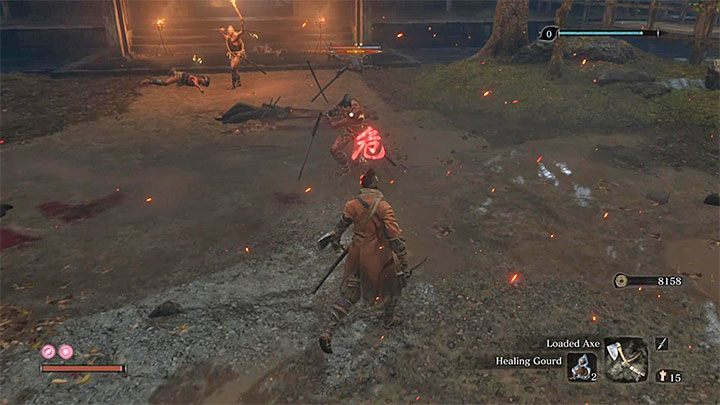 Counter Mikiri is the best answer to the block and push out mighty blows of opponents. Lets remind that this type of attack is symbolized by the appearance of a red symbol on the screen (example in the picture).

This counter is only for Thrusts - you can't use it to counter Sweeps or Grab Attacks. The only way to avoid these attacks is to either dodge or jump. 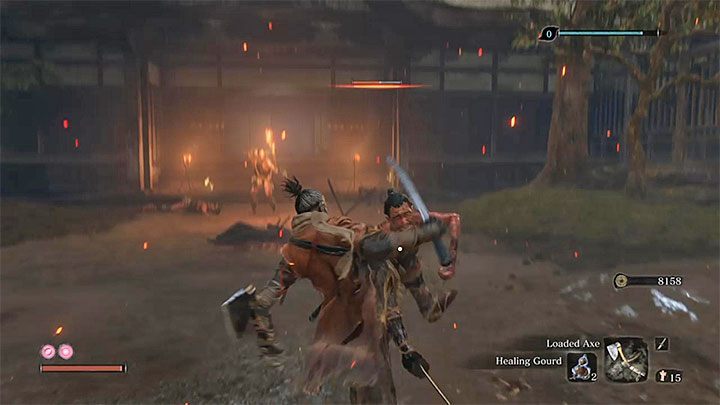 For the correct execution of Mikiri Counter, set analog knob in the direction of the enemy and press the Dodge button immediately after the appearance of the red symbol (default Wheel / B). The hero will quickly reduce the distance to the enemy and step on his weapon, preventing his attack. 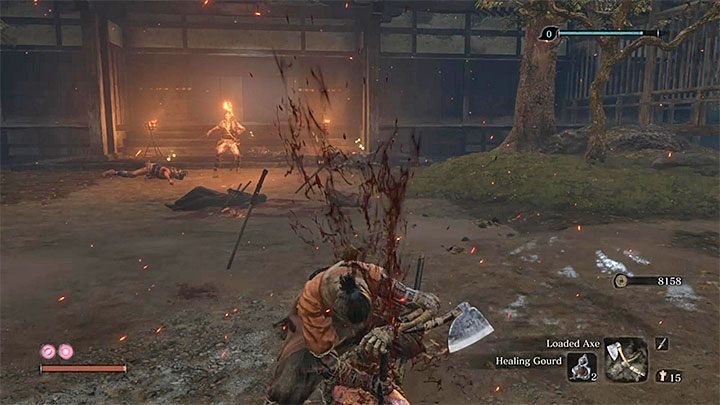 Counter, by itself does not do any damage, but immediately after its successful completion, you can press the attack button (default R1 / RB) in order to launch a fatal blow.