This section of Sekiro: Shadows Die Twice walkthrough guide includes a description of the prologue taking place at Ashina Reservoir. This guide touches upon all the steps necessary to finish the prologue, which covers basic mechanics and fighting several battles - none of which is that interesting or demanding. 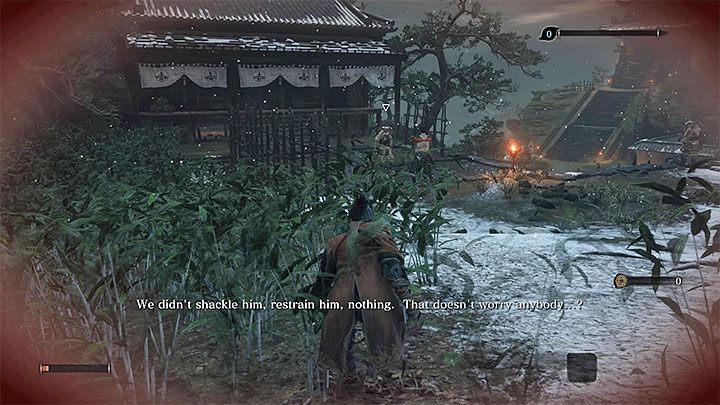 Take the Ornamental Letter. After reading it, move straight ahead and learn how to climb. Upon reaching the cliff, press the key to get closer to the wall. Move onto the higher ledge this way.

Upon reaching the bushes, you have to test your sneaking abilities. Do not run to remain unnoticed, just press the crouch key. Sneak through the bushes. You cannot be noticed, as the main protagonist does not have any weapons yet. 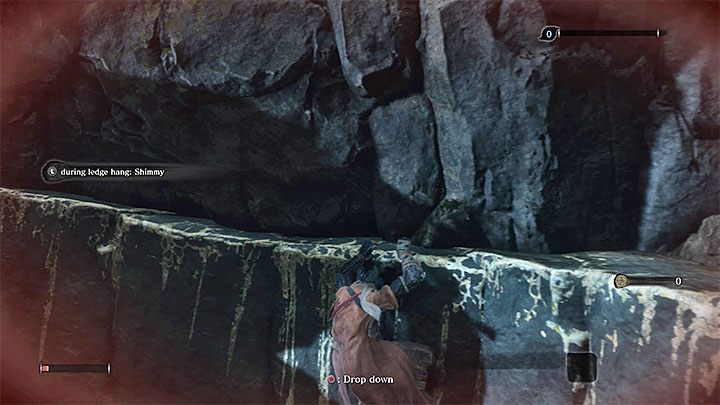 Sneak underneath the building. On your way, you will get your first chance to eavesdrop on your opponents' conversation. This is always an optional action - in the future, you will be able to learn about e.g. traps, upcoming battles, and hidden treasures.

Keep moving without entering the bushes. Reach the next chasm. Approach the ledge, drop down, move left, and hang down. Reach the spot where you can climb again. Jump towards the higher ledges and continue climbing until you enter the tower and a cutscene about meeting Kuro is initiated. 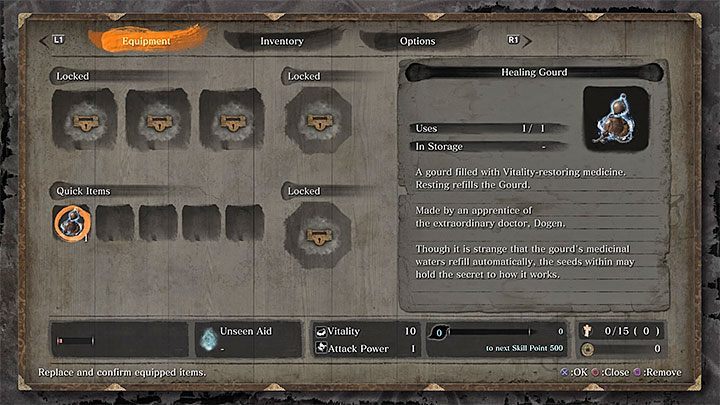 You will receive the Kusabimaru katana - henceforth, you can attack your foes. Kuro will also give you the Healing Gourd, you can use to heal your wounds. You can replenish it at campfires (currently you have only one charge, but with time you can unlock more). Place the Gourd in one of the quick item slots - open the inventory menu and select one of the slots (screenshot). Use the Gourd immediately to heal your character.

Explore the tower. You will find the Pellet. They also can be used to heal your character, however, this is a long process Pellets are disposable. 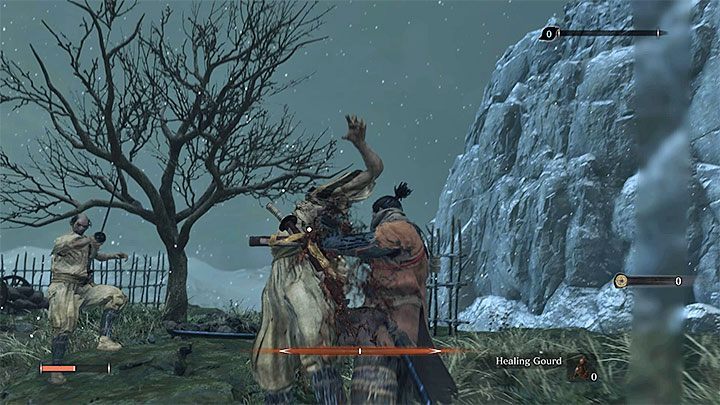 Leave the tower and engage nearby enemies. From the start, you can use parrying - they have been described in the Combat and How to parry enemy attacks? sections of this guide. You can also perform sneak attacks on your enemies (more on that in the Sneaking section).

Luckily, even if you die during the prologue, you are only slightly retracted (as an exception). You can repeat the failed part of this stage. 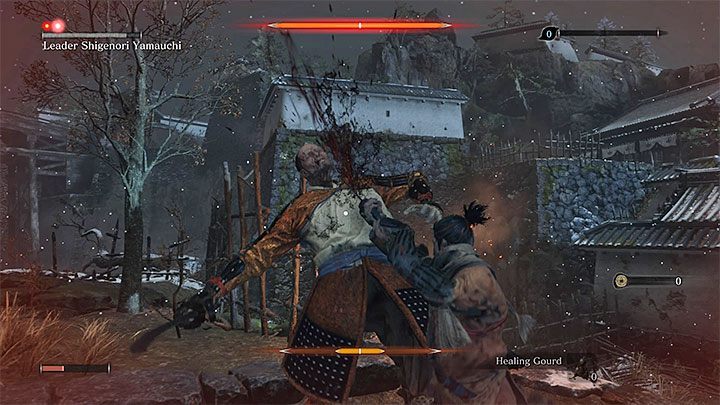 The most difficult opponent to defeat during the prologue is Leader Shigenori Yamauchi. He is marked with two red dots (markers), which means you have to perform two Deathblows on him. Focus on parrying his attacks to gradually charge the orange posture bar and perform the Deathblow. Repeat that so that the mini-boss loses his second red dot.

After a victorious duel moves on and doesn't forget to look around (you can find some loot inside the glowing chests). 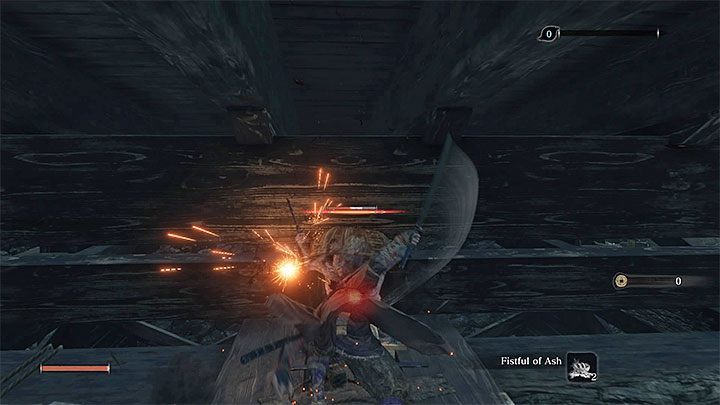 The large gate is closed, so go right. Go over the tree and jump to the edge. After reaching the vertical wall, jump towards it, bounce, and press the gripping key at the top edge. Go right.

After getting under the bridge, watch out for a single enemy that can easily push your character into a chasm. Luckily, this opponent is weak. It is best to attack him with a series of katana blows without worrying about parrying. 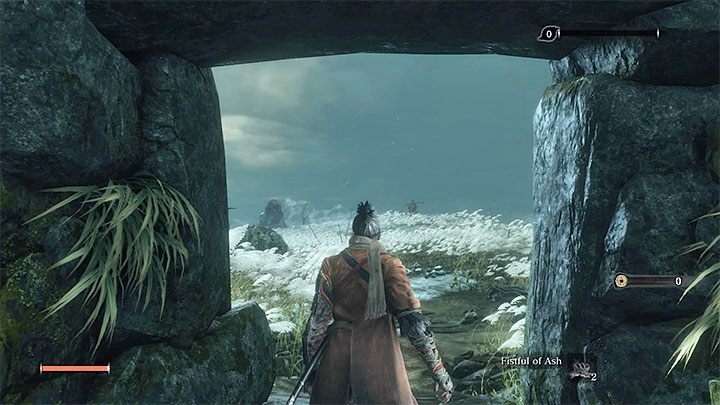 Go to the Edge, drop down, and move to the side. Let go after you are over a stable ground. Jump down again and reach the door. Try opening it and confirm the desire to summon Kuro.

Go through the cave to enter the clearing where Genichiro Ashina is. At this moment, your character is too weak to cope with this boss. Death is inevitable and necessary to proceed with the story.