In Sekiro: Shadows Die Twice, stealth is one of the most basic gameplay mechanics. Sometimes, a fight isn't the best solution - defeating the same enemies over and over again while you are revisiting a location costs time and puts you at risk. Stealth is also a good way of dealing a lot of damage to a boss before you even start this confrontation.

To sneak around locations, use terrain unevenness, passages such as paths under stairs, rooftops, ledges and cliffs (you can hang down from them). You can also use shrubs - even though they aren't dense, they will give you cover (provided you weren't spotted while you were hiding). 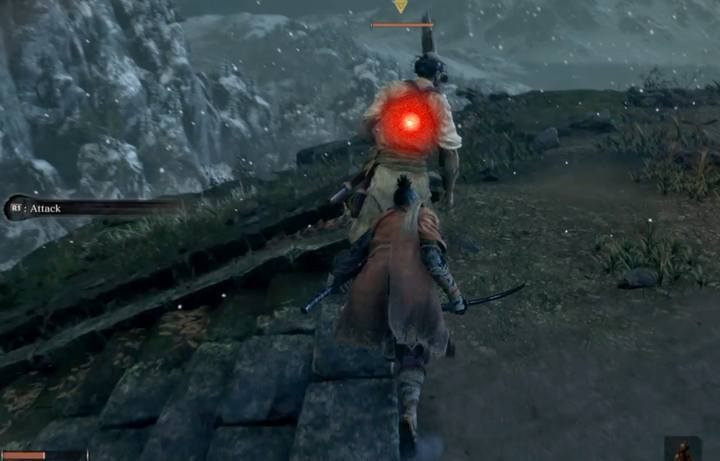 Perform a stealth attack by sneaking up on an enemy from behind and attacking them when you see a red dot on their back. Use lock-on to be able to track their movements and to be sure that you won't miss. 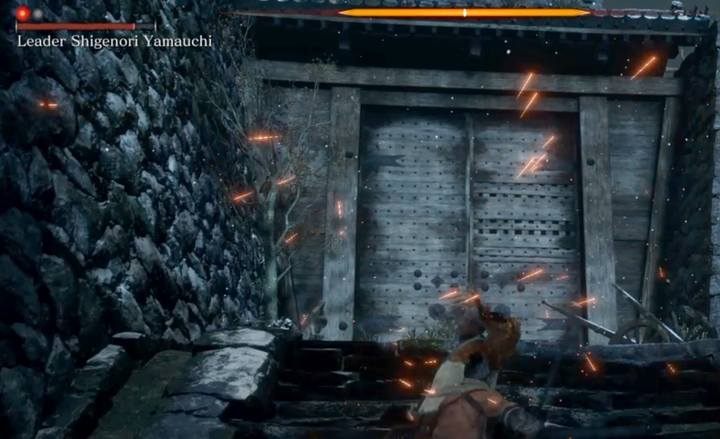 The red dots in the upper left corner of the screen inform you how many health bars the enemy has.

Regular enemies die on the spot. If the enemy is larger, your stealth attack may not succeed. Stealth attack performed on a boss will take them one health bar (red dots displayed above the health bar inform you how many bars that enemy has).

You can also perform a stealth attack without sneaking - either level up your stealth (unlock the right skills) or run towards an enemy and attack them before they turn around. 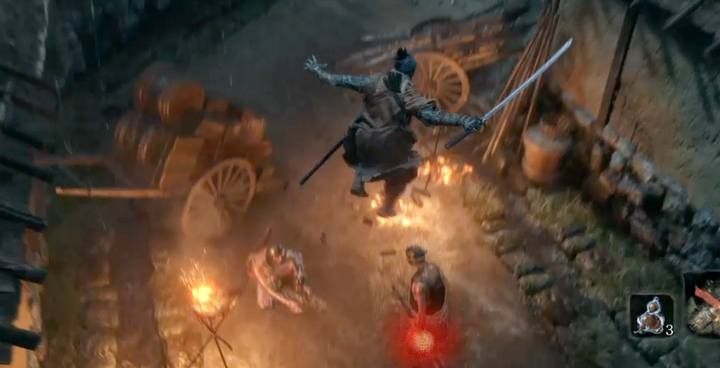 Stealth kills can be performed from various positions - when you are behind an enemy, from behind a wall, by hanging down or jumping.

You can lean out from a wall after you stick to it. This also allows you to perform a stealth attack on an approaching enemy. You can also attack enemies when you are hanging down from a ledge - your character will drop down and attack the enemy below. Another method is to attack enemies after jumping - press the attack button right before you land. You need to be right above the enemy, otherwise, the attack won't happen. 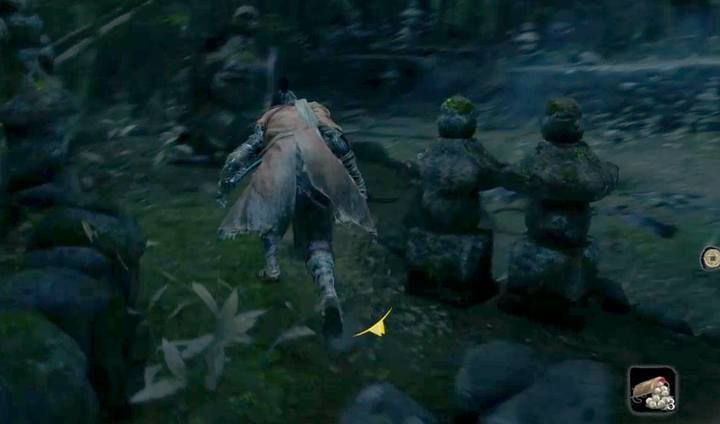 Detection marker will appear near the character when the enemies aren't in your view.

The markers above heads of your enemies inform you whether they see you or not. A yellow marker that fills up gradually means that you are in the enemy's field of view but he hasn't detected you yet. When the marker turns red, it means that the enemy knows about your position and is about to chase you. Here, hiding in shrubs won't be enough. Lose enemies and disappear from their field of view for about a minute - they will stop chasing you. 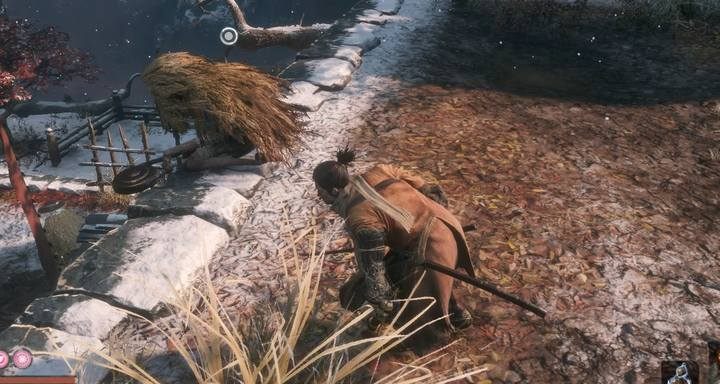 These enemies inform other opponents about danger.

Some enemies can alarm nearby foes. The game also has enemies that can alarm an entire area - look for crouching old men with metal "plates". They will use these items to alarm the entire area. However, these enemies are weak - they die after one strike. Use Shuriken to eliminate them quietly.

Note - some beasts, such as wolves, can detect you from afar - even when you are hiding in shrubs.

Enemies follow their programmed patterns - they stand in certain spots or patrol the same roads. Use this opportunity to plan your attack. Even when you get detected and then lose the pursuers, enemies will go back to their default posts.

Bosses are an exception - you can't use a stealth attack on a boss twice. A boss that has lost its health bar is more cautious - they won't let you stab them in the back again.

Stealth allows you to move unnoticed. However, if you get too close to an enemy or when you leave a cover after being detected, stealth won't give you an advantage. The game allows you to improve stealth by purchasing certain skills.

Another method of improving your stealth is to use Gachiin's Sugar. This item allows you to move around without making almost any noise and to stay invisible to enemies standing far away - these effects last about a minute. However, this item doesn't appear very often (you can buy it from some merchants for 50 sen per piece) - save it for special occasions. 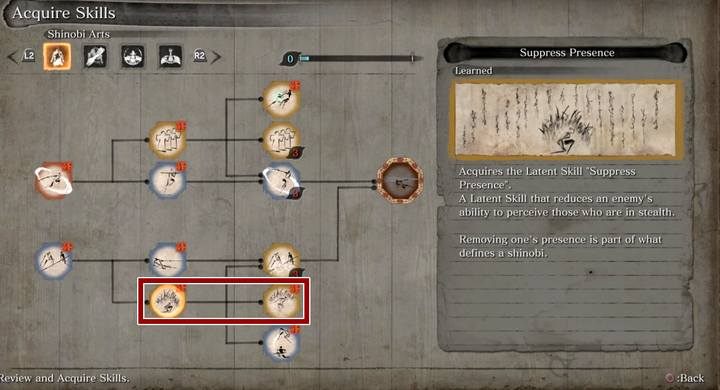 Sekiro can improve his stealth by acquiring new skills. The abilities from the highest level will let you sneak without crouching. We recommend investing in these skills - they will make stealth attacks easier to perform.

These skills are Suppress Presence and Suppress Sound - both abilities are in the Shinobi Arts skill tree. However, you have to purchase Mikiri Counter first.