From this chapter of the guide to Sea of Thieves the player will learn what the Cursed Mermaids are, what are the types of Cursed Mermaids, and what reward can be obtained from them.

Cursed Mermaids is an unique event added permanently to Sea of Thieves with The Cursed Sunken update. While swimming the open waters of Sea of Thieves, players can encounter mysterious and intriguing siren statues. The statues can be destroyed in order to obtain valuable rewards.

Cursed Mermaids - types, rewards, how to find them 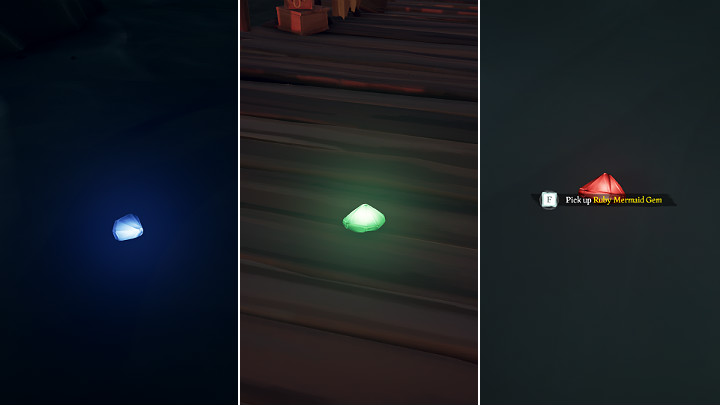 Cursed Mermaid statues can be found at the shores of small and large islands, excluding forts, outposts and seaports. Cursed Mermaids statues can appear on shallow waters or slightly further from the coast, but never on dry land. Each mermaid statue glows with the color of its gem, making it easy to see even from afar.

Cursed Mermaids - how to destroy them?

Mermaid statues deal a fixed number of damage whenever player's character gets close to them. Because of that, you should deal as much damage as possible with ranged weapons before you get to hitting it with a cutlass. Here are some pieces of advice that might help you with destroying Cursed Mermaids:

Mermaid Statues are much easier to destroy on land than underwater. When trying to destroy a statue underwater, you must not only watch out for damage received from the artifact, but for sharks as well. What's more, if you remain underwater for too long, your character might start drowning and receive additional damage.

Mermaid Gen - how and to who sell it? 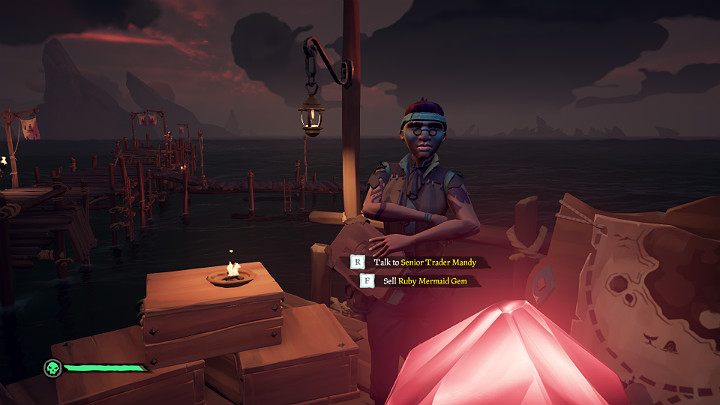 The jewels obtained from Cursed Mermaids are valued by all factions and can be sold to any merchant. In addition to gold coins, you will also receive plenty of reputation points, so you should think well which trading company you want to level up. Remember that you must remove the item from the equipment before selling it.