From this chapter of the guide to Sea of Thieves the players can learn how to properly use cutlass, the basic weapon of each pirate.

Cutlass is the only melee weapon available in Sea of Thieves. It is a part of the basic equipment of every pirate. With this weapon you can perform various attacks and combine them into deadly combinations. You can also use it for charging and for blocking enemy attacks. A cutlass is a very useful weapon in every possible situation, especially when fighting in small spaces like inside ships.

Cutlass - how to fight?

Learning the basics of using cutlass will enable the player to effectively fight skeletons and to save oneself during naval battles. The cutlass in Sea of Thieves can be also used for reducing the distance between the player and the enemy, a ship, or any other target. 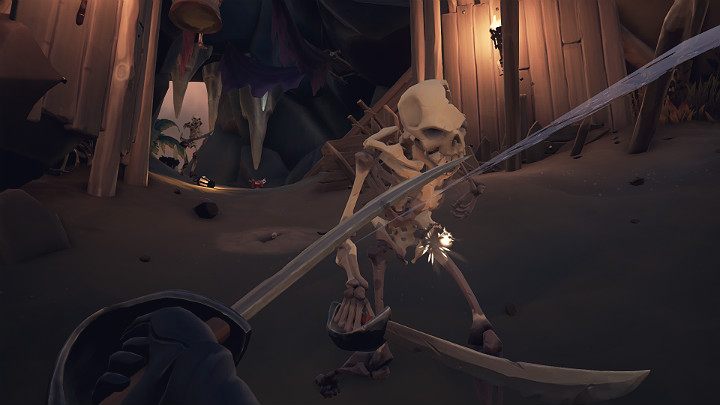