In this chapter of the guide to Sea of Thieves the player will learn how to properly use cannons during naval combat, how to train shooting, and what are the types of cannonballs available in SoT.

Shooting with cannons in Sea of Thieves can be very problematic, especially for beginners. Situations in which you must hit a static target (like an anchored ship) happen very rarely. Because of that, you must plan your move in advance. A cannonball shot from a cannon needs some time to reach the target - it won't hit it immediately when it was shot. Because of that, you must aim at the spot where your target will appear in a while instead of aiming at the spot where he is right now. It isn't a big problem when fighting ships that are nearby, but hitting a moving target that is far away might require many hours of training. Below you can find a handful of tips that will increase your accuracy and make shooting cannons in Sea of Thieves easier.

Here the players can find a few pieces of valuable advice that might make using cannons more efficient and that might help in understanding this gameplay mechanic. These pieces of advice are mostly for beginners who are starting their journey with Sea of Thieves.

Cannons in Sea of Thieves - how to train shooting?

When starting your adventure in Sea of Thieves, you should focus on hitting static targets like rocks pointing from the water or shipwrecks. They won't be able to respond with fire and wound player's character. Gather a supply of cannonballs and then sail out of a port. Look for some rocks on which you can try your accuracy. 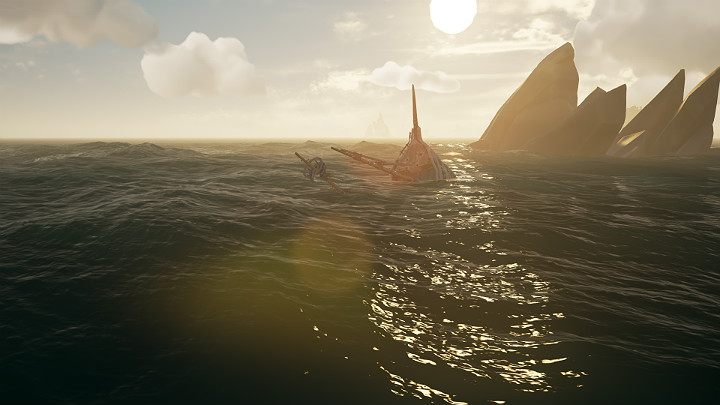 If you encounter a Megalodon while sailing, you might consider him as your training target as well. Megalodon is very agile, so it will be very hard to hit him. This can work for your advantage - you can additionally learn how to maneuver your ship on open sea and quickly change directions. 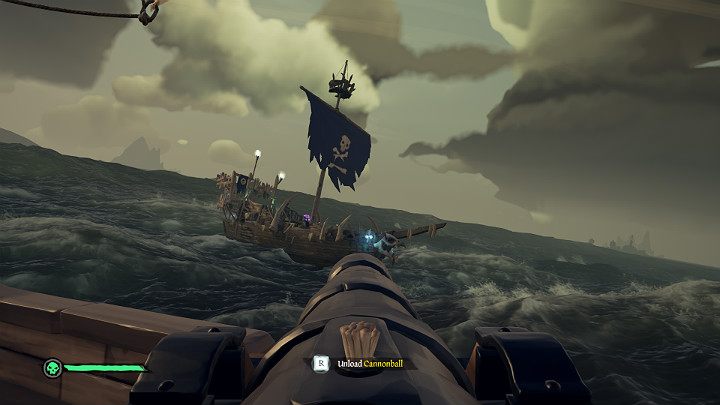 Skeleton ships are good training targets as well. You can encounter them literally everywhere. Regular skeleton ships have passive behavior until they are attacked. This means you can initiate combat with them on your own terms. However, keep in mind that provoked skeletons will fight until they die. Skeleton ships with black sails and a white skull are more aggressive - they usually appear from water next to player's ship and attack as first.

When starting a battle with such opponent, you can additionally train maneuvering your ship in combat, performing small repairs, and other routine activities. After such combat training you will be ready for a real naval battle against other players.

Cannonballs in Sea of Thieves - types

Players can use various types of cannonballs during naval combat in Sea of Thieves. Some of them deal direct damage when they hit target, greatly breaking the ship. Other can put curse on a ship and reduce its mobility. Some special cannonballs can influence crew members. 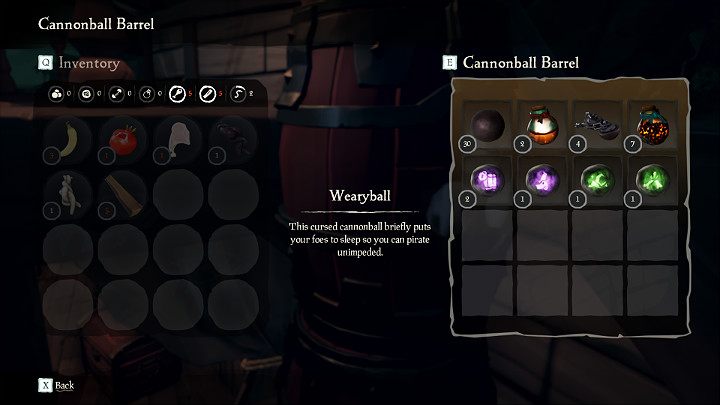