The Sea of Thieves chests are one of the main means of obtaining gold pieces. In most cases, you will find them in the missions of the Gold Hoarders faction, but they also occur randomly in various places on the islands and at sea, near sunken wrecks. The most valuable ones can be taken out of the treasury of the captain of pirates, after defeating all the opponents during the public event - Skeleton Fort. You will see the name of the box by approaching it.

The price of crates in Sea of Thieves is an extremely important part of the economy, as their price can change even after the smallest update is introduced. 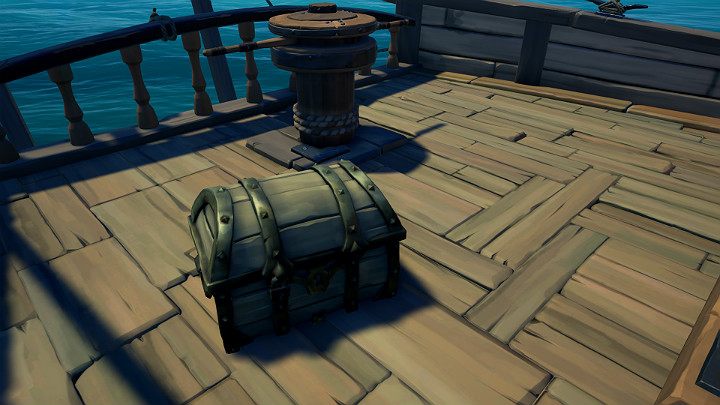 Regular chests are the most commonly found type of chest in Sea of Thieves. They look not particularly appealing and do not stand out in any particular way, and of course, they are not as valuable as rare chests. At the time of writing this guide you can find the following ordinary treasure chests in Sea of Thieves:

Cursed Chests are rare high-value chests, but unfortunately, they are cursed. Bringing such a crate to a port may cause many problems. At the time of writing of this guide, the following cursed crates can be found in SoT:

Shipwreck Treasure Chests are special versions of ordinary treasure chests that can only be found inside shipwrecks, skeleton ships, and shipwrecks on land. The value of the crates found in shipwrecks is the same as their ordinary counterparts.