From this chapter of the Sea of Thieves guide, the player will learn how to catch chickens and pigs - delivering these animals may be an objective of missions received from The Merchant Alliance.

Chickens and pigs encountered in Sea of Thieves are the targets of quests given by the Merchant Alliance faction. Purchasing the right voyage from their representative is not the end of necessary preparations, though. Once you have acquired the mission, you must return to the ship, put the voyage on the table and vote for it to be active. Then, you must return to the trader and collect the cages (coops) necessary to capture animals. If you go without them, you'll unable to do anything! Remember that if there are two or three chickens / pigs in the contract, you'll have to return to the trader the same number of times for the next cage after you have placed the previous one aboard the ship. Yes, the Merchant Alliance's stand is so close to the shore for a reason.

Note - If you forgot to get the coops, you can still acquire them from any other Alliance representative on an outpost island. 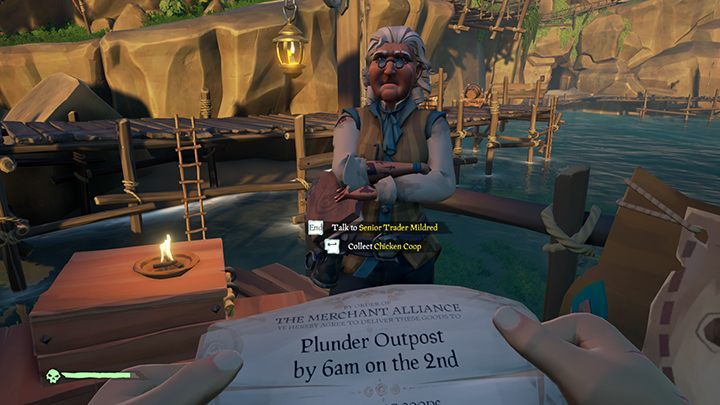 After voting and activating the mission, remember to return to the trader and collect the chicken coops. You can carry only one at a time. 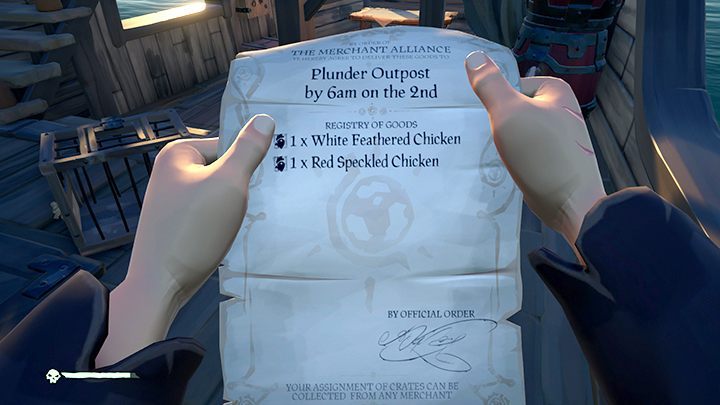 Once the coops are on board, the contract may be examined. We need one White Feathered Chicken and one Red Speckled one to be delivered to Plunder Outpost by 6 am.

The location of chickens

After the preparations are complete, we can start looking for poultry. While the variety of available colors is always random, large islands will usually have them available in full range. It is not yet known whether they also appear randomly on different islands, but they certainly can be found in the following locations:

When you reach the island, you should first go for a small reconnaissance. If you come across some chickens (they usually roam one of the beaches), go back to get the coop. To catch a chicken you must chase it while holding the coop. When you are close enough, you will see the LMB hold signal. After that, the chicken will be automatically caught, and you just have to go back to the ship with your catch and possibly repeat the steps for one more piece of poultry. 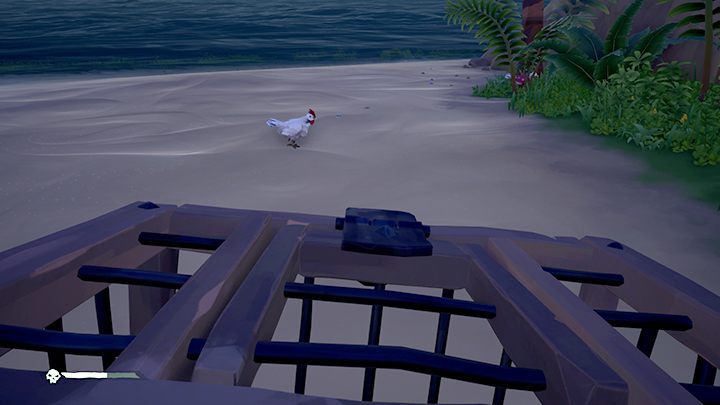 To catch a chicken, you need to chase it while holding a coop.

Once you get all the fauna you need, the only thing left to do is to go to the target trader and hand him the coops. Just remember not to dive with them for too long and not to put them in your cargo hold for the duration of your journey back. 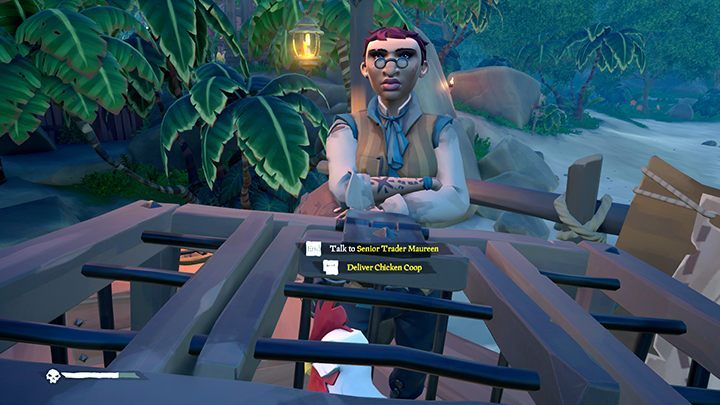 At the time of writing this guide you can catch the following types of chickens in Sea of Thieves: 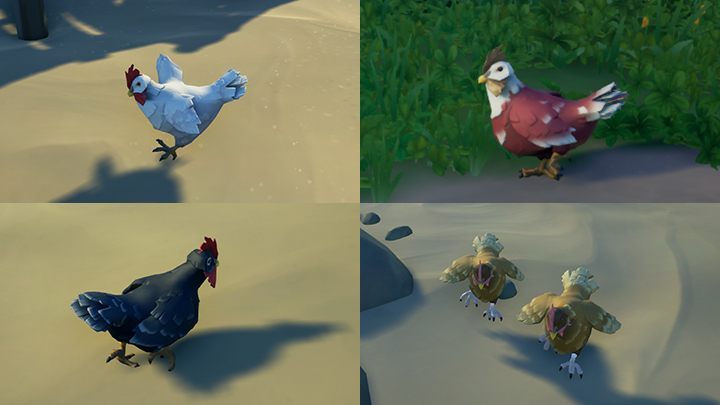 How do I catch pigs in Sea of Thieves?

Pigs are caught in the same way as chickens, but they can run a bit faster. Transporting them, however, is no longer that easy. The pig that is caught must be fed with bananas for the duration of the entire journey. If you're hearing loud oinks, the animal is demanding food. The problem is, when the animal is hungry, you'll be unable to move the cage! 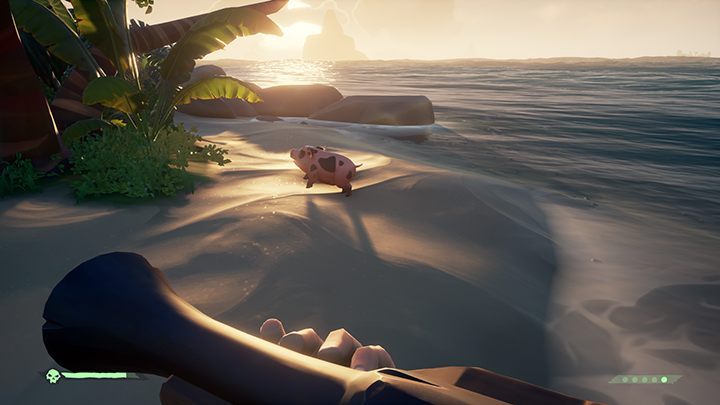