Showdown is the final story mission of Saints Row 2022. Our walkthrough explains how to destroy the enemy defenses with the VTOL, how to access the casino, save your allies, chase the final boss and defeat him (all phases of the final boss fight). We've also included some information on the game's ending and the postgame. 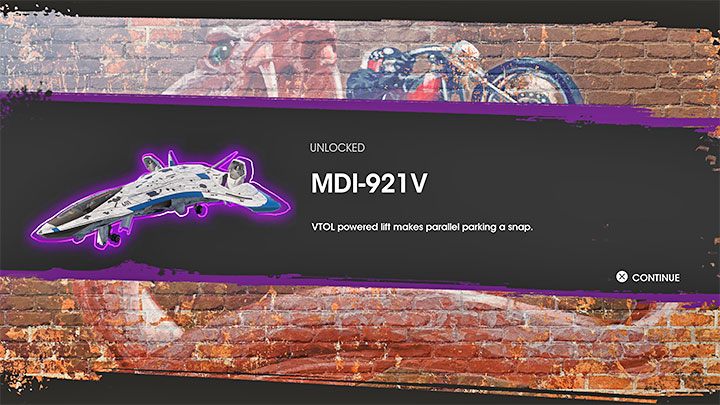 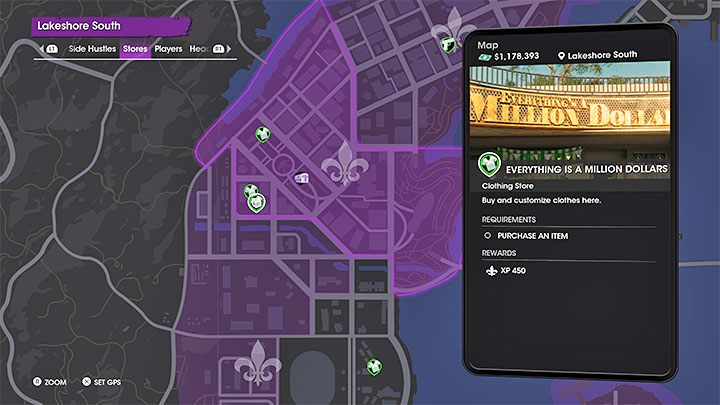 Get to the Nahualli's hideout 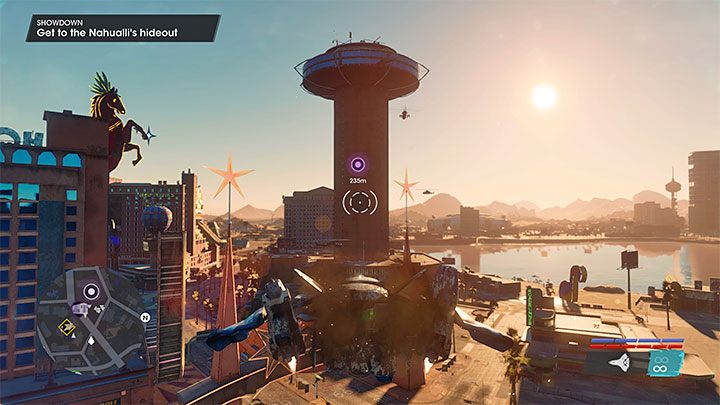 The final mission starts immediately after completing the High Noon quest described on the previous page of our walkthrough.

You start off immediately piloting the VTOL aircraft. Take a moment to learn how to control the machine - you can fly in a straight line or hover in the air, keep the current altitude and strafe sideways (change flying modes with the Circle/B button on the controller). The VTOL comes equipped with two weapon types (L2/LT and R2/RT on the controller) with short cooldowns.

Take out the defences 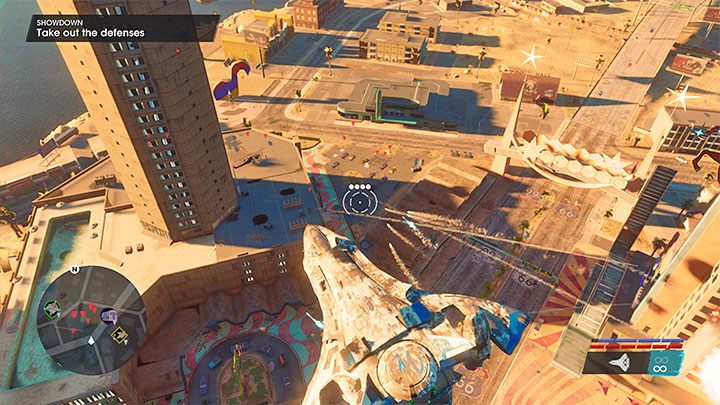 Your objective is to destroy the targets around the casino tower. The alternate hovering mode will do a great job here. Strafe sideways to avoid enemy fire.

There are inactive vehicles on the top of the tower, ground targets and hostile helicopters. You can deal with them in any order - all required targets are marked with red icons. We recommend eliminating the helicopters first, as they're the biggest threat to you. 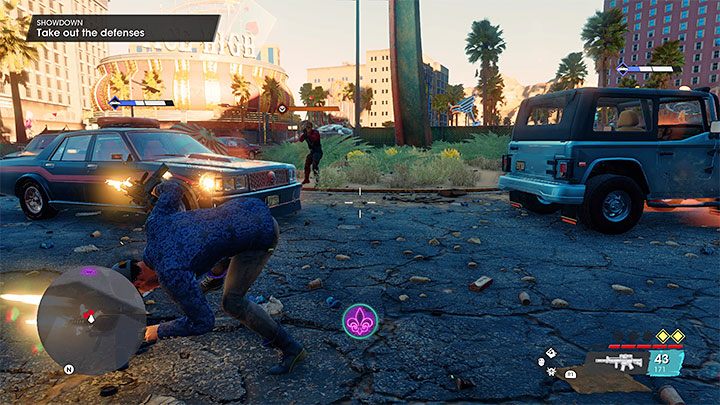 You can land in front of the casino or eject from the VTOL and use your wingsuit.

Near the casino's main entrance there are some regular enemies you can kill or bypass. 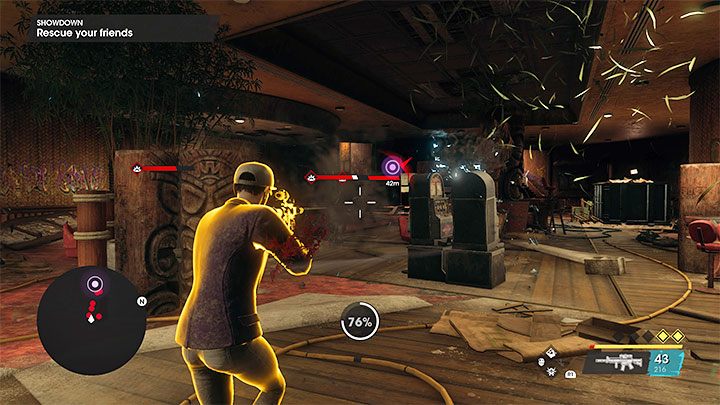 As you make your way through the casino you'll face many foes, but most of the encounters shouldn't surprise you with anything. Use good weapons and skills, as well as Takedowns to heal if necessary.

You'll eventually reach the staircase. Open the door to save the Saints and confront the Nahualli. 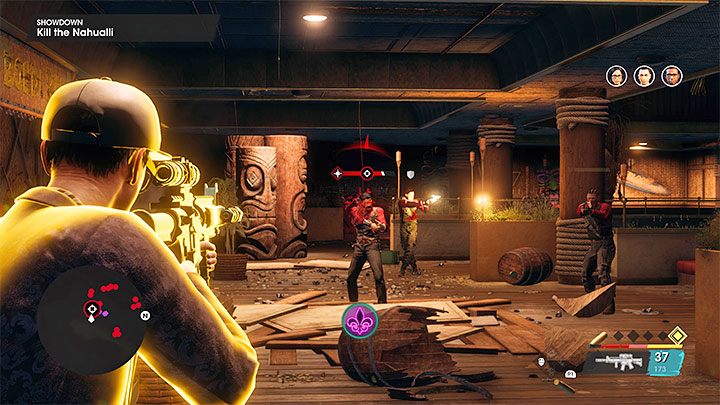 The first phase consists of a chase throughout the casino. Slowly drain the Nahualli's health whenever you have an opportunity by aiming at his head and using your best skills. The regular enemies encountered along the way shouldn't trouble you - kill them quickly, use Takedowns on them or flat-out ignore them.

The chase ends by the elevators - use one of them to reach a higher floor of the tower. 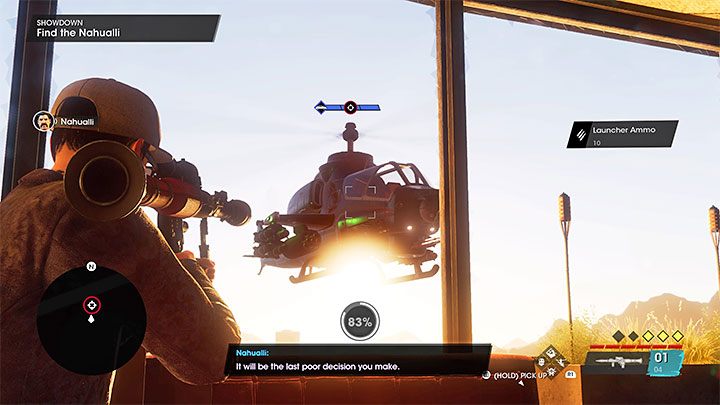 This triggers phase two, during which the Nahualli pilots an attack helicopter. Rocket launchers are your best bet here - there are some scattered around the area along with ammo. 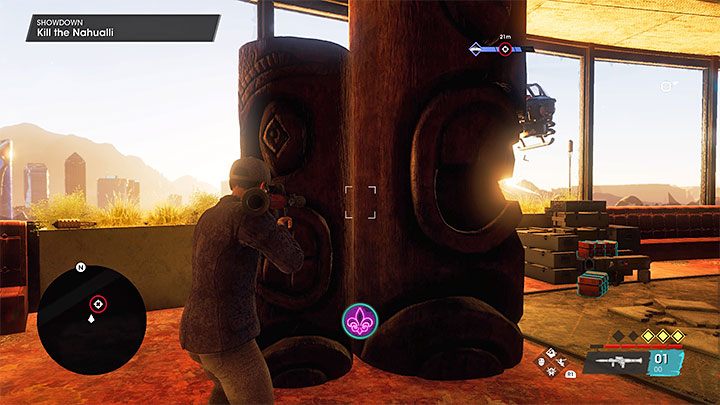 Avoid the helicopter's gunfire between firing rockets and try positioning yourself behind the thick columns. The cover, unfortunately, can't withstand the Nahualli's onslaught and will eventually fall, forcing you to hide somewhere else or dodge the gunfire. 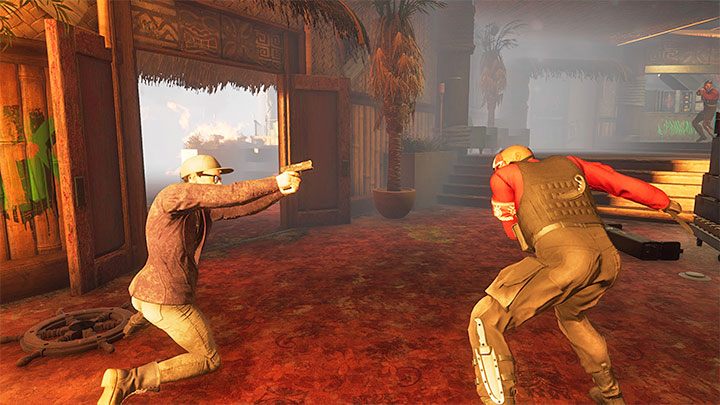 Once you damage the helicopter enough, the Nahualli will fly away. You'll engage him several times.

You'll be facing enemies on your way to the next encounter - use Takedowns on them to restore some health lost during the previous skirmish. 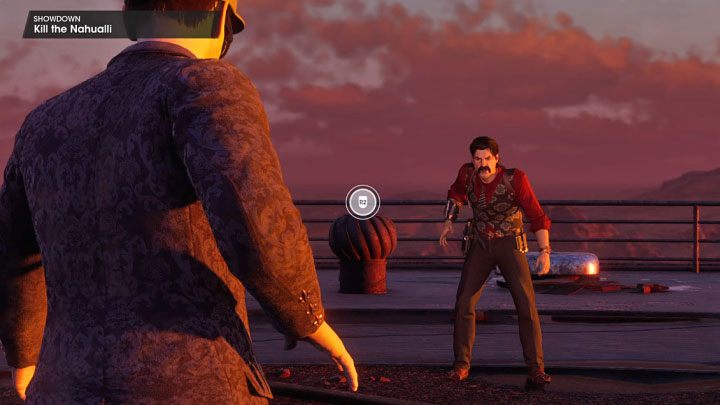 Destroying the helicopter triggers the final stand-off against the Nahualli on the roof of the tower. This is a quick-draw duel - quickly press the attack button (R2/RT on the controller) once the prompt comes up. Succeed to finally shoot the Nahualli dead. 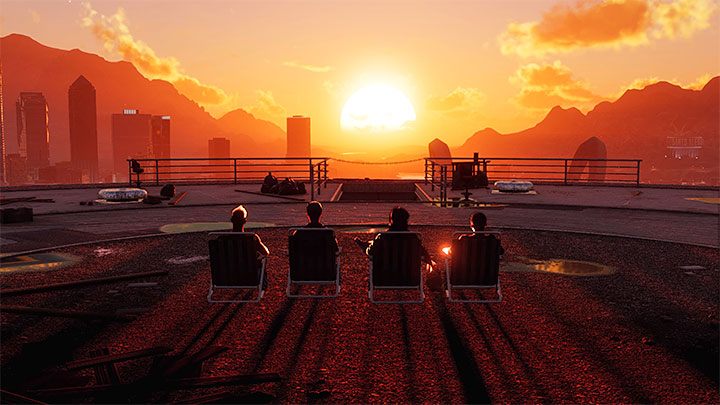 Saints Row 2022 concludes with a happy end. After dispatching the Nahualli the Saints will relax a bit on the casino roof. They also decide to keep developing their criminal empire. 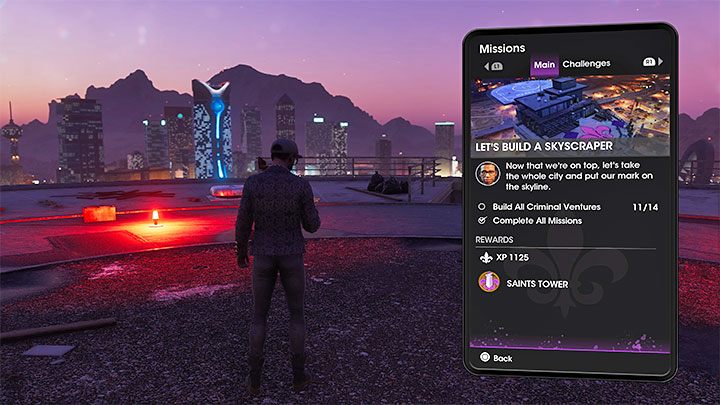 After the credits you'll advance to the postgame. You can now complete all the activities you've missed before. This also unlocks an additional story mission, Let's Build a Skyscraper, tasking you with purchasing all 14 available ventures. Completing it rewards you with access to the Saints Tower.