Unto the Breach is the final LARP-focused mission in Saints Row . Our walkthrough explains how to kill the infiltrators and save Castle Kraken, how to access Fort Thunderpump by opening the gate and activating the catapult, as well as how to defeat the fort leader, Gwen, in a boss fight. 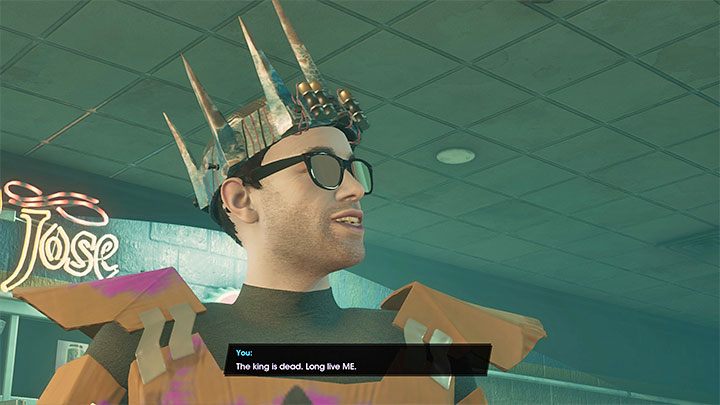 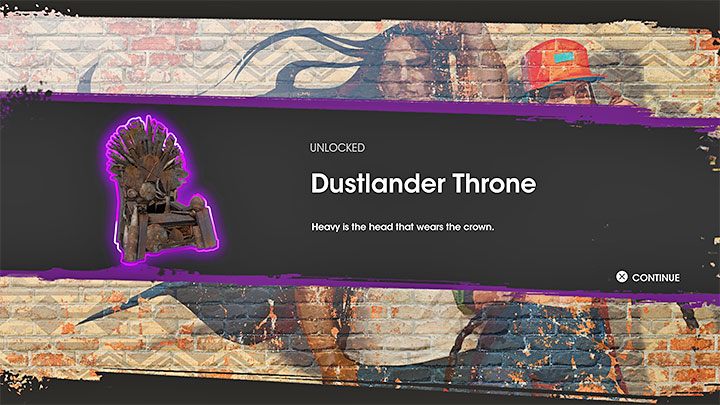 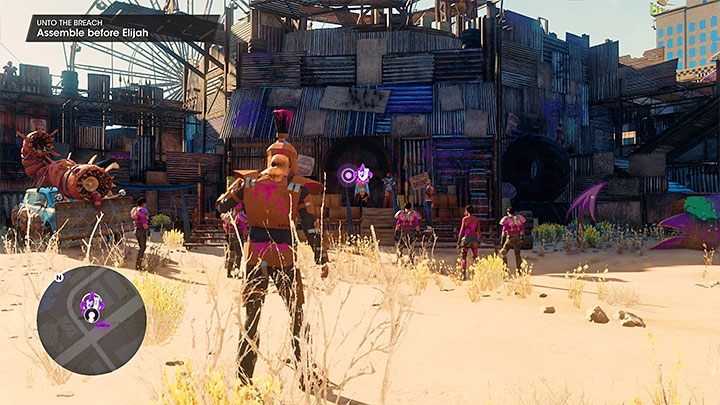 This mission serves as a continuation of the main mission The Rod Warrior we've described on the previous page. It's time for the third and final mission of the LARP questline.

First, head to Castle Kraken, one of your ventures. Enter the castle and approach your allies, then listen to Elijah's speech. 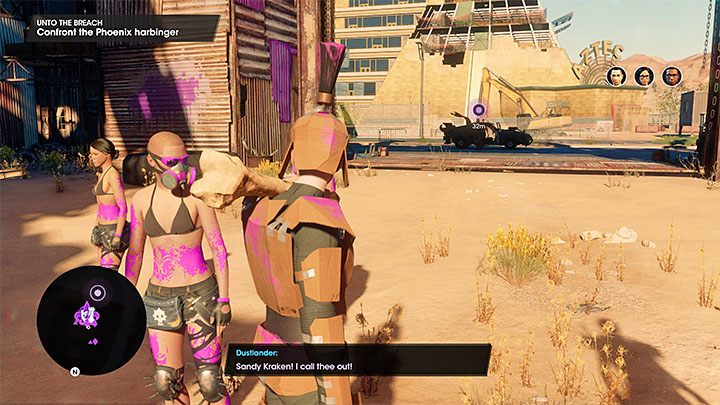 Someone will park a vehicle in front of the stronghold - approach the harbinger and talk to him. The negotiations won't take long and a fight will break out.

During this meeting you may encounter a bug. Sometimes the Phoenix harbinger simply doesn't show up. If this happens, restart the mission and make sure you don't leave your vehicle next to the castle, as that might be what's messing with the code.

Defend the castle from Phoenix 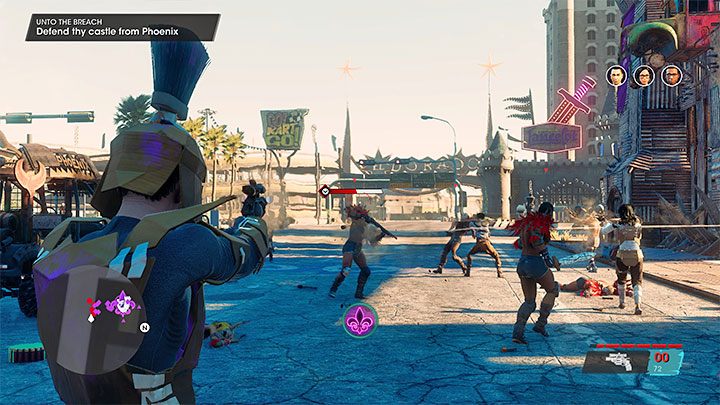 Engage the enemies in the area - you can use your fists, takedowns, melee wepaons or firearms, which we recommend. Once again, you're using non-lethal weapons which don't actually kill anyone. You're assisted by allies during this battle, and you can focus on the enemies they're currently engaging.

Find and kill the infiltrators 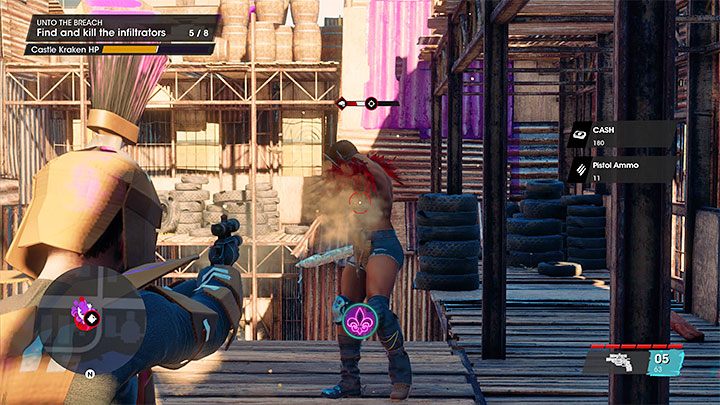 It's time for a more difficult objective - you must eliminate eight infiltrators before they can destroy the castle, that is, before the energy bar in the upper-left corner of the screen empties.

Cease fighting, return to the castle and start looking for the infiltrators (example pictured above). Eliminate them as quickly as possible. 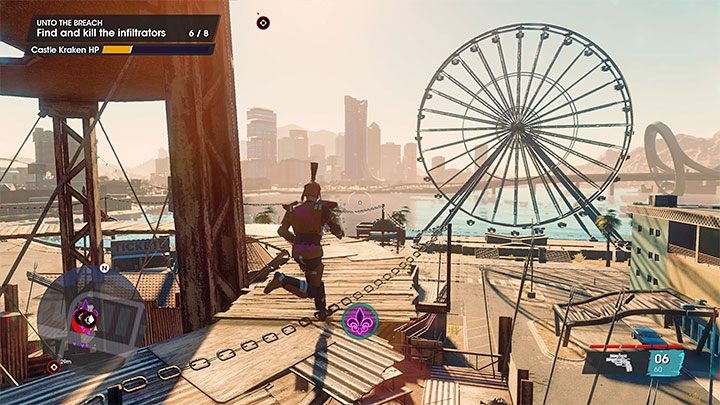 The infiltrator on top of the castle is the most difficult to find - you must get through some spinning balconies to reach him, so we recommend saving him for last. 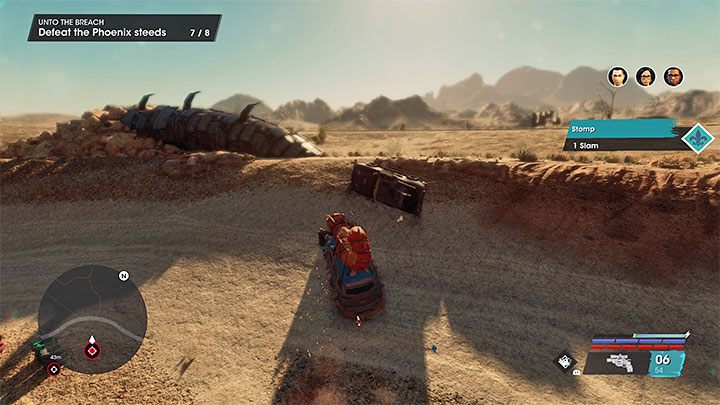 After saving the castle head back down and board the Bowelrod. Drive to the enemy fort. There are hostile vehicles in front of the stronghold you must destroy. There are a few ways to do so:

Proceed to the Gate of Bones 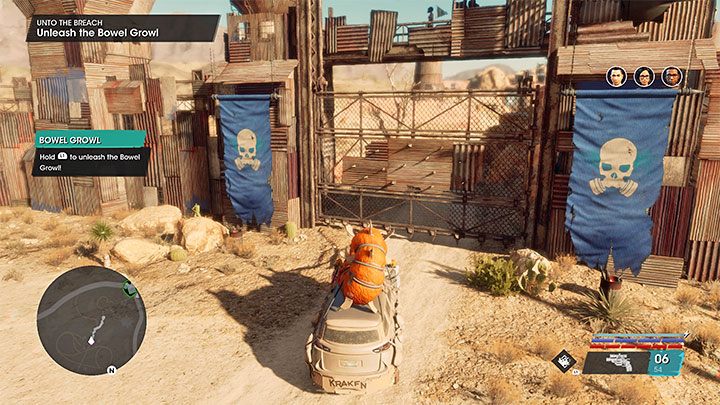 After clearing out the area, head towards the fort's main gate. Listen to the gatekeeper. Activate the Bowelrod's ability (L1/LB on the controller) to open the gate. 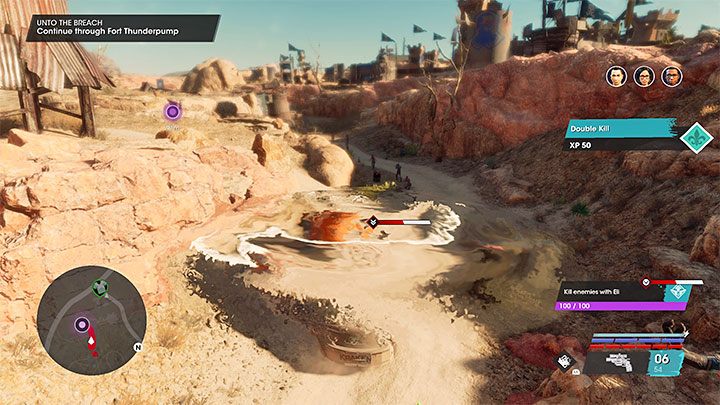 Remember to keep using Roar while making your way through the fort to weaken the enemies you pass by. You don't need to dispatch all of them though. Eventually you'll have to leave the car and continue on foot. 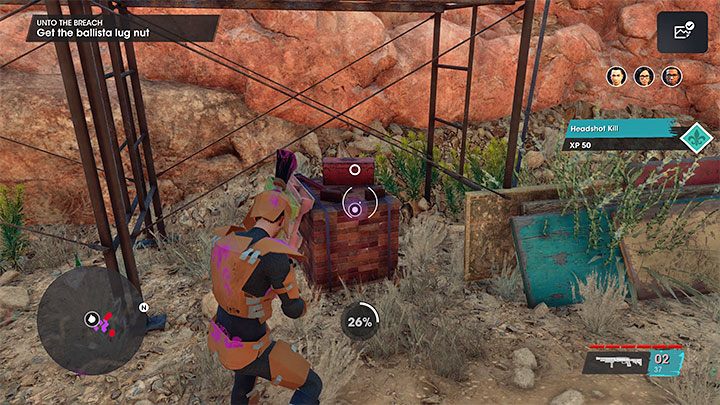 Start by eliminating the enemies from the nearby towers. Your crossbow is the perfect tool to do so.

During the battle you'll have to get a Lug Nut for your allies. It's somewhere off to the side - grab it and bring it to Neenah. She'll repair the ballista and send you flying over the wall into the fort. 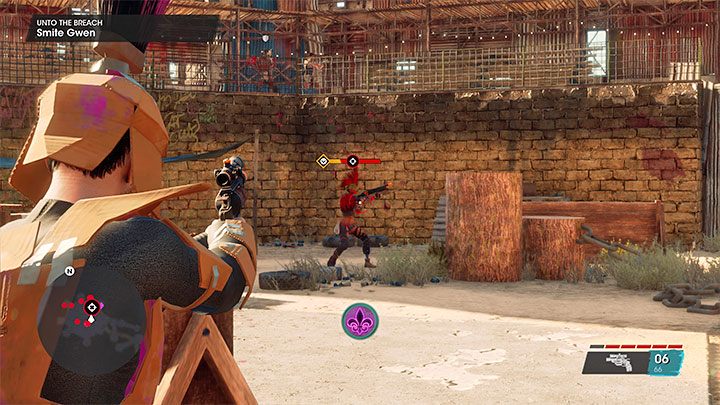 Make your way through the fort. Eventually you'll reach an arena and face Gwen in a mini-boss fight. You must first drain her yellow armor bar. Stay mobile and avoid her ranged attacks. Keep attacking and damage her whenever you have the opportunity. 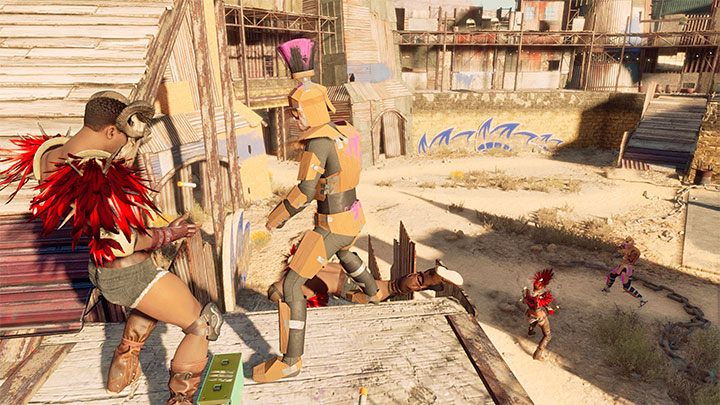 Once you destroy Gwen's armor bar you'll have to drain her health bar a few times - she's cheating and will heal a few times.

The battle is long, so you shouldn't eliminate every single enemy accompanying Gwen. Keeping a few of them alive lets you use Takedowns on them for some extra health. Finally, Gwen will surrender.

Get to the Dust King 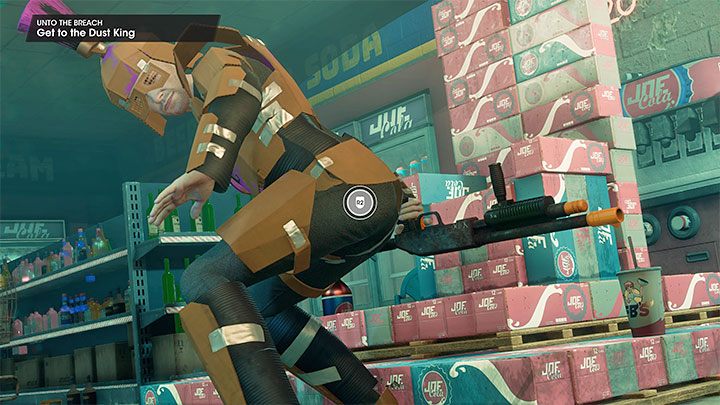 You must now head to the nearby gas station where the king swells. This is a very simple confrontation - press the attack button whenever the prompt comes up to fire at the king.

You'll complete the mission and receive the crown.