One of the main missions in Saints Row, the aptly named The Great Train Robbery has you rob the Marshall train. Our walkthrough explains how to board the train, dispatch the Marshall soldiers, as well as how to deal with the turrets, the mini-boss, an enemy helicopter and the VTOL aircraft. 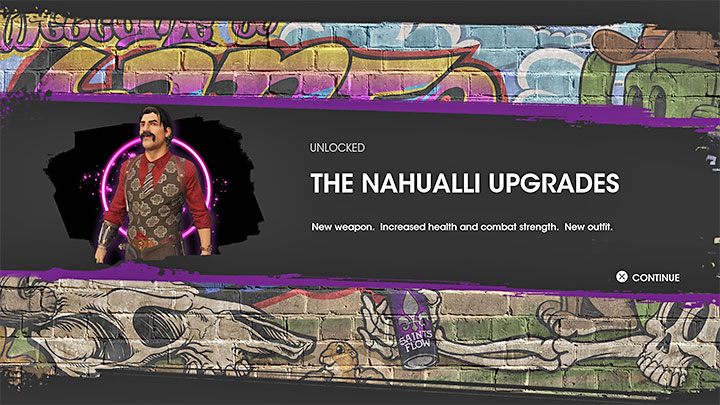 Go to the graveyard 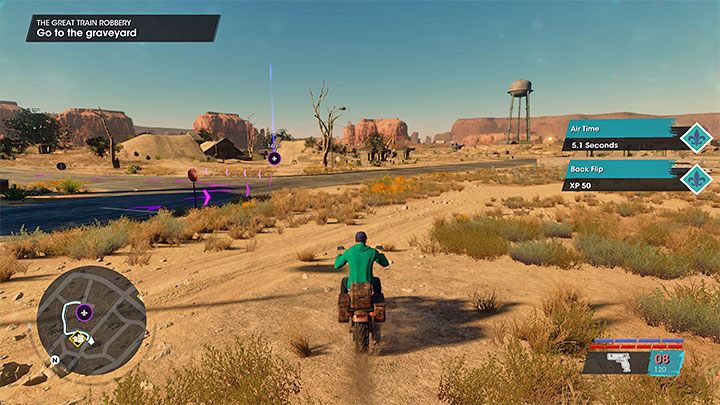 During this mission you're going to rob a train filled with cash. Head to the indicated cemetery to prepare for action. Park the car in the indicated spot and watch a cutscene. 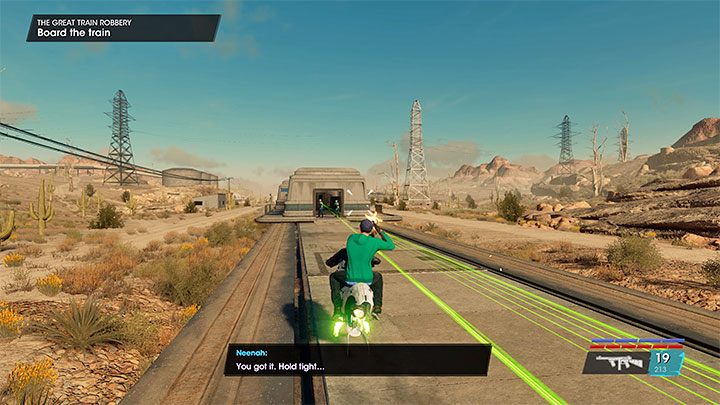 You'll use Marshall hoverbikes to catch up to the train. You begin the heist sitting in the passenger seat. Fire at the first encountered soldiers. You'll immediately jump onto the train once you get close enough. Dispatch the nearby enemies.

During this mission you need to be careful and not fall off the train when fighting, climbing or making your way through. Falling kills you instantly and returns you to the previous checkpoint, which could have been even several minutes earlier.

Move up the train 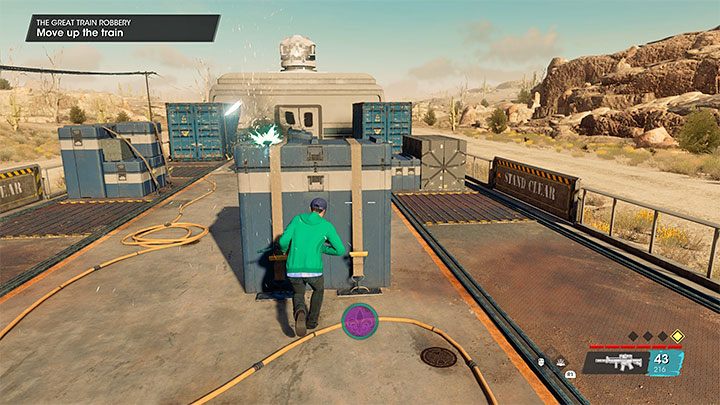 You must make your way up the train to reach the cash. One of the doors you'll encounter will be locked, but interacting with it is enough to force it open.

Avoid the turret on the rooftop of a distant carriage. Sprint from cover to cover, you can also wait for the turret to start reloading before proceeding. 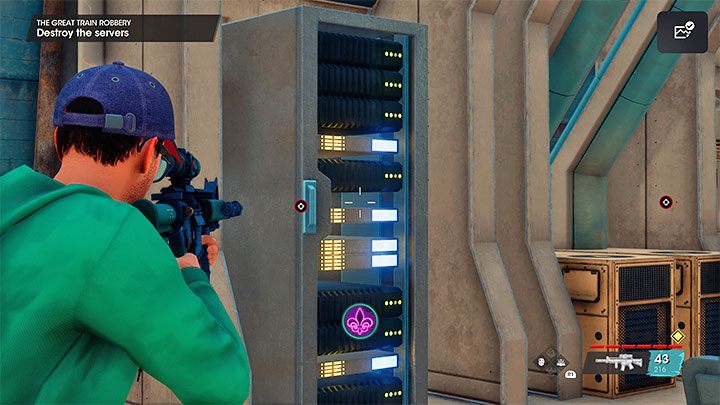 Eventually you'll be underneath the turret. Shoot the servers to sabotage it. 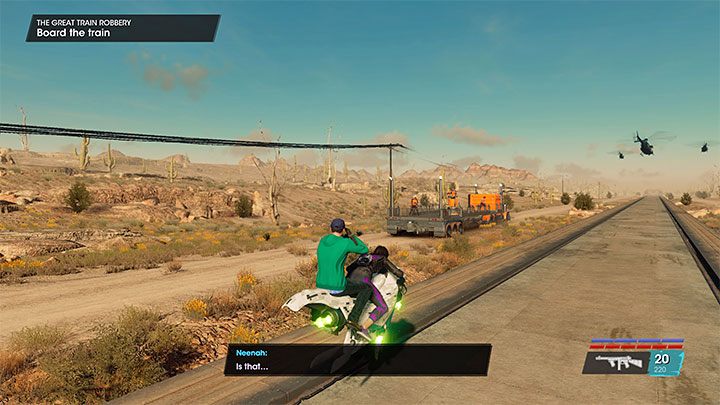 There are more encounters ahead of you. Use a sniper rifle to eliminate the more distant enemies.

Eventually, the car with you on it will be disconnected from the rest. Jump onto Neenah's bike. Trucks driven by gang members will start appearing here as well, so you should eliminate them whenever you can. They'll keep interfering even after you catch up to the rest of the team. 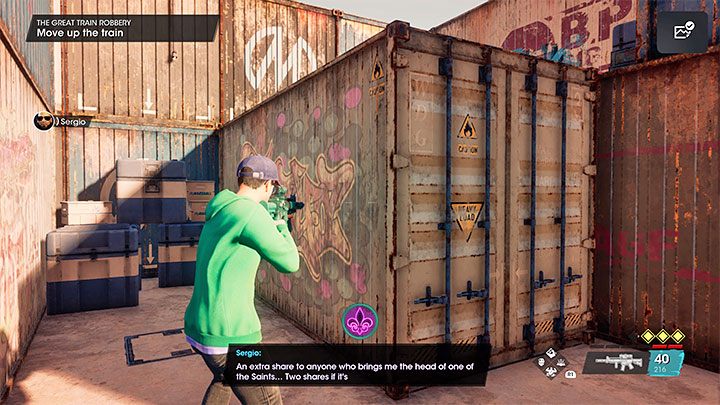 Keep going, gunning down mercenaries and gang members. Use quick shots to detonate explosive objects whenever you can.

Soon, on one of the cars, you'll need to climb some containers. Be especially careful here, as it's easy to fall off. 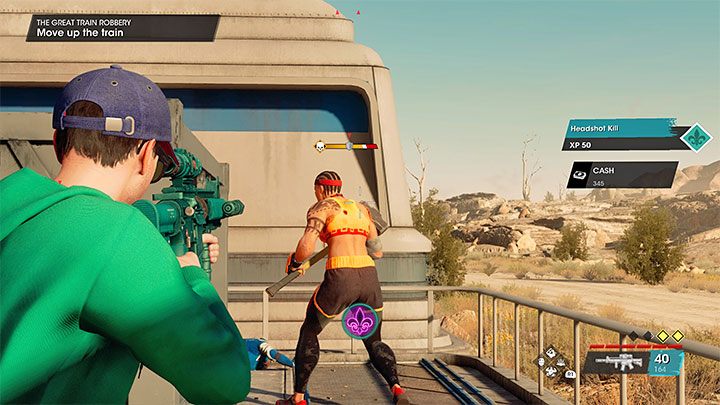 You'll encounter a mini-boss, who'll try to attack you in melee. Keep him it bay, dodge his blows but don't get too close to the edge - you'll fall if you do.

After the fight you can pick up the boss's weapon if you want to. Reach the next locked door and open it. You'll encounter Sergio, but you won't end up fighting him - he'll get killed in a cutscene by the Nahualli. 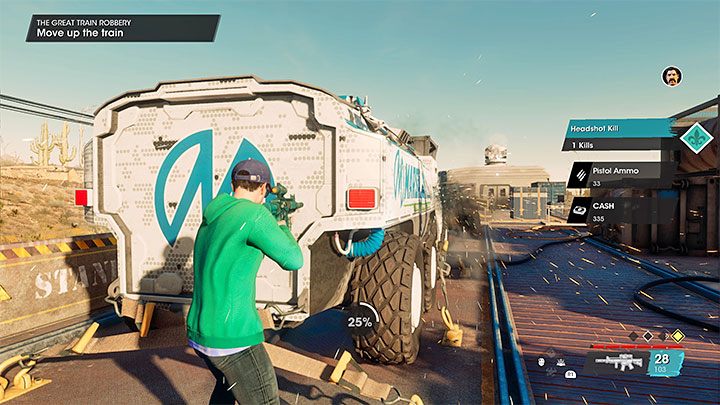 From now on the Nahualli will support you in combat. Soon you'll encounter another turret you must avoid. Marshall soldiers will keep attacking you at the same time. Fire at them from behind cover, otherwise they'll interfere when you try to move up the train. You have to sabotage this turret the same way you did the previous one, by reaching the car underneath it and destroying the servers.

Climb onto the containers. From now on you'll be facing enemies on the carriages' rooftops. We recommend using a sniper rifle or other long-range accurate weapon against them. 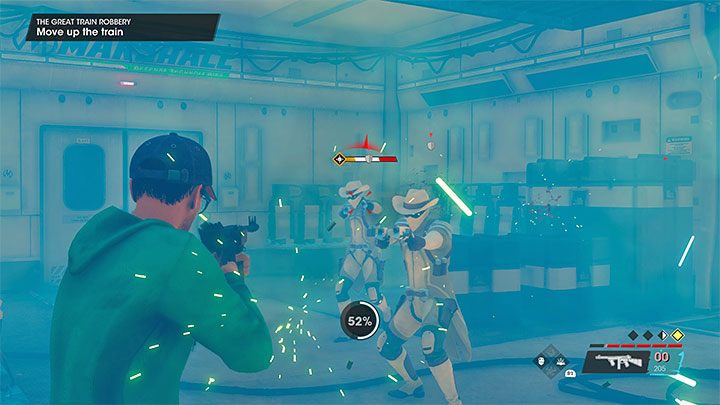 The enemies will eventually spray gas in one of the cars, trying to ambush you. When they do, switch to your best short-range weapon. Dodge and use takedowns whenever possible. The enemies can camouflage themselves, so just shoot the ones visible at the time. 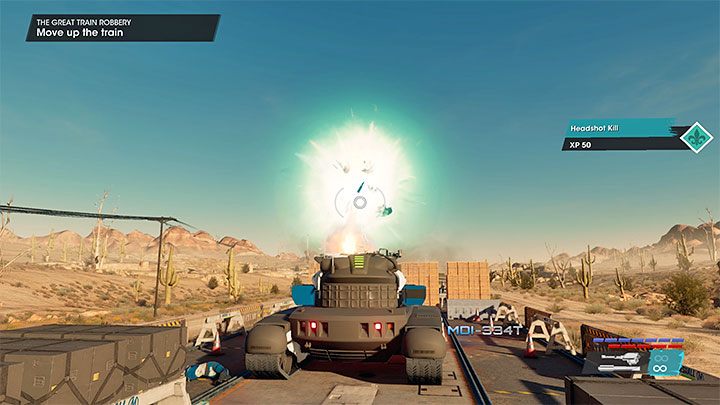 After leaving the car, board the tank - use it to destroy the helicopter, as well as the vehicles and enemies ahead of you. 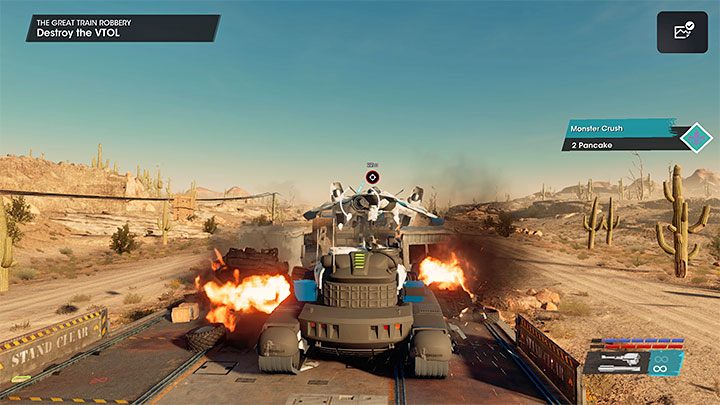 Keep driving ahead. A VTOL aircraft will appear in front of you - you can easily destroy it with the tank's main gun.

You'll reach a new wagon - leave the tank and open the door. This triggers a few cutscenes and completes the mission.