During the Donut Run mission in Saints Row you end up as prey, hunted by the users of the Wanted app. Our walkthrough explains how to stay alive and stop the hunt by meeting the app's developers.

Get in line for donuts 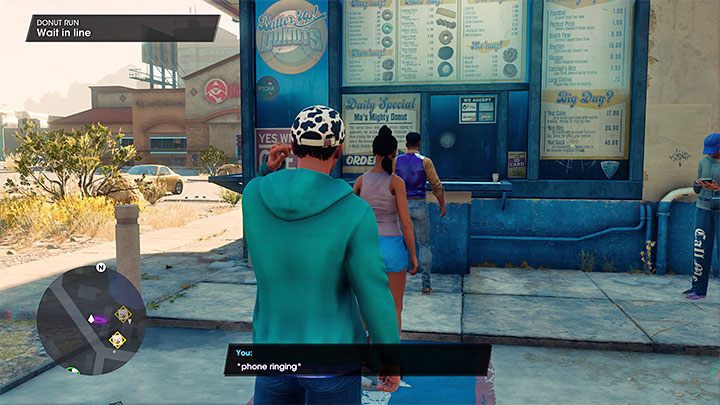 The questgiver is Eli - listen to a phone call and head to the donut shop.

There's a queue in front of the store you can't push your way through. Wait in the queue, slowly moving closer towards the counter. You'll listen to a few conversations while there. After reaching the counter, try ordering donuts. 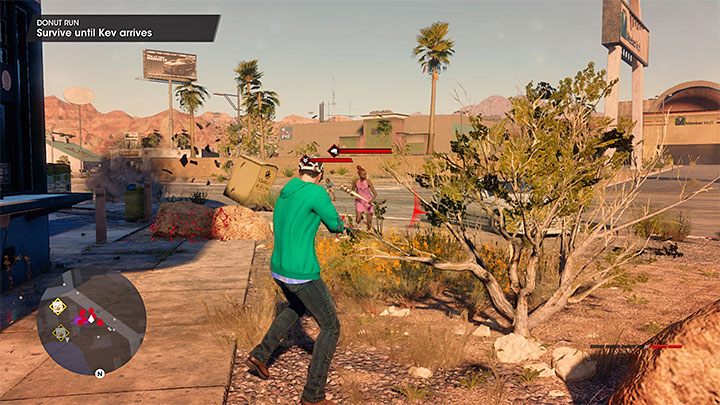 You'll suddenly be attacked by nearly every single character nearby - fight to stay alive. Kill the enemies nearest to you first, dodge and use Takedowns when needed.

You'll learn you've been added to the Wanted app - the entire city wants you dead. This mission revolves around removing yourself from the bounty list.

Get in Kev's car 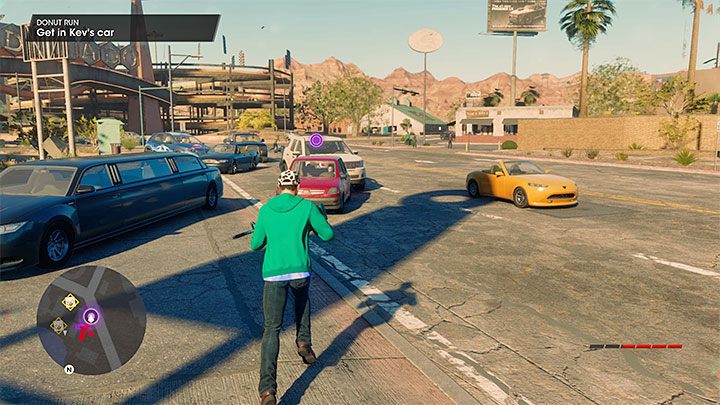 More hunters will arrive at the donut shop, on foot and in cars you can blow up before they get out. Use vehicles and other obstacles as cover.

Defend yourself until Kevin arrives. Run for his car and take the passenger seat. 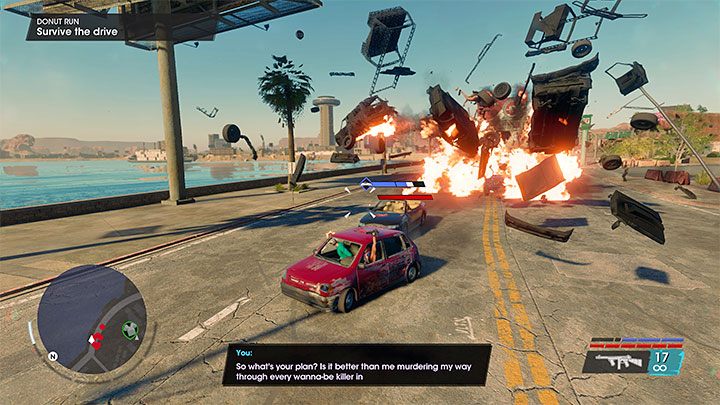 Kev will start driving towards the Wanted app's devs. You must defend the vehicle from the hunters chasing you.

You can fire away at them from the cabin or hold down the Interact button to move to the roof. Aim for the nearest vehicles before they can get close and sideswipe you. Don't let them destroy your car before reaching the destination. 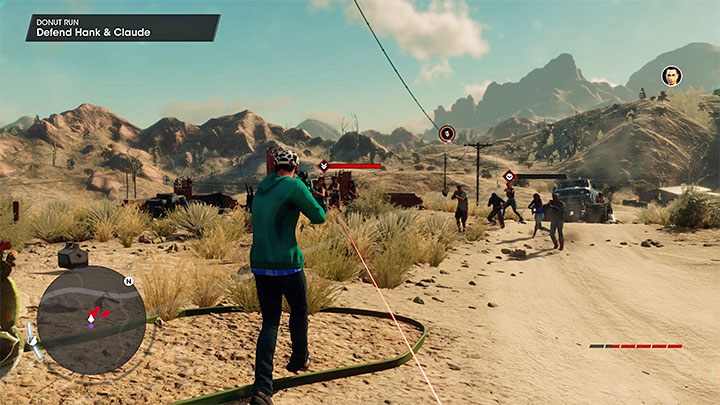 After reaching the hut out in the badlands, talk to Kev's friends. You must start defending yourself yet again until Hank and Claude remove you from the Wanted database.

Tons of enemies will swarm you here. Try to blow up their cars before they can leave them. In close quarters use your best weaponry and takedowns. AoE skills should come in handy against larger groups. 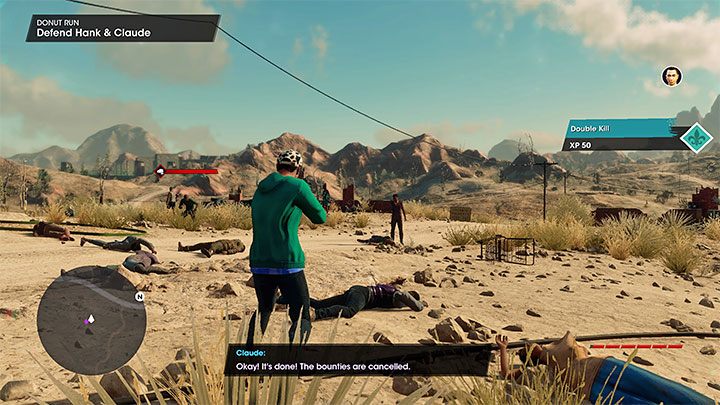 Keep fighting until you receive a confirmation of your removal from the Wanted database (pictured above). The hunt will cease, so you can finally stop fighting back. Talk to the NPCs in the hut again to complete the mission.