This page of our guide to Saints Row contains a walkthrough of the Idol Threat mission. Our walkthrough explains how to find out where Kev is being held, how to win the bar fight, how to destroy the Idols' camp, how to disarm the bombs in time, how to save Kev and dispatch the Collective member in a boss fight along with the other Idols in the mansion. 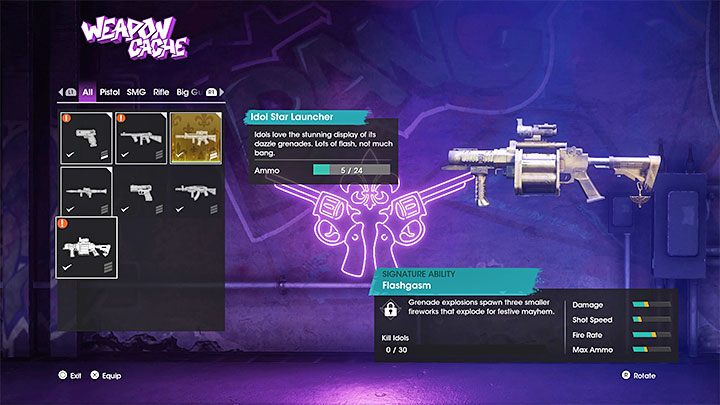 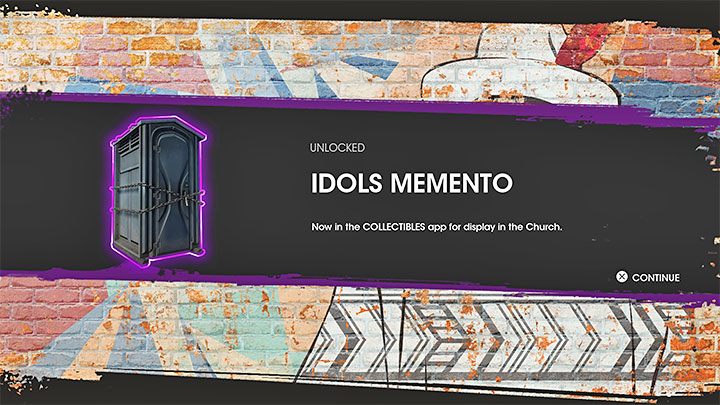 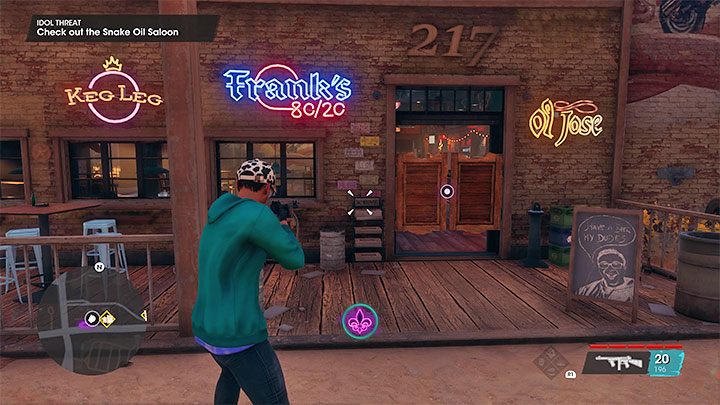 The short cutscene at the start of the mission will let you know Kev has been kidnapped. Talk to Eli in the church and head to the place shown by his GPS - Snake Oil Saloon. 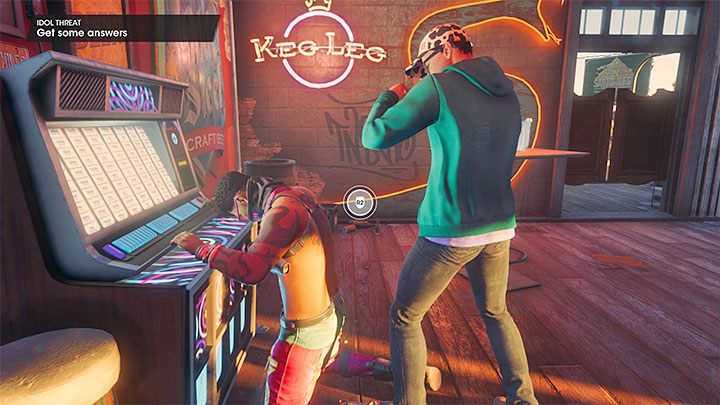 In the bar, approach the Idol standing by the jukebox. Execute a few melee attacks (R2/RT on the controller). 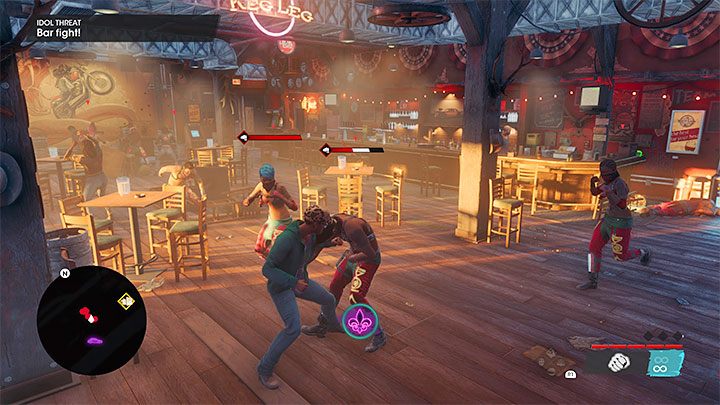 You'll initiate a bar fight, during which you have no access to firearms or your skills. You have to defeat all the enemies with your fists. You can still dodge and use Takedowns to restore health.

Thankfully, the bar patrons will all be fighting each other instead of focusing on you. You can easily eliminate the enemies busy beating up someone else. 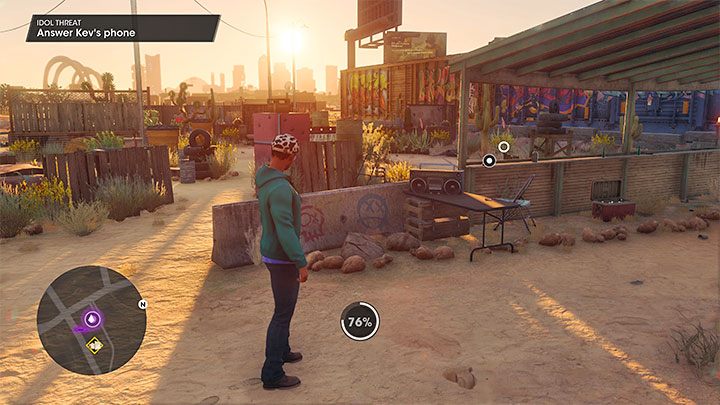 After the fight you'll hear Kev's phone ringing outside the saloon.

More Idols will appear, but now you can gun them down. Aim for the explosives scattered around the area to take them out more efficiently. 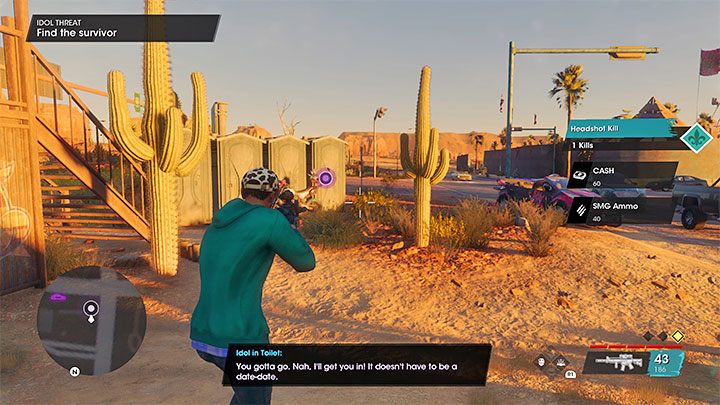 The surviving idol is in a portable toilet. In a cutscene, the Boss will attach the toilet to their vehicle and drag it behind them. 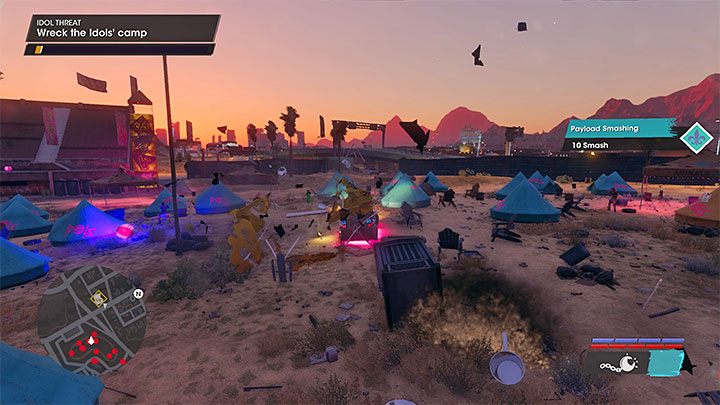 You'll reach the Idols' camp. Destroy the tents to fill the destruction meter in the upper left corner of the screen. You can smash them with the portable toilet too if you keep turning. 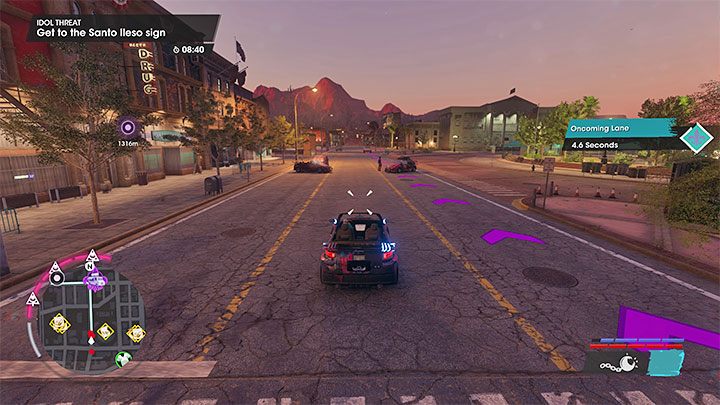 You're now on a time limit, which is not only to reach the sign, but also to complete the next objective after getting to your destination.

Drive fast, bypassing the Idol blockades. Don't waste time on them. Park the car behind the huge sign.

You're still under a time limit. Find the stairs leading higher up the metal structure at the back of the sign. 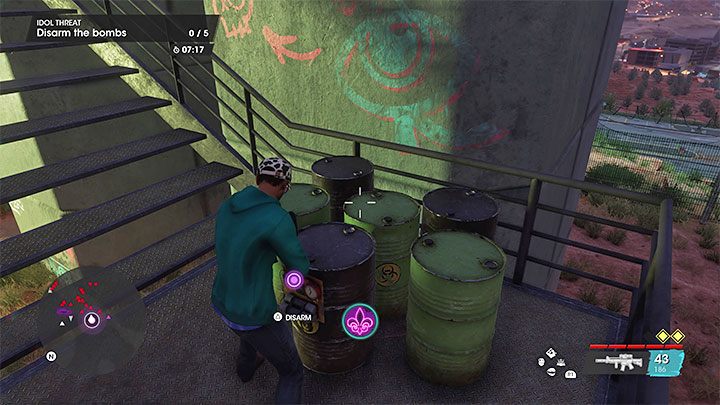 You must defuse five bombs along the way - the game will mark them for you when you get close. The way up is linear, so you shouldn't miss any of them. 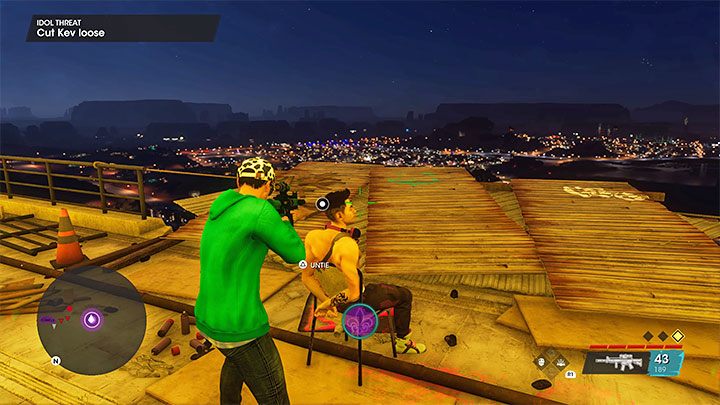 Kevin is restrained next to the final, fifth bomb - disarming it stops the time limit. Interact with Kev to have him join you. 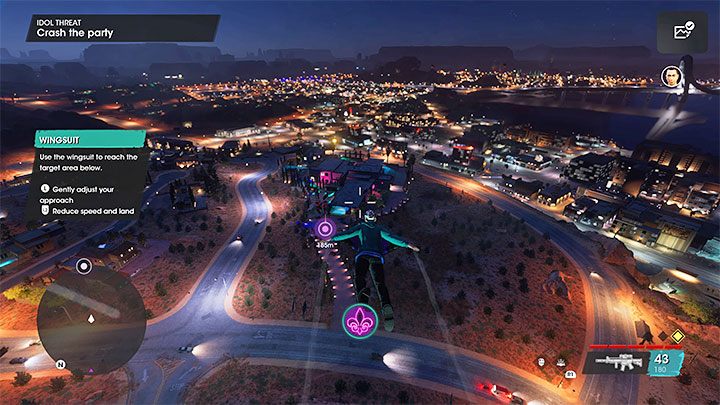 You need to glide with your wingsuit towards the house where the party is being held - hold down the jump button in mid-air. You can slow down with L2/LT to land safely without crashing.

After landing you'll need to face even more Idols. Remember to destroy yellow armor bars, use Takedowns and revive Kevin if he's knocked down. 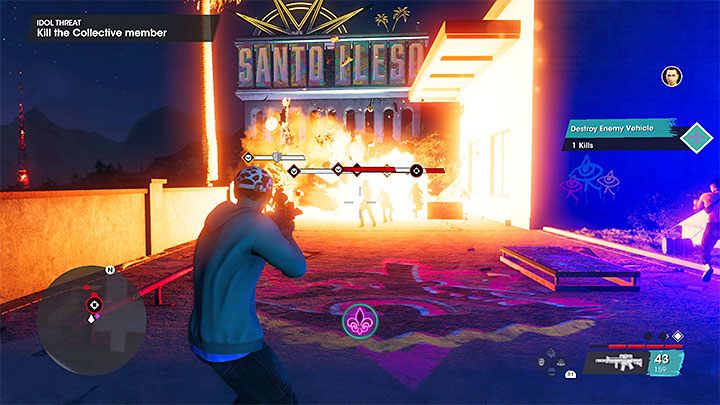 The Collective Member is a mini-boss you can only start fighting once he lands and leaves the helicopter. Try to aim for his head whenever you can. You can also use AoE skills to damage the boss and the Idols surrounding him.

Stay mobile and avoid his fireworks. If you need healing, sprint towards one of the boss' minions and use a Takedown on them. Defeating the Collective member ends the mission.