Saints Row offers many different usable firearms, including pistols, shotguns, SMGs, launchers and miniguns. On this page of our guide we answer is it possible to pick up guns dropped by enemies and add them to your arsenal. 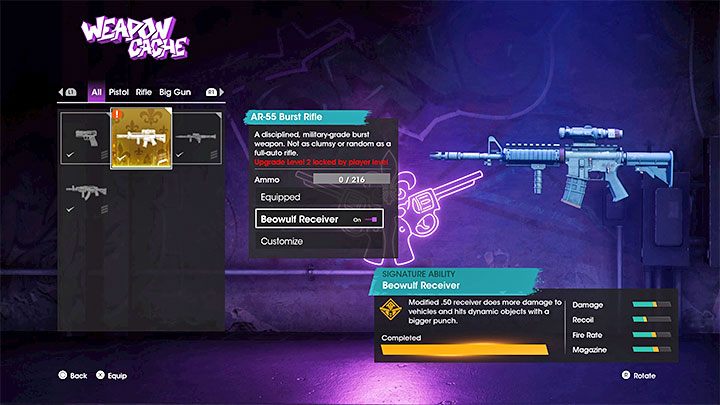 Unfortunately, you can't pick up any guns dropped by the enemies. Defeating them rewards you only with ammo and cash.

To change your loadout you must visit the armory in your HQ. There you can equip guns received as rewards/gifts or purchased at Friendly Fire gun shops. You can switch between equipped weapons with the weapon wheel (hold L1/LB on the controller). 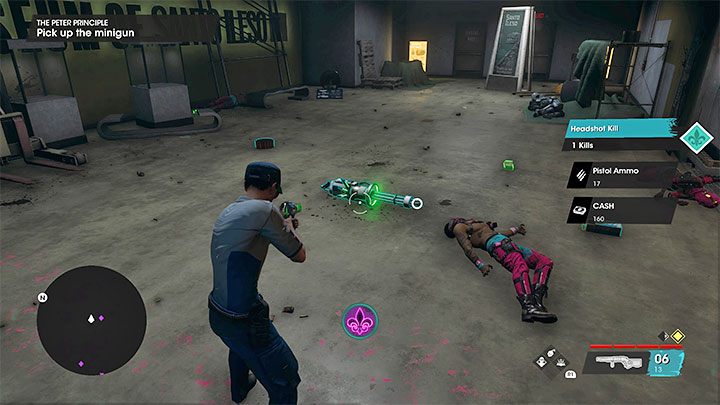 During some missions and optional activities there are unique weapons to use. Such a situation happens, for example, during The Peter Principle mission early on in the campaign. It ends with a battle sequence in which you can mow down the enemies with a minigun.

Unfortunately, you won't be able to permanently add weapons such as these to your inventory. You'll lose them after the mission, getting your old arsenal back.