The Boot Hill tournament is organized in the central island of Saints Row. You will visit this location for the first time during the Aggressive Recruiting main mission. The walkthrough explains how to unlock the path to the island, how to get new weapons, how to defeat the Boot Hill mini-boss and how to win the first tournament. 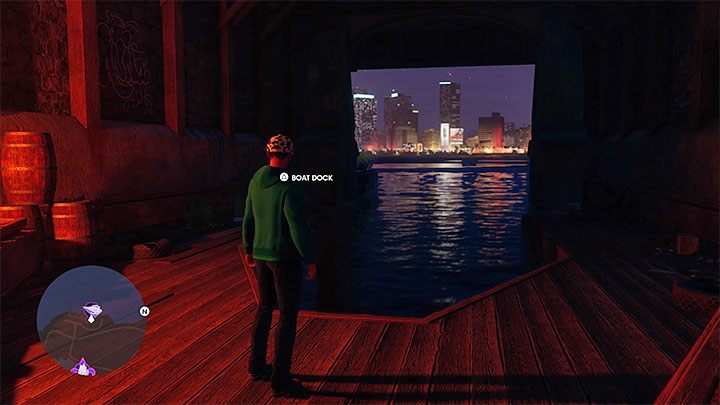 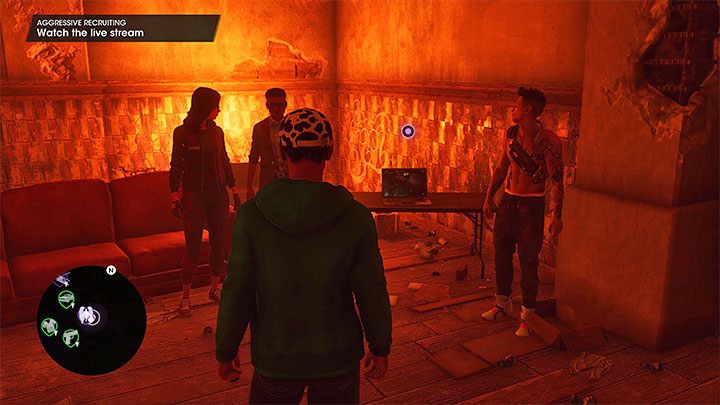 After picking up the mission, Eli will contact you. You must meet him on the first floor of the Church. Interact with the laptop and watch a stream of the fights to the death in the Boot Hill tournament. The plan is to join the next round of the tournament.

Go to the dock 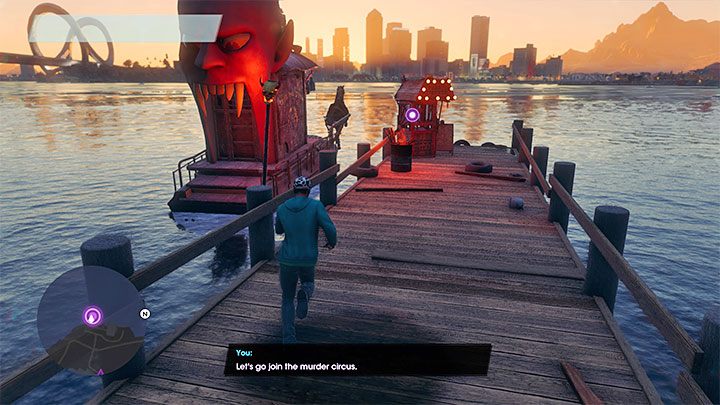 Go to the dock adjacent to the Church. There is a boat that can reach the central island of the map - the place where the tournament is organized. Buy a ticket to start travelling.

You do not have to prepare for the fights, because the game will not allow you to use your weapons in the tournament. Just try to unlock at least 1 health upgrade beforehand. 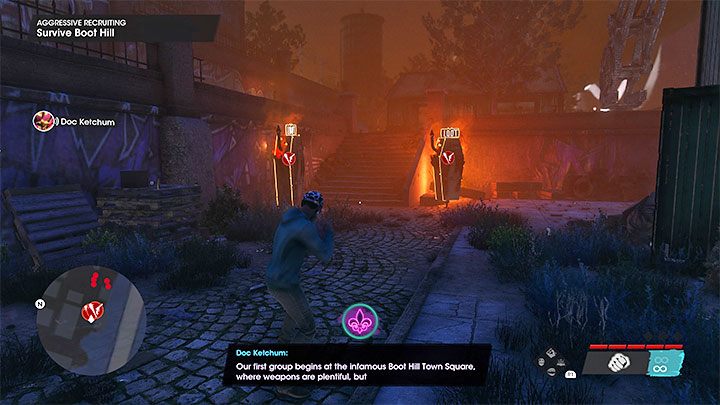 On Boot Hill island, you have to rely solely on the weapons you find. You can't use the ones you had before heading to the island.

New weapons are in vertical red coffins (example in the picture) - look for them in each newly visited part of the island. At the beginning you will get melee weapons, but later you will get also various firearms and gadgets. Test out every new weapon you come across, but there is no requirement to use them. You can switch between the collected weapons by using the weapon radial menu. 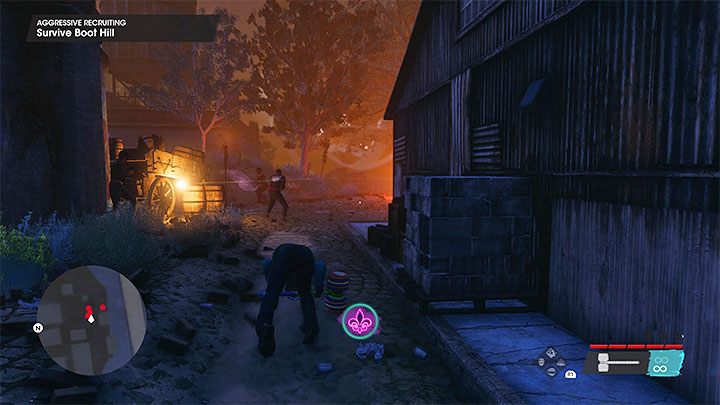 As for the fights themselves, use dodge and be sure to use takedowns to restore health. The game will not create any new checkpoint for a long time - if you fail, you will return to the starting section of the island.

Take advantage of the fact that some enemies can fight each other. They can kill themselves and won't be focused on your character for some time. 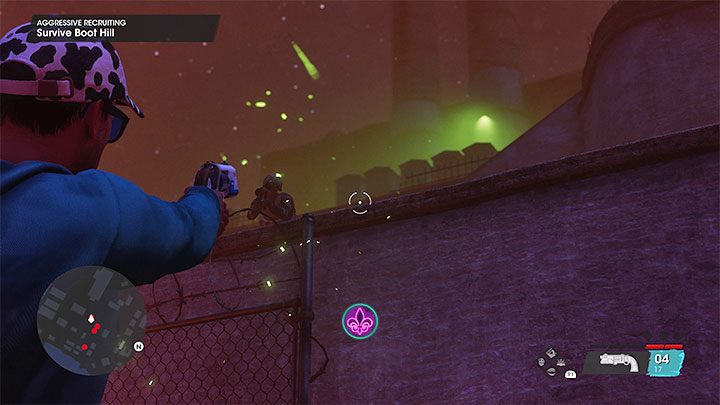 Later, you have to watch out for enemies with firework launchers - they shoot from the higher shelves and can easily deplete most of your health. We recommend running around a lot, use dodges, and lock on them at the beginning of each fight

Along the way, you can find carts with ammunition - approach them, because there is a chance that you will replenish your favorite weapons. 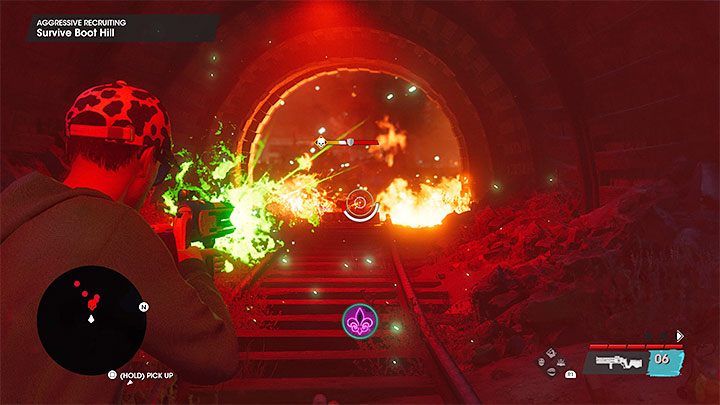 You will reach the tunnel - the game should create a checkpoint here.

Get rid of regular enemies and reach the arena with a mini-boss that has a yellow shield bar and high durability. It is best to use the last two weapons to attack him - the launcher and the rifle (hold down the aim button to aim the green crosshair). If necessary, you can retreat into the tunnel and attack from a long distance. 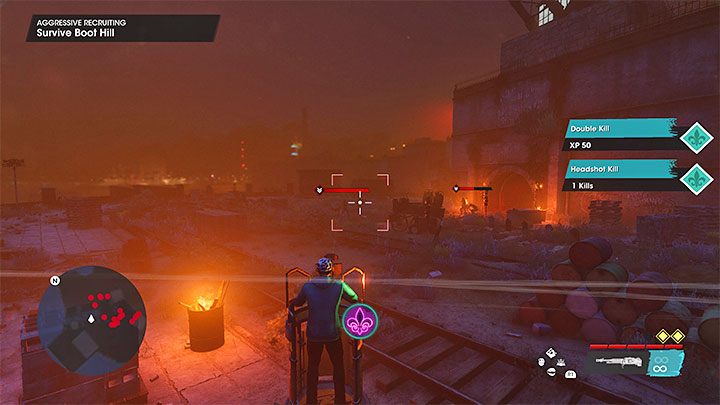 There is also a stationary turret in the location where the boss was - get rid of its operator (preferably with a headshot) and take over the turret.

Use the turret to kill enemies running from two different sides (look around with the turret from time to time). You don't have to kill them all, because after some time a cut-scene will start and you will survive the tournament.