The Forge is a mission in Saints Row in which you must help Neenah to sabotage the titular object. The walkthrough will help you, among others, in stealing a combat helicopter, eliminating targets and helicopters in the factory, sabotaging the Forge, defeating the mini-boss of the Los Panteros gang and getting out of the forge before destroying it. 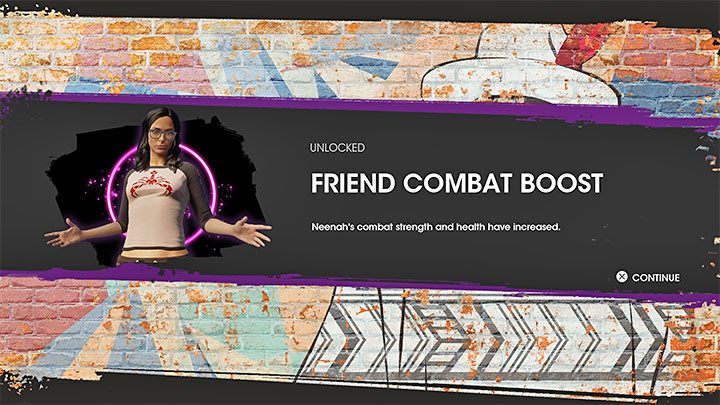 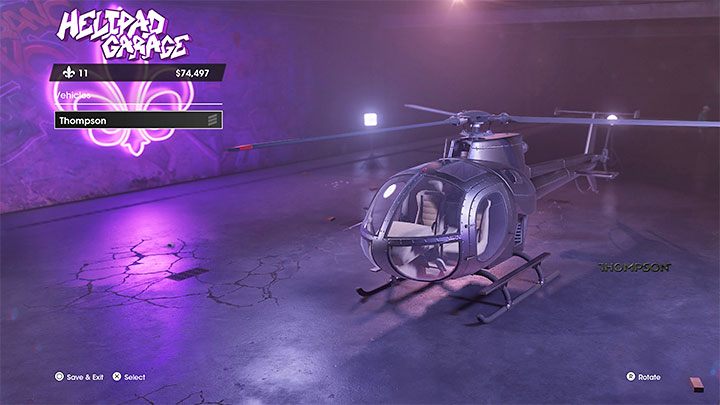 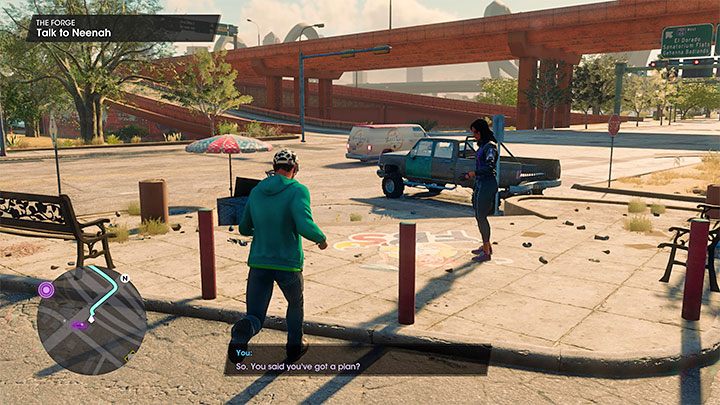 You can start this mission only after completing Neenah's Car. This time you have to help your ally to take revenge on Sergio for destroying her car.

After the mission starts, take any vehicle and drive to the meeting point. You will find the woman standing on the pavement - talk to her. 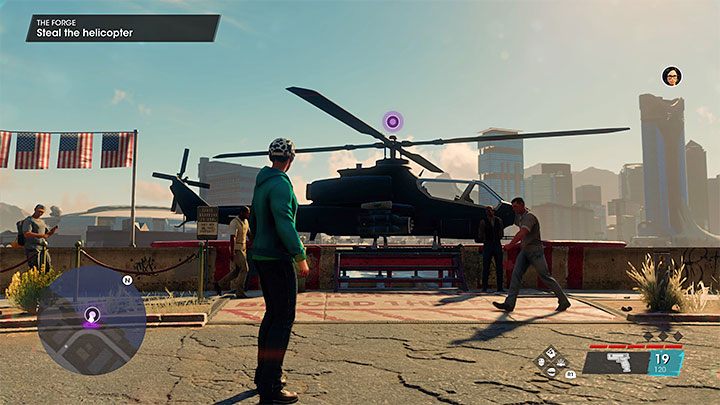 Go to the place marked on the map. There is a combat helicopter that you must steal. It is not guarded - you can board it right away.

Take a moment to learn the basics of flight, especially if this is your first experience with a flying machine. Use separate buttons to increase and decrease the flight altitude. The helicopter is also equipped with a turret and a rocket launcher.

Get to the Scorpion factory 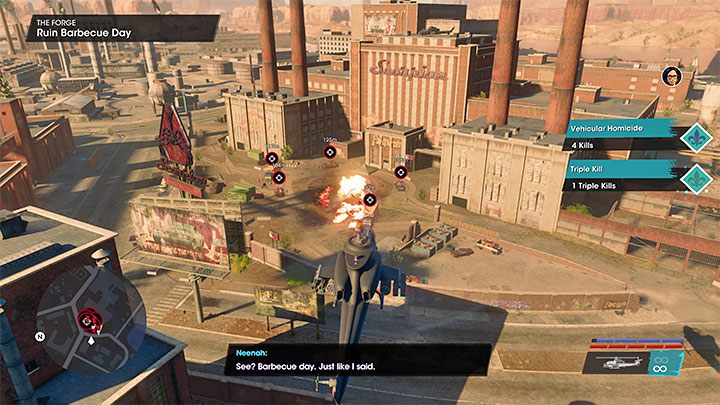 Begin your flight to the enemy factory. After you get there, start destroying the marked ground targets. Shoot the targets with rockets to destroy them faster. 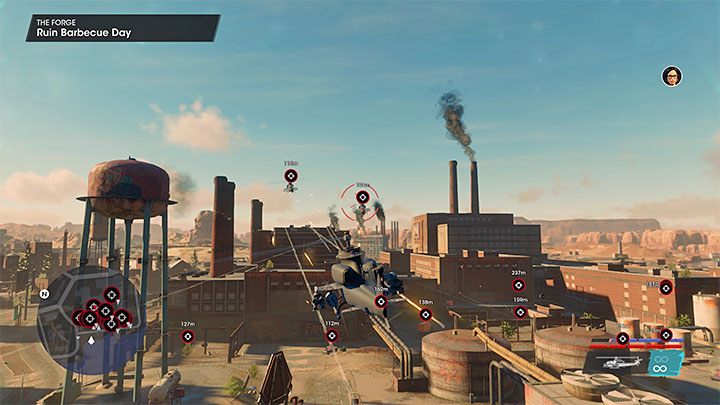 Enemy helicopters will attack you - focus on destroying them right after they appear. Move from side to side while firing so that you won't be an easy target for them.

Also, watch out for the guards with rocket launchers on the roof of one of the buildings. Shoot them from a safe distance. 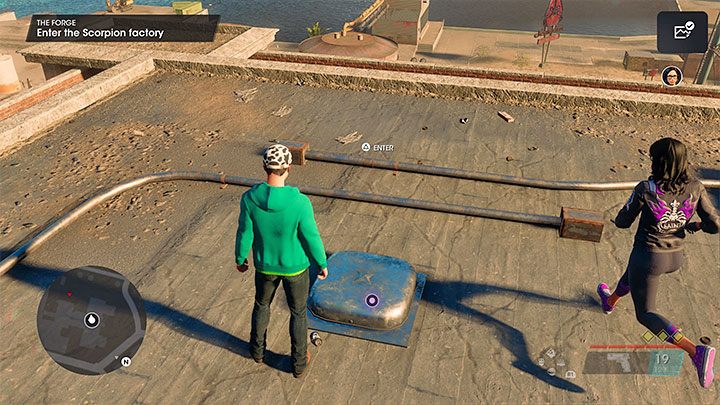 After destroying all ground targets, you must land on the roof of one of the buildings. Try not to crash - lower your altitude slowly.

Open the hatch on the roof to get inside the factory. 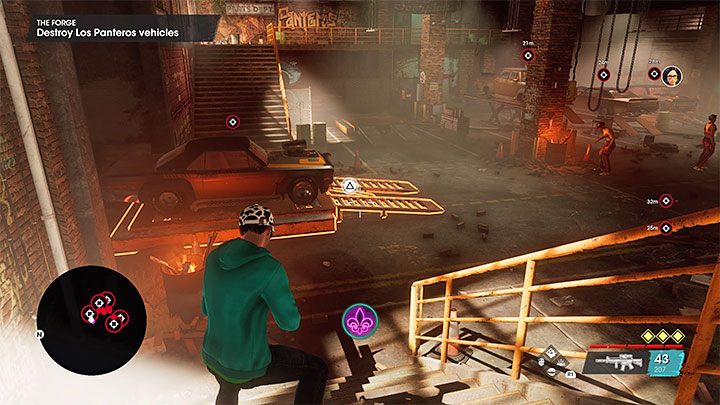 Quickshots aimed at nearby objects can help in destroying enemy vehicles. If this is not possible, then simply use a good rifle or shotgun to quickly deplete the durability bar of a given vehicle.

Members of Los Panteros are in the area. Attack those who bother you the most and perform takedowns on them. 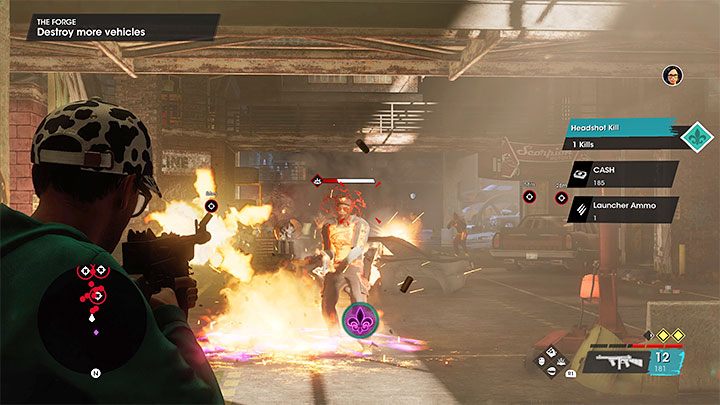 Follow Neenah to the next room in the building. You will find new vehicles to destroy - you can use the same tactics as in the previous battle (quickshots and good weapons).

Some of the enemies here will be stronger. Focus on killing those with the yellow shield bars first. Also run to Neenah to help her if she gets knocked down during the fights. After winning the battle, move on and defeat more Los Panteros.

Power up the console 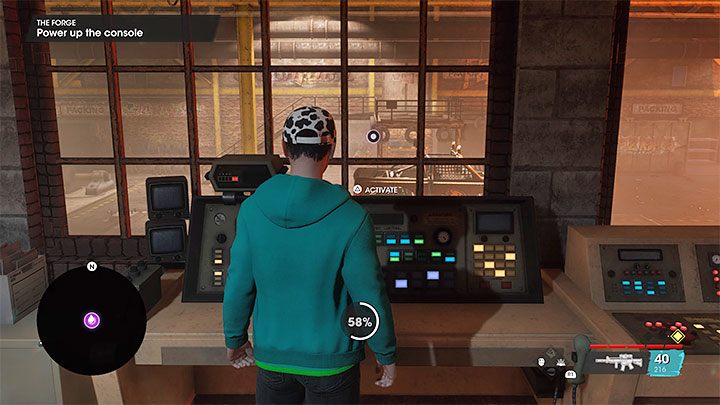 Follow Neenah and you will reach the control room with a console. Interact with it. Then go to the fuse box.

You have to defend yourself while Neenah works upstairs. Expect enemies to appear in large numbers. Attack those with the yellow armor bars first. Remember to dodge and use takedowns to stay alive. 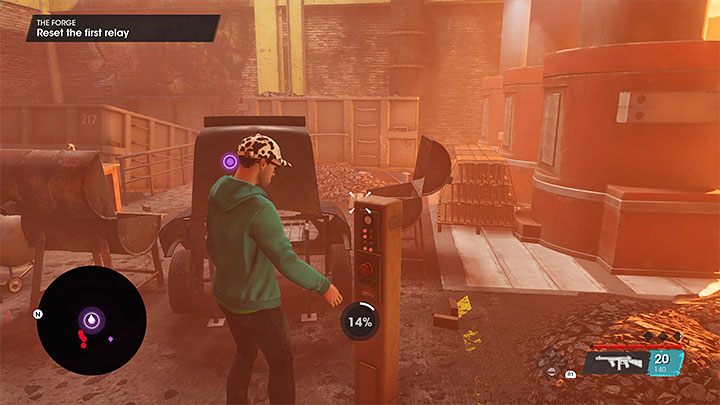 During the fight, you will receive a new mission objective. Get rid of the enemies near the relay so that they won't disturb you. Then, perform an interaction that will last a few seconds. 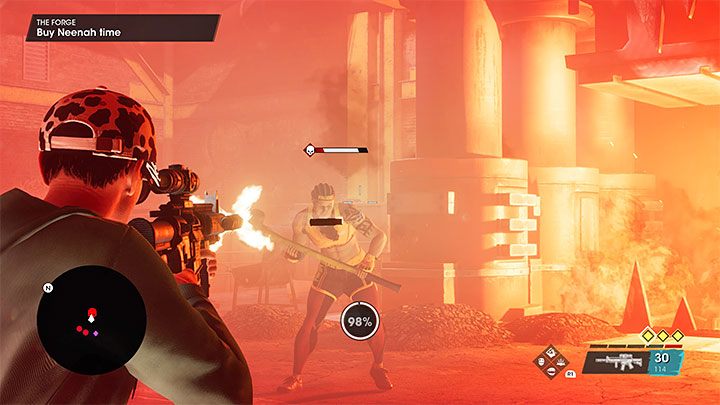 You have to do the same with the second relay.

More important information is that a mini-boss from the Los Panteros gang will appear in the Forge. This opponent uses very strong melee attacks with a large weapon. You have to be on the move at all times, keep this enemy at a distance and shoot at him from away to deplete his 2 health bars. Heal yourself by using takedowns on regular enemies, but only after you move away from the boss.

Find a way out 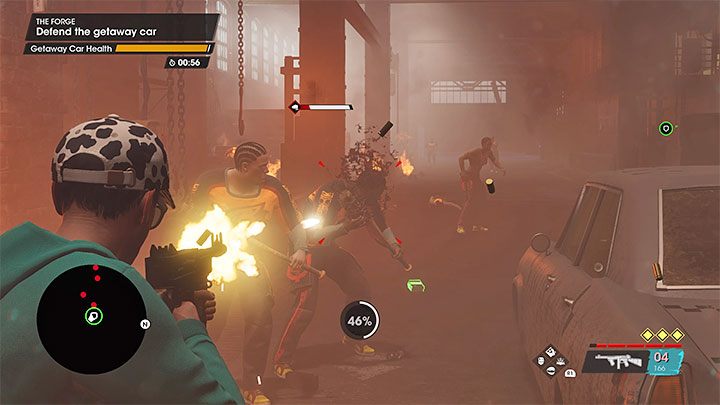 At the end of the mission, you must race against time and escape the Forge before it is destroyed. Run to the marker. Quickly deal with nearby enemies - use the best weapons and offensive skills.

Try not to damage the parked car - you will need it to get out of the building. After killing the enemies, the heroes will break through the glass wall of the building and the mission will end.