The Be Your Own Boss mission in Saints Row contains quite a lot of combat. Our walkthrough explains how to rescue Kev and Eli, how to dispatch the Collective member in a mini-boss fight and how to escape in a truck. 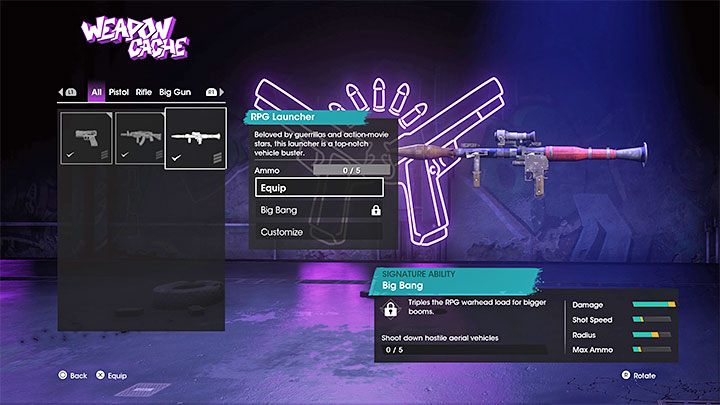 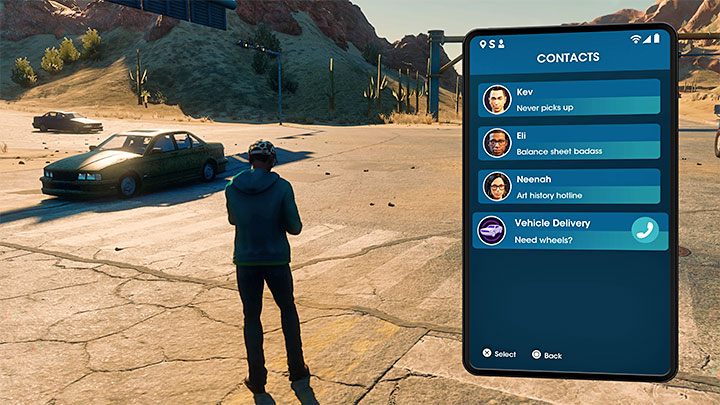 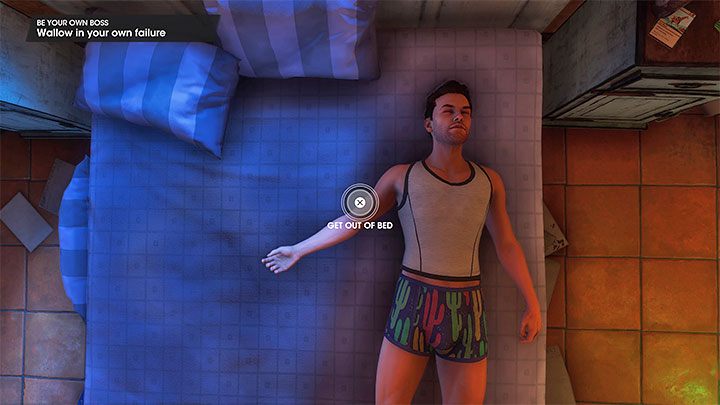 This mission starts in your apartment and is quite humorous at first. You have to try to get out of bed three times (X/A on the controller).

Go to the kitchen, grab a toast and try to use the toaster (Triangle/Y on the controller, three times).

Go to the living room and sit on the couch.

Get to the Idols Party 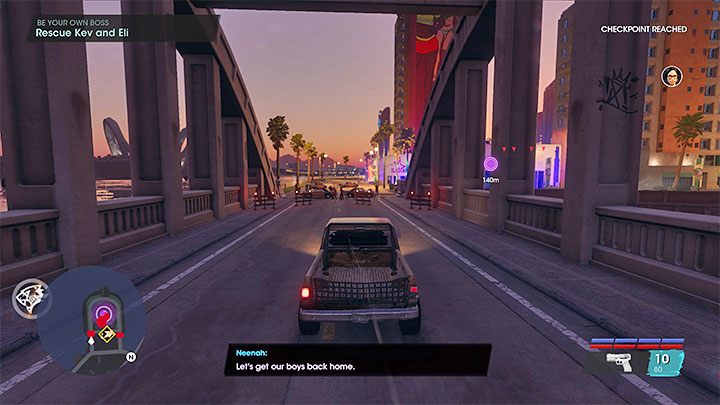 After the cutscene you'll find yourself outside the building. Enter the car and head to where the Idols are partying, in Marina West. The way forward is blocked with a barricade - you can break through it by driving at high speed or bypass it. 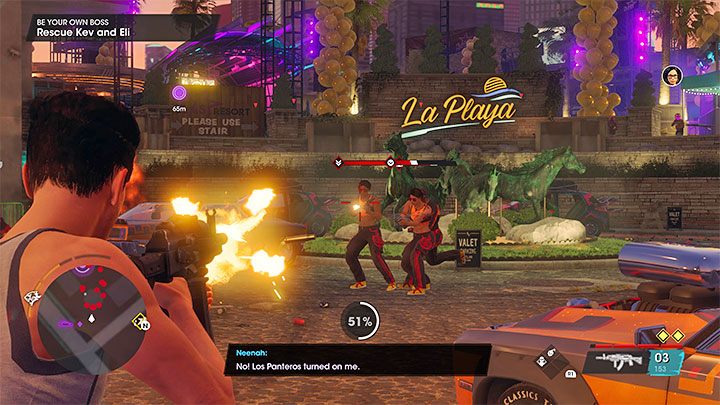 Leave the car and head to where Kev and Eli are. You'll face some Idols along the way, though the initial encounters aren't challenging whatsoever. 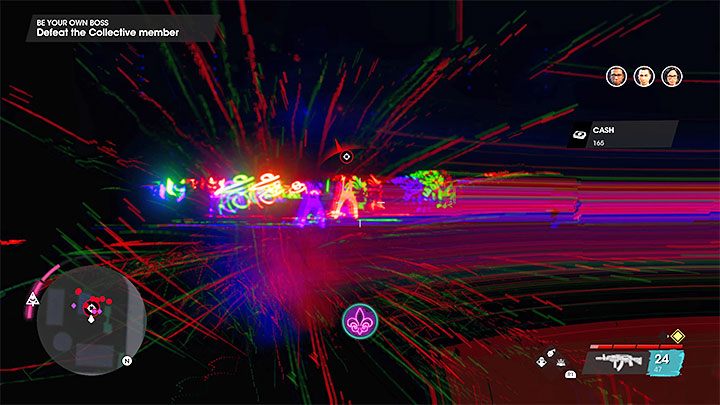 The boss is much more resistant to attacks and has unique skills. One of them is temporarily blinding you. If he does so, keep moving, as otherwise you'll be an easy target, and wait the effect out. 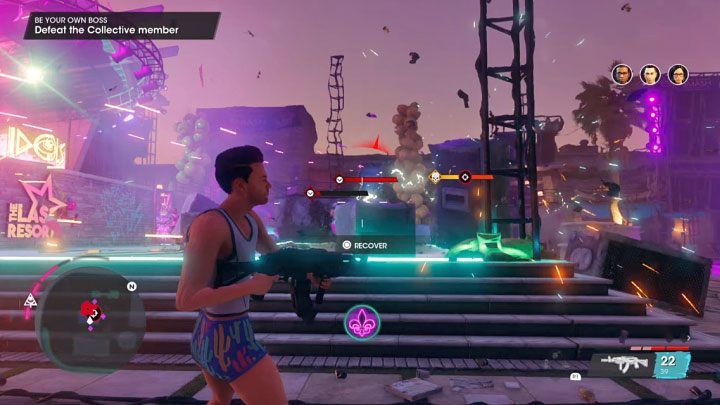 The foe can also generate fireworks explosions. This is an AoE attack, run away as far as you can to get away from it.

If you get stunned, mash Circle/B to recover. The longer you're stunned, the easier it is for the enemies to hurt you. 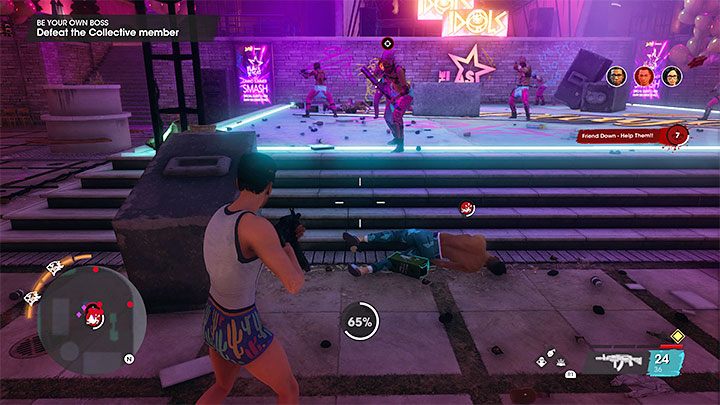 Try to revive your allies if they get taken down, but only if you can do so relatively safely.

Focus on attacking the boss, draining his armor bar and then his health bar. Try not to ignore regular enemies either though - we recommend using AoE attacks and Takedowns on them to heal.

Get in the truck 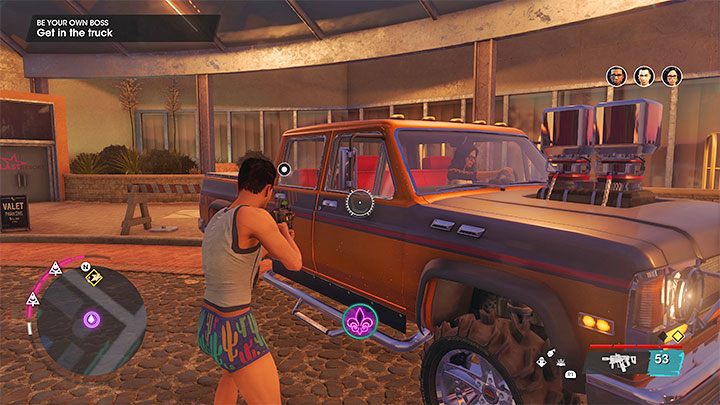 After the fight head to the exit. There are more enemies along the way, though they aren't very threatening. Reach the truck and enter it to make your escape. 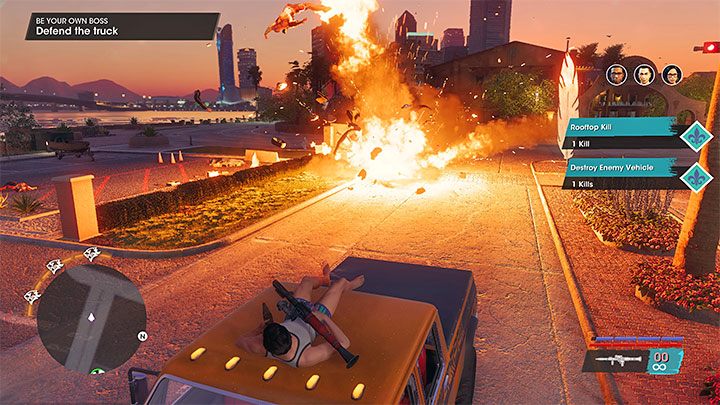 You'll end up on the truck's roof with a rocket launcher and infinite ammo. Fire away at the vehicles chasing you. Try not to miss, as the launcher takes a long time to reload.