In Saints Row, you can own various machines and one of the best vehicles in the game is the monster truck - Gargantua. On this page of the guide, you will find information on where to find the monster truck on the world map, how to steal it and how to deliver Gargantua to the garage to keep it permanently as one of your own.

The monster truck is on the farm in the south-eastern corner of the map - on the Rojas Desert South. 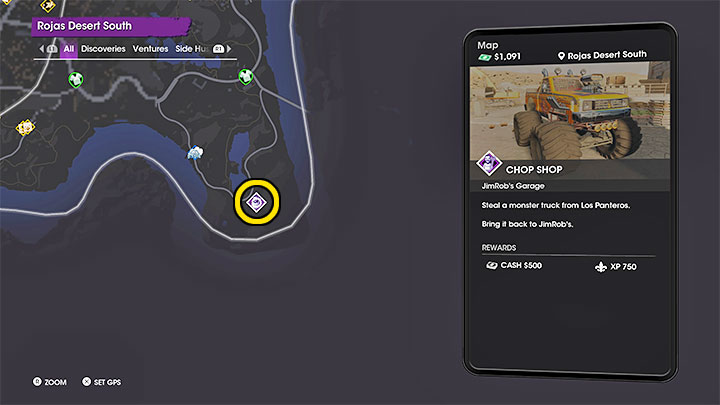 You can find out about Gargantua's location by completing orders for the Jim Rob's Garage, because one of them is about stealing a monster truck. However, you can also get there while exploring the map.

Note - The game will not allow you to save the monster truck while completing the assignment for Jim Rob's Garage, because you will have to return the vehicle to the workshop. However, you can return to the same place after completing the mission - another monster truck should spawn there. 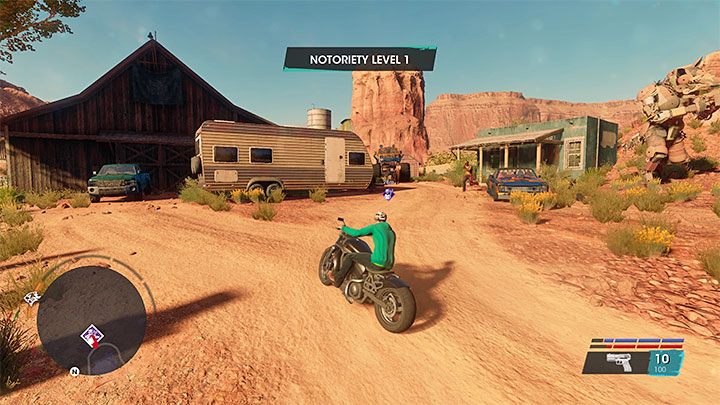 The farms are guarded by Los Panteros gangsters. You can fight them or focus on reaching the vehicle. 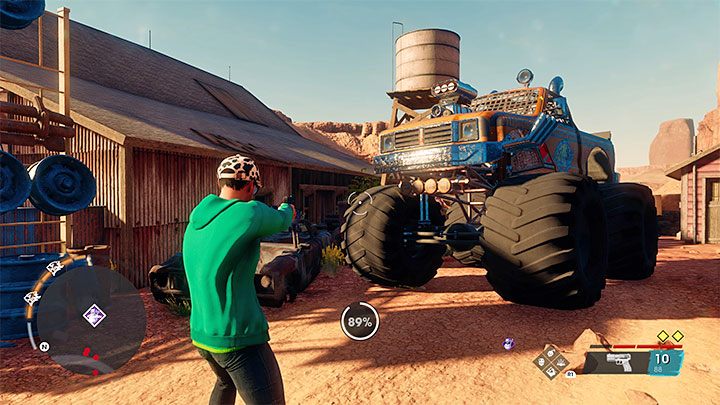 The monster truck is parked next to one of the farm buildings - you can get inside the vehicle without breaking into it.

Save the monster truck in your garage 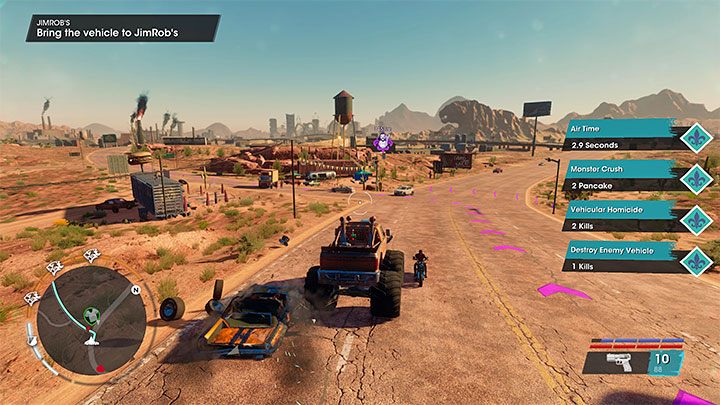 Drive Gargantua to your garage. This can be the garage next to your current hideout or the Jim Rob's Garage (purple icons on the map).

You may be chased by Los Panteros along the way, but the monster truck has no problems with destroying other vehicles. This is one of its greatest advantages and, as a result, it is worth using it in missions where you travel in your own vehicles. You can run over enemy cars or brake when they are behind you, and there is a good chance that they will explode on contact. 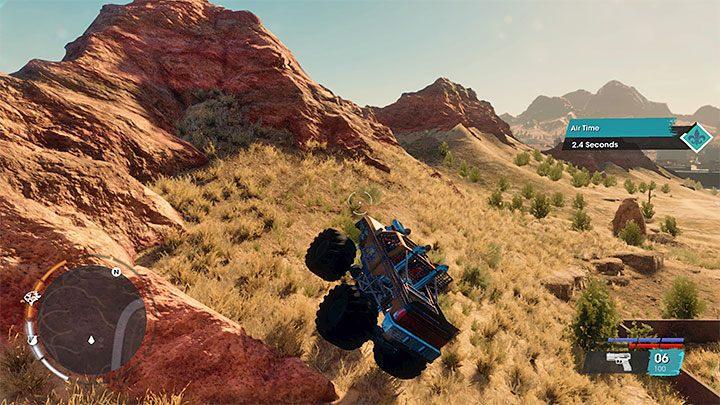 You must end the chase before driving into the garage, because the game will not allow you to keep the machines if you are in the middle of a fight. You can solve this problem by running over all the cars that are chasing you or, for example, by going off-road - the monster truck won't have any problems there.

Alternative way to get the monster truck - Los Panteros blockades 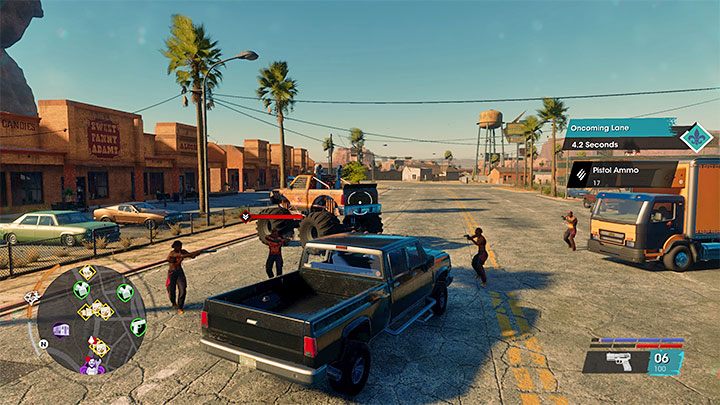 There is also another method of obtaining Gargantua - the monster truck can spawn next to the blockades set up by the Los Panteros gang. You must be in the territory of this gang and take part in a pursuit. You can increase the chances if you deliberately let the enemies call for reinforcements.

In this case, losing the pursuit can be more problematic, because it will probably be on one of the higher levels and the gangsters will chase you more aggressively.