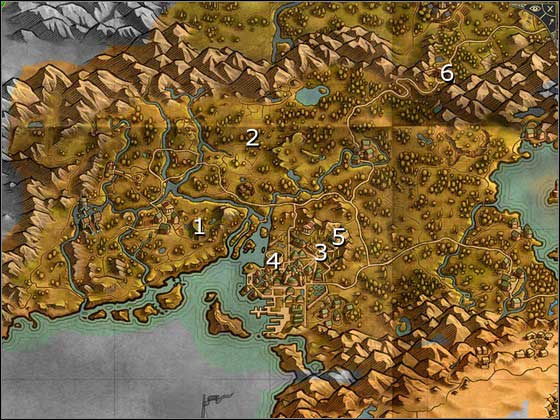 Go to the building east of Sloeford [1] and talk to the Inquisitor Tahlreth. Then go to the Resurrection monolith located in the north east. [2] and help Inquisition Soldiers to kill the gentry. 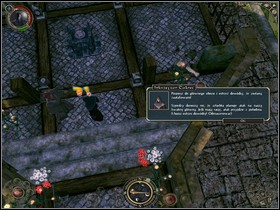 The Center of Power

Go to the camp located near to the Resurrection monolith [2] and talk to Commander Amalia. She will send you to Inquisitor Nimonuil in the north west area of the town called Thylysium [3]. There you have to talk to Inquisition Guard and when he will attack you - just kill him. Then talk to the another guard. He will send you to the building on the west (it looks like a Colloseum) [4]. Go there and talk to Nimonuil. He will order you to prove yourself on the arena. Go to Arim who is standing in the same building. Talk to him and then go to the arena and kill all of your opponents. When you will be done - talk to Arim once again. 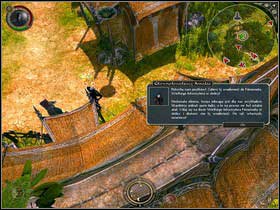 Go to the temple located in the north east area of Thylysium [5] and talk to Nimonuil. Then go to the Dragonmaw Pass [6] when you will have to talk to Wall's Guard. The gates are now open for you. 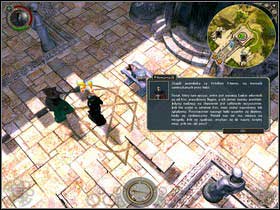