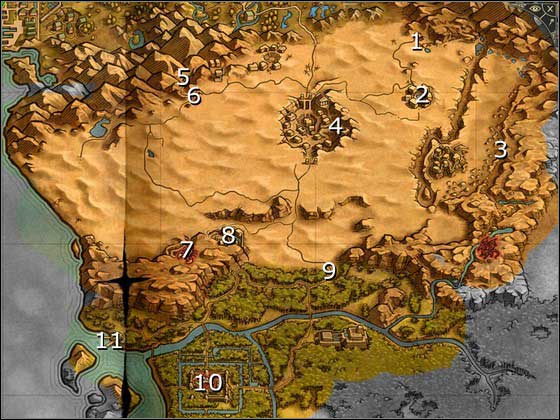 West of the cave you will find a group of people [1]. Talk to the Tribal Leader, he will order you to fight with your Lizardman Companion. Your ally will tell you that he don't want to do it. Talk to the Tribal Leader once again - he will appreciate such a display of loyalty. Now talk to Lizardman Companion to say goodbye. Go to the El-Darrag [2] and talk to the ally of your uncle. He will ask you to bring Scroll of Devil's Fire from the cave [3] west of the fortress called Sulinar. The scroll will be in the southern part of the cave. Then go to the city of Khorum [4] and talk to Al Sadim. He will ask you to bring Assim to him [5] who is leaving east of Badavia. On the way back you will encounter a Prince's Envoy [6]. Talk to him and he will attack you. After the fight go to the Khorum [4] and talk to Al Sadim. 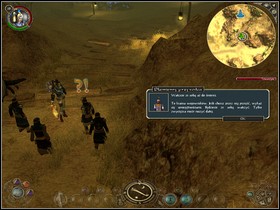 Demise of a Scorpion

Talk to Al Sadim in Khorum [4]. Now he will ask you to kill Garganthropod. You can find him in the temple [7] east of Rajab. Kill the monster and then burn his remains. Then go to Rajab [8] and talk to Al Sadim who is waiting for you. He will thank for your help and show you the way to the jungle. 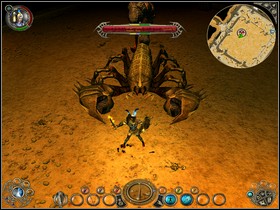 Talk to Archaeologist, he is in the camp near the entrance [9]. He will show you the way to the pyramid in Kiria Delith [10]. When you will be here, go to the top of the building. You will be attacked by the monster called Kral of the Winged Daemons. First of all you must destroy pillars that are deployed around the palace, then you can kill Kral. When he will be dead go inside the pyramid. Here you must touch pillars and talk to the holograms. Then touch the round platform and talk to Liosilath. Then go to the Na'Fian [11] and talk with the Captain. He will take you to the Dryad Island. 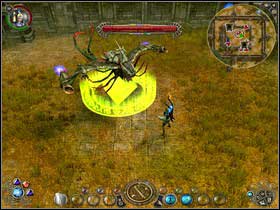