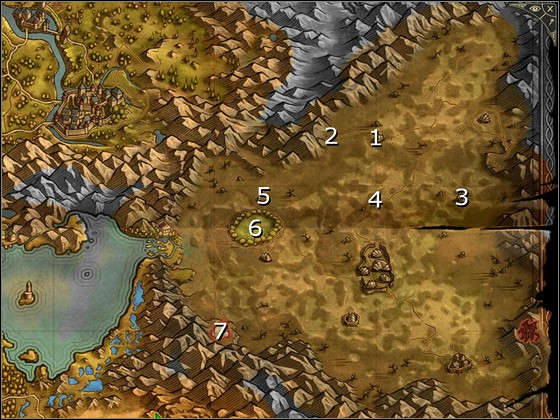 Go to Asui'taz [1], find Lizardman Elder and talk to him. Then go to the west to the village [2], and talk to Lizardman Shaman and then to Grakk family Shaman, who have came here with you. He will ask you to take scroll to Neithu'thaz [3]. During the journey you will be attacked by the Swirling Mist of Miasma (you must defeat it). Then go to the village and talk to Taziz. Along with him go to the place that is located west of Neithu'thaz and kill everyone who will be near the memorial building site. [4]. Then talk to Taziz once again. 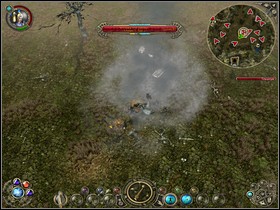 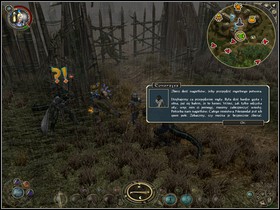