This page of the game guide contains a walkthrough of chapter 3 of Road 96. We described how to safely escape to the other side and thus save the third character. 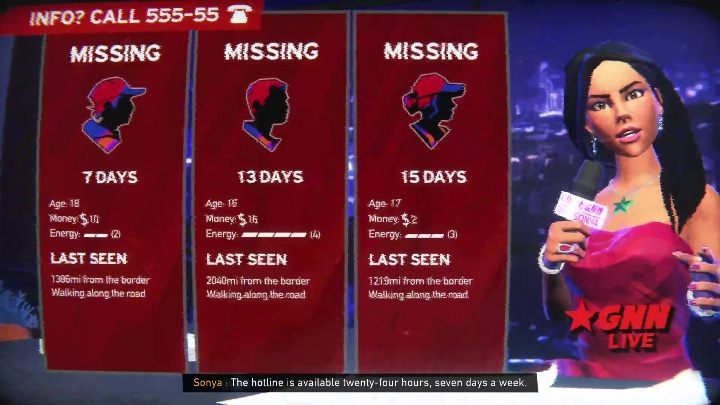 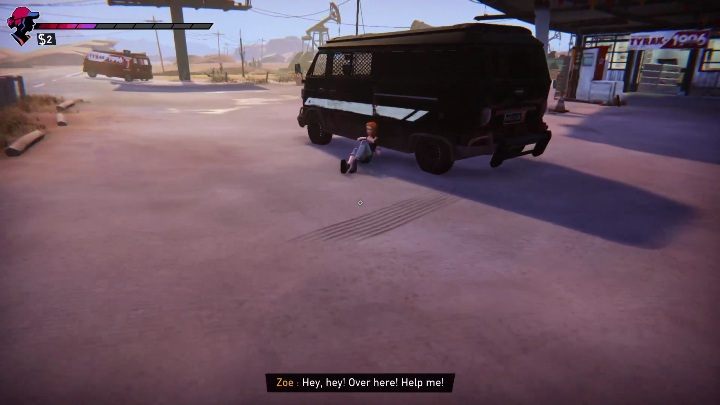 It's time for a new character and a new road to freedom. This time we chose a 17-year old with $2 in their account. You start off the chapter by meeting Zoe, who's cuffed to a police car. There are several ways to solve this predicament. If you want, you can just leave Zoe behind and choose another means of transport. 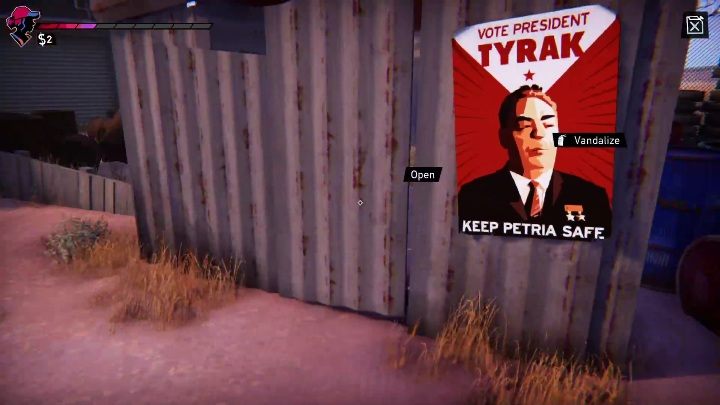 If you want to help the girl you must head to the metal shed behind the station. The entrance isn't locked. You can just slide the door open and grab a few things. The keys left in the cabinet should be particularly interesting to you. 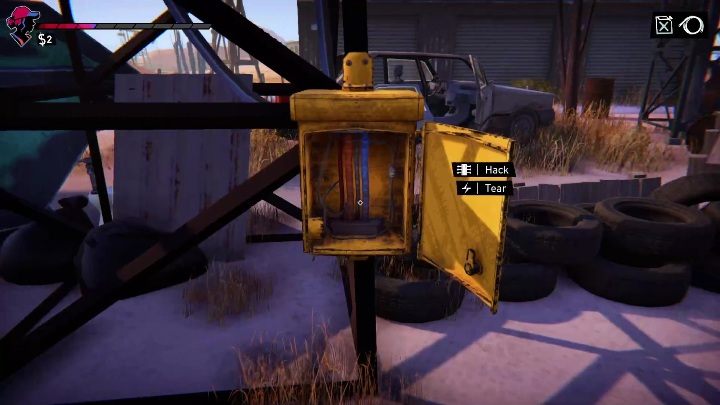 You can distract the police officers by hacking the tower. You need the skill learned from Alex to do so. If you're following our guide, you should've learned how to do so in Chapter 1 already. 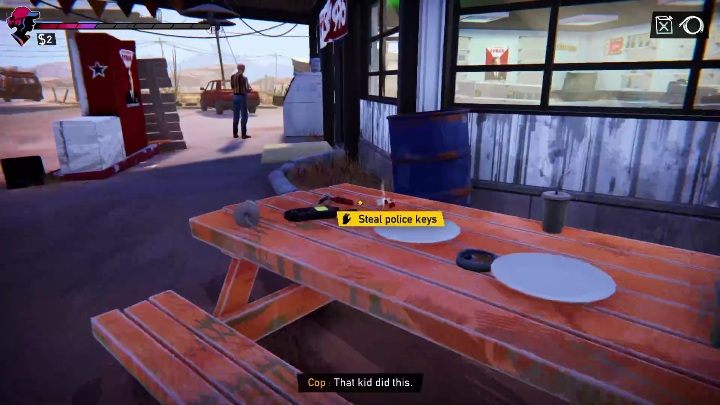 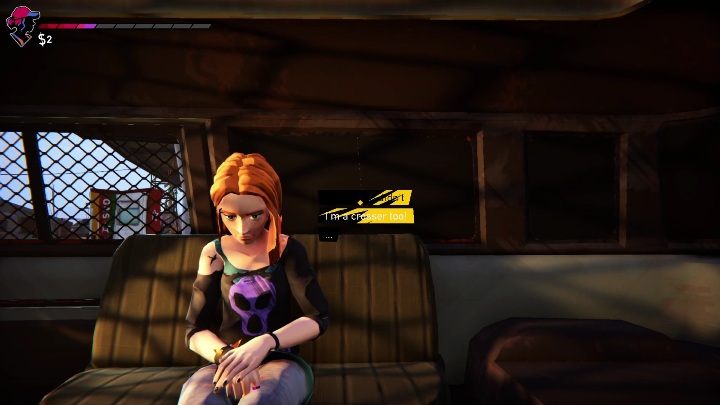 Now you can steal the police keys and help the girl. Unfortunately, you will be caught. Thankfully though, you'll be attacked by criminals on the way who'll let you leave the car. You're already closer to your destination than at the gas station. 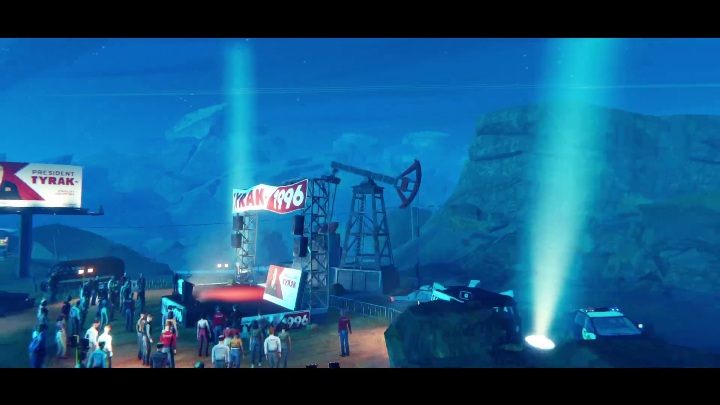 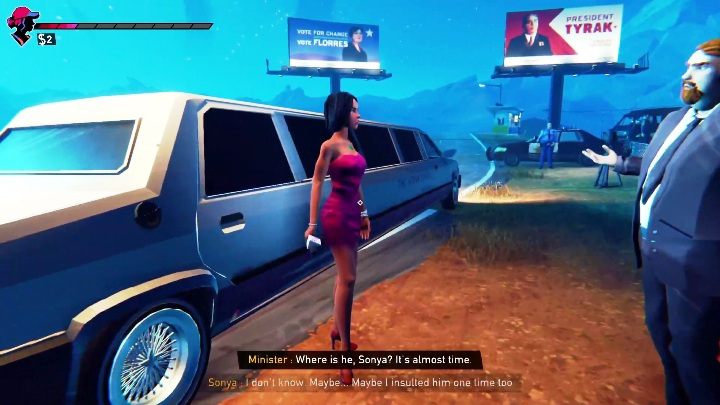 Soon you'll encounter a character you've already met before. Agreeing to help her can earn you a lot of cash. She'll task you with filming her and the presidential candidate. You can wildly swing the camera, interrupt her and record everything but what she asks you to if you want. It doesn't matter, as she'll pay you anyway in the end.

After getting the money you can keep going. We've decided to hitchhike in order to save money. 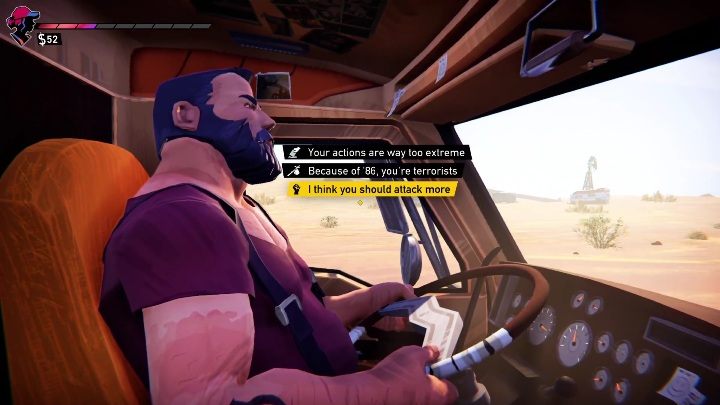 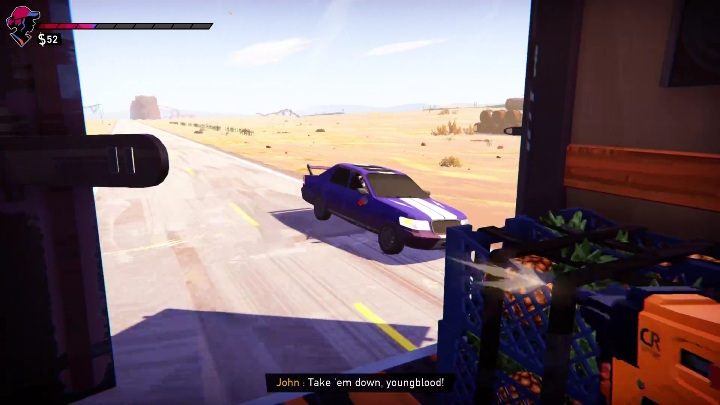 If you decide to hitchhike, you'll encounter John. He needs your help. You'll be attacked on the way. Grab your gun and get ready to fight. Fire at the car attacking you to force it off the road. Only after the shootout will you be able to leave John's truck. 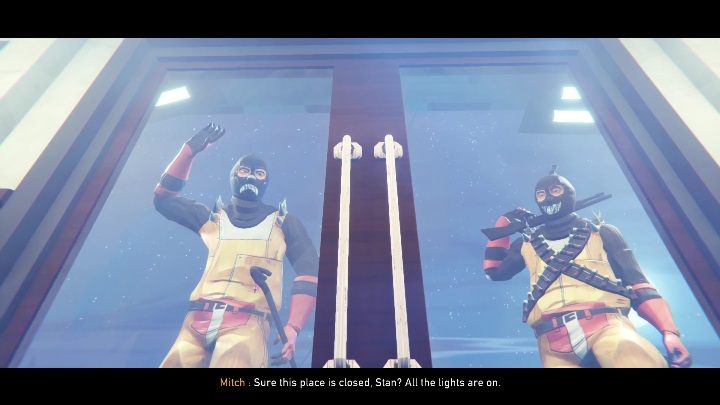 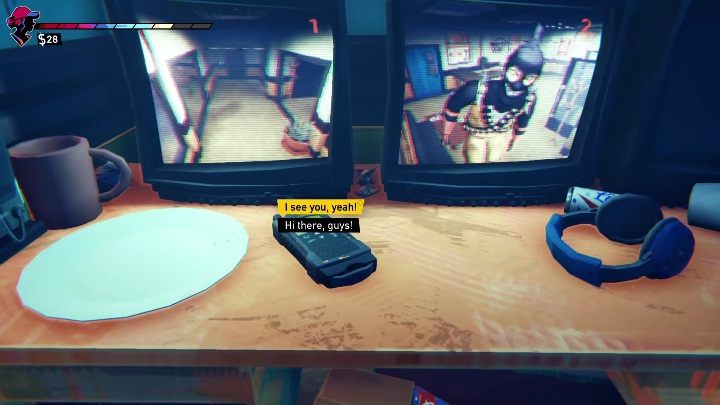 You'll soon encounter the couple of thieves you met in the first chapter again. They're trying to rob another location and need your help. If you agree to participate in the heist they'll reward you with a new skill which will let you develop your character and escape. Remember not to buy food here. You can find free food at the place you'll be robbing.

During the heist make sure to help your allies, not hinder them. It will pay off when you manage to escape. Look around carefully and recover some stamina as well. We recommend eating the burger found on the desk. 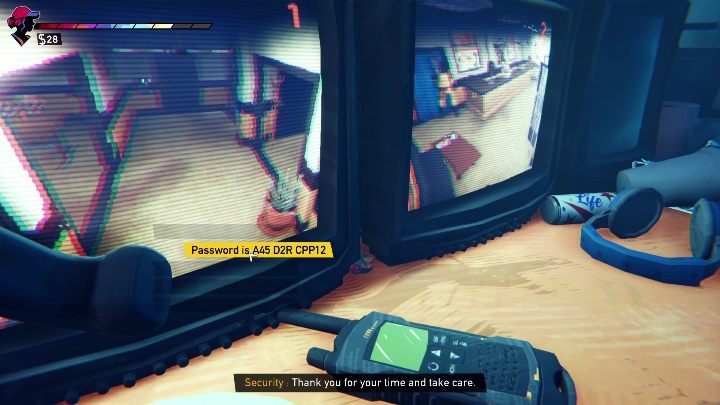 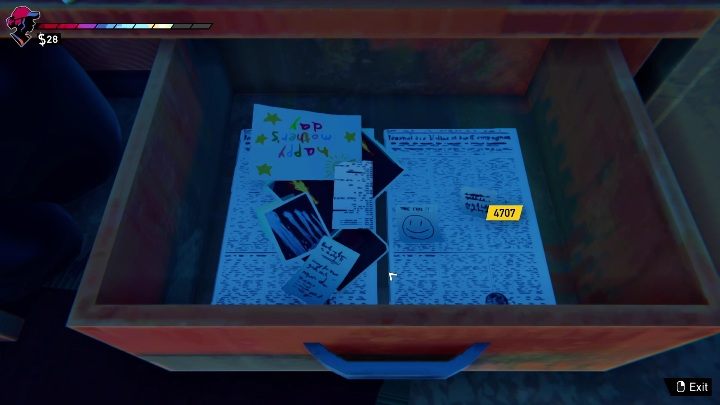 You need two codes during this task. One of them is the security password you need to use when the alarm rings in order to prevent the guards from arriving. The correct code is A45 D2R CPP12. The second code you need is 4707. After succeeding with the heist you can escape. 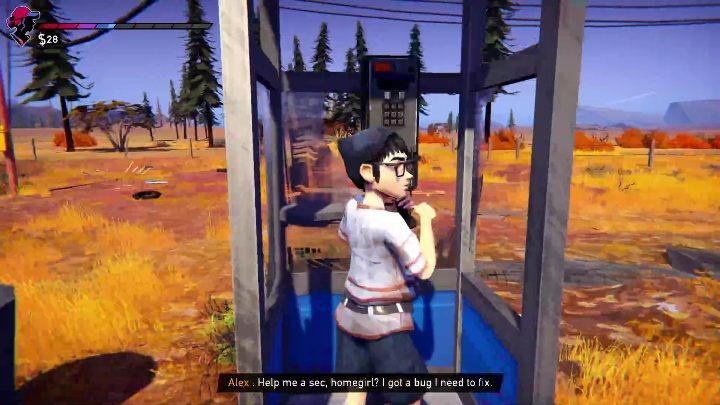 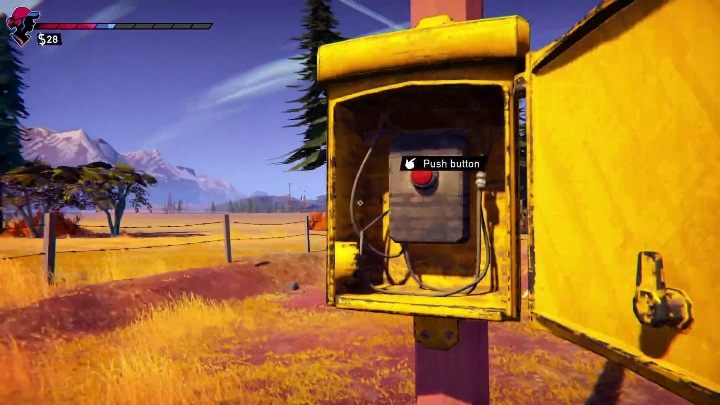 You'll meet Alex on the way. You must turn off the power to the phone booth to make him talk to you. You'll learn many interesting things during the conversation. The decisions are up to you, but your choices affect how some plot-important characters will act. After finishing the conversation you can move on. Alex will hack the taxi network for you, letting you progress further for free. 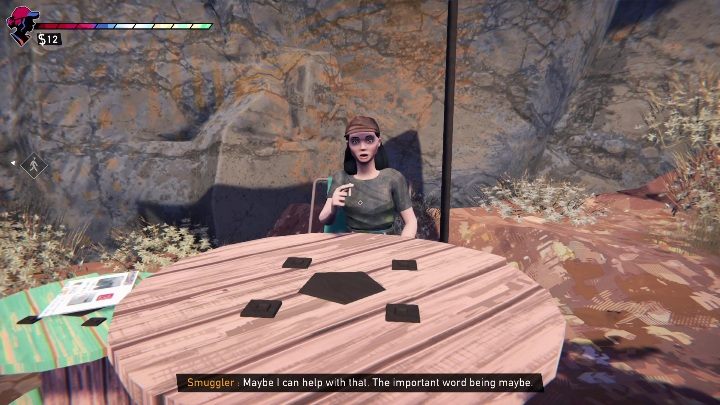 It's time for another escape. If you've followed the guide and saved money you can use the services of a woman who offers to lead you through the border. You need $50 to pay her. If you do, you'll safely leave the country.

This site is not associated with and/or endorsed by the Ravenscourt or DigixArt Studio. All logos and images are copyrighted by their respective owners.