Ring of Elysium is an online Battle Royale shooter. Everything you do is important - your actions can bring you closer to achieving victory, or they can result in a loss. There are multiple ways of dying in this game, that is why we have come up with a few tips that should help you during the matches.

Choose a weapon that suits your preferences

Select your Pack before a match starts. Every Pack has a different weapon - Gliding and Skiing Packs have a pistol; Climbing Pack gives you a shotgun.

Don't shoot at everything that moves 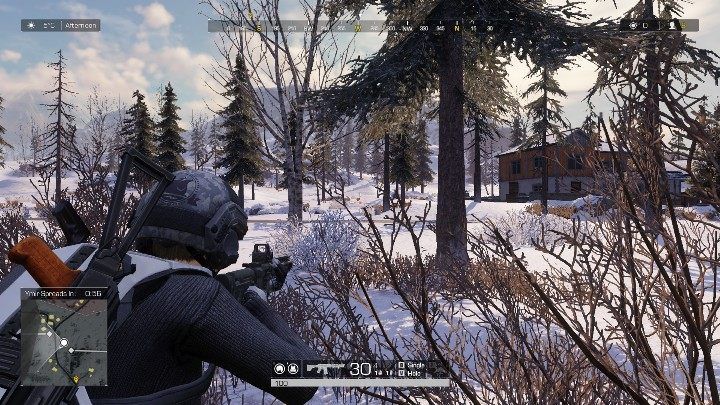 During a match, you will probably notice enemies hiding in a distance. Don't shoot at them as soon as you notice them. Your chances at hitting them from a distance are really small. Doing that can also be harmful to you. If someone hears you, they can start shooting at your character and defeat you before you eliminate your target.

Don't create too much noise

Don't shoot whenever you want, don't break windows and don't damage buildings without any purpose. All of these activities create a lot of noise - they can attract the attention of other players.

Where two are fighting, the third wins

If you hear gunshots, try to sneak up on the enemies. Players who are focused on fighting each other will probably fail to detect you. You can try to eliminate both enemies by using a surprise attack or kill at least one of them. They will probably have depleted health bars (even just by a little bit) - killing them will be easier than killing a player in a one-on-one fight.

Don't right straight into a firefight

If you hear gunshots, don't run towards them. Getting in the middle of a firefight will kill you instantly. Remember to act stealthily.

Try to move behind covers and buildings. If you see large groups of enemies, hide and wait until they move away from you. They can kill you fast if you run straight towards them.

If there are 4 of you left, wait until the rest enters the helicopter first 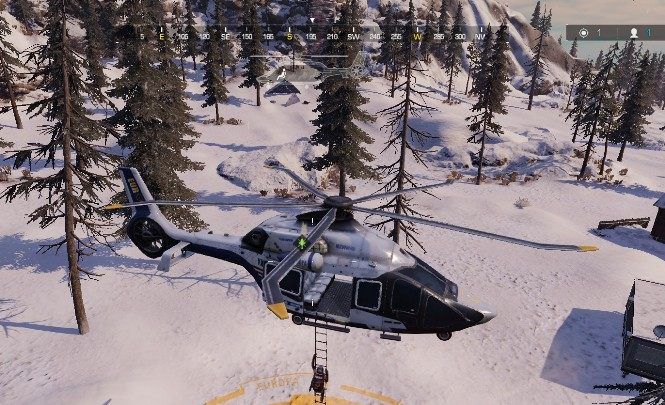 Up to 4 players can survive a match in Ring of Elysium. However, many players don't like to play nice - a character climbing a helicopter's ladder is defenseless. Other players like to use this chance and shoot that person to prevent them from surviving a match.

Be on the move

Ring of Elysium isn't a game where you can sit in a corner and wait for everyone to kill each other. You have to be on the move, i.e. to reach the helicopter. However, the game also has a mechanic where your character can freeze. If you stay for too long in one spot, your character will start freezing - this will lead to your death.

Don't jump out from moving vehicles 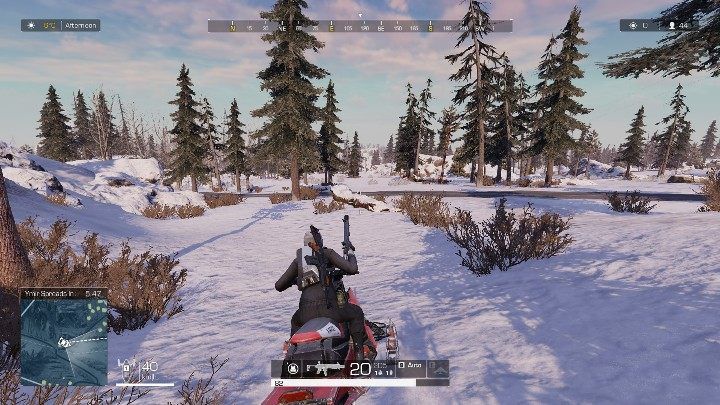 Stop your car, snowmobile or any other vehicle before you jump out of it. Your character can die if your vehicle is moving really fast. The game is really punishing here - usually, you will be left with about 10 health points.

Don't be everyone else 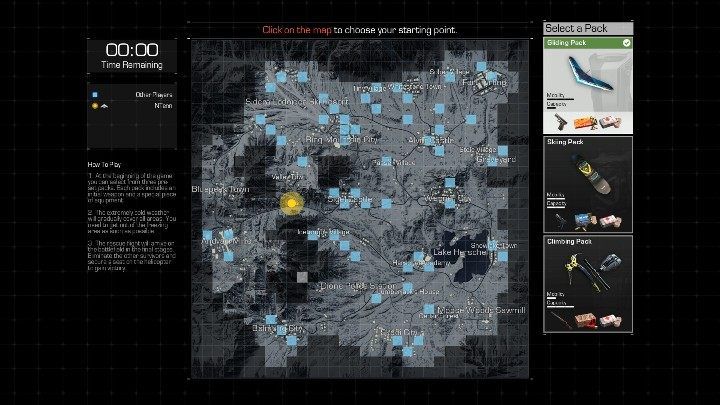 You open a match by choosing your starting position. Avoid starting the game in towns full of other players. Starting in a crowded location can lead to your death.

Starting a match in mountains reduces your chance of meeting other players. You can also come across small cabins with supplies. 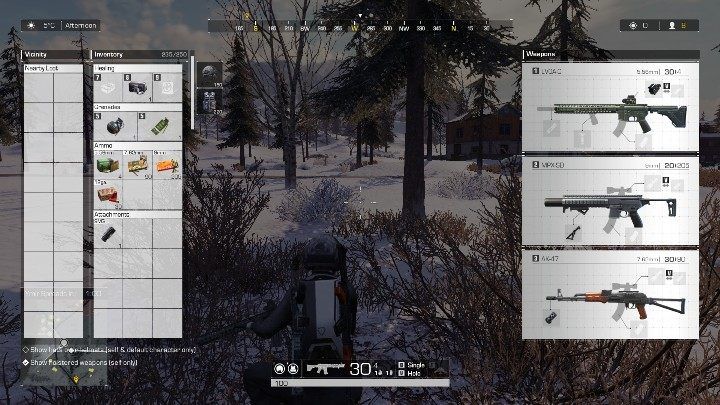 If you pick up a weapon modification available to your current weapon, it will be installed automatically. If you currently don't own a weapon compatible with a particular upgrade, the modification will be added to your inventory.

Abilities depend on your starting Pack 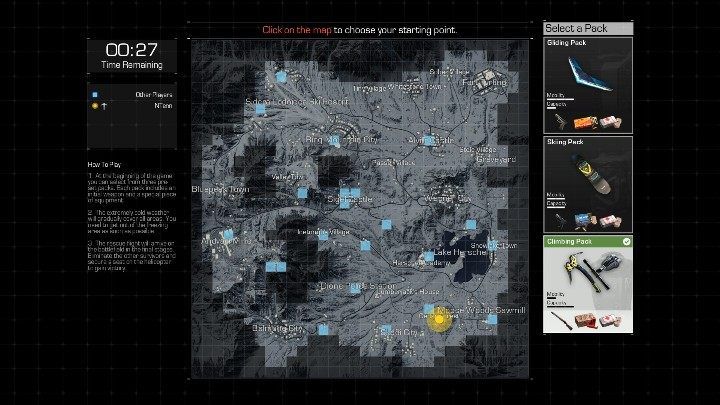 Before starting a match, select which Pack you want to use:

Don't jump down from heights. Reach lower floors by using stairs or ladders. Go down the mountains by using a hang-glider, a snowboard or a climbing gear.