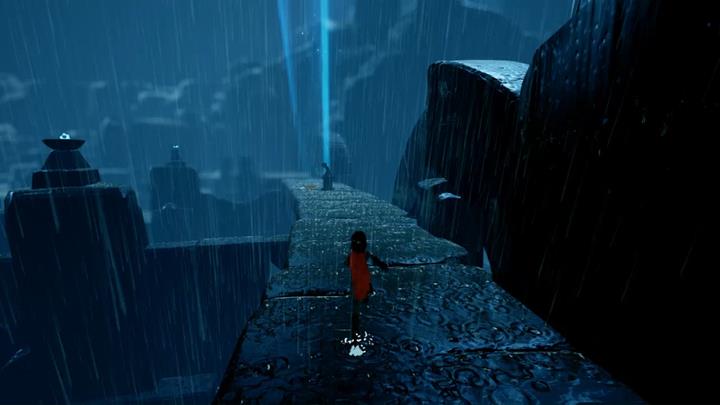 The first figurine can be found along the way

Your current task is to activate four figurines in a manner similar as in the initial stages of the game. You can locate the objects through a vertical light found above each one of them. The first figurine is located next to the large statue. Once you've found yourself next to the monument, turn left and use the stairs to continue following the light. Ignore the phantoms, as they are currently neutral. You should reach the first figurine - wait until the fox reveals it and activate it by using your shout. 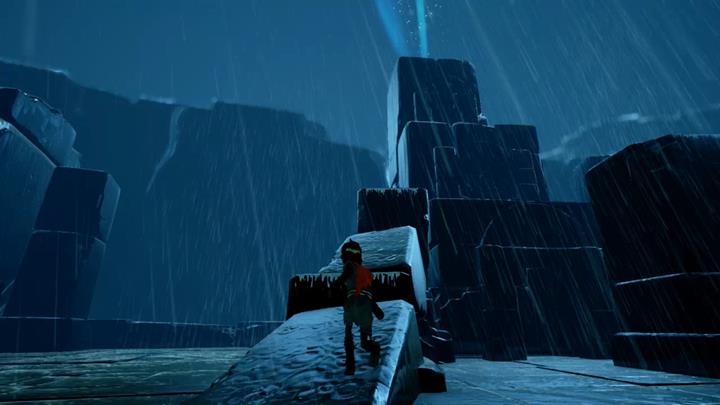 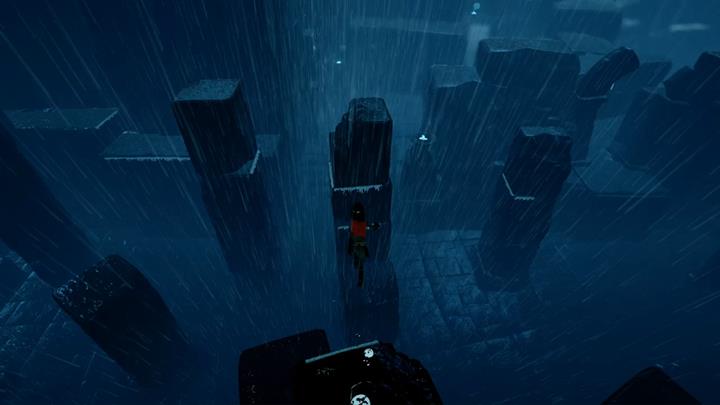 Reach the tallest column by climbing on the toppled ones

Make your way to the next figurine, which can be found on a lone column. You need use the columns nearby to reach the top of the column and use the figurine. See the screenshots above for a short walkthrough. 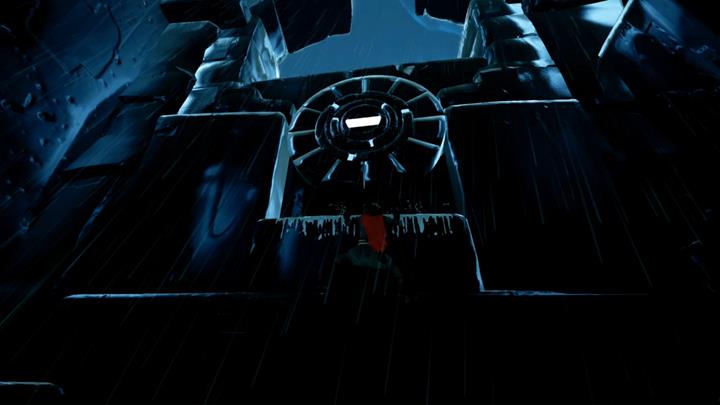 Jump on the white mechanism to clear the stones

The climb for the third statuette begins with using the white mechanism that hides some of the stones. Repeat the move a few times to destroy the stones blocking the way forward. 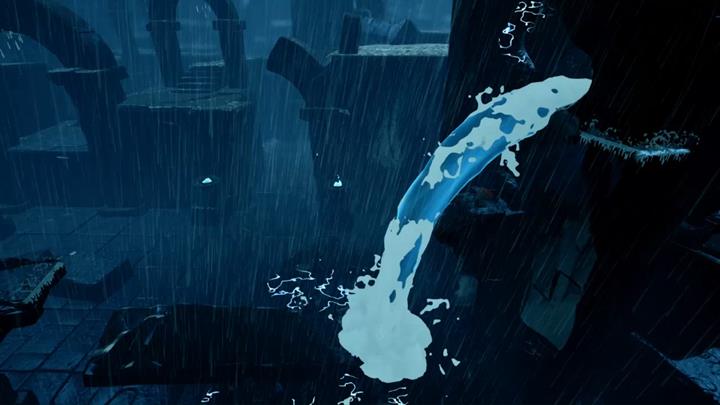 You'll encounter another white mechanism enroute to the fourth statuette. Using it will release a water stream which will lift up a small walkway - use it to reach the final statuette. 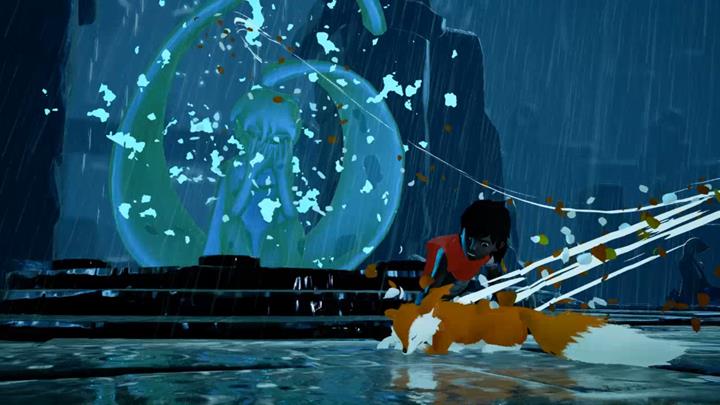 Once you've activated all four figurines, proceed to the main statue. Sadly, the fox will sacrifice himself in order to activate the sculpture. A strange thing will happen - your hero will be changed into a white stone. Start strafing left and right to free yourself from the trap. Unfortunately, our hero has been transformed into a black phantom.