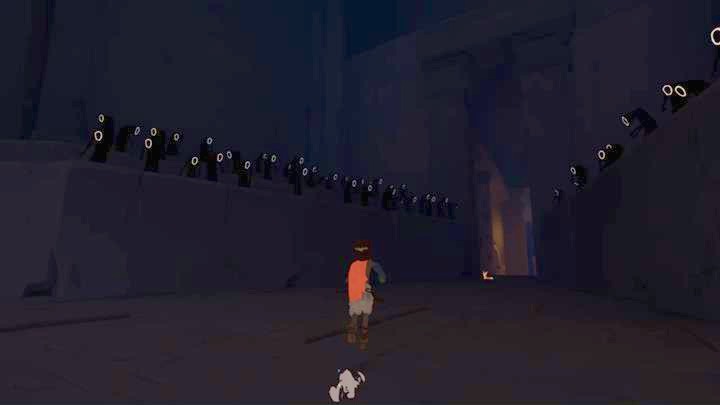 You will end up in a strange land where everything is white all around. Follow the red Cape towards the ship. Go aboard and, after a while, you will reappear on the island. Dash down and you will encounter a group of strange creatures. You do not have to be afraid of them - in this chapter you will be encountering them quite often along your path. Keep following the fox and, after several short cutscenes, you'll finally reach the gold orb. 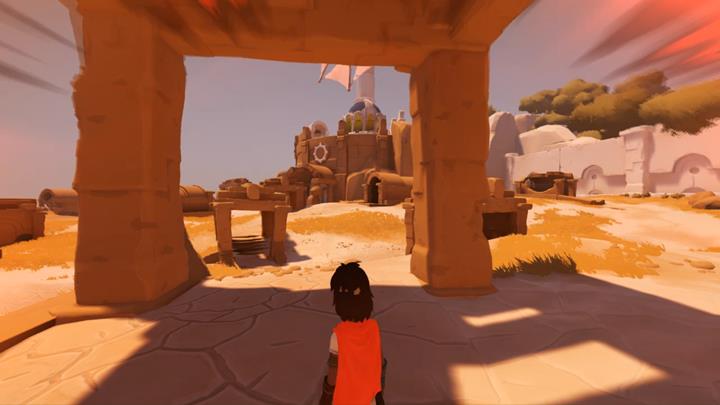 As soon as you notice the screen going red, take cover under the stone.

While you are trying to solve the puzzle and figure out the shadow, a flying monster will appear, which will snatch the orb. Follow the creature and, after a while, you will be knocked down. Throughout the majority of the chapter, you will have to avoid the beast and hide under covers, to avoid being spotted. Note that whenever you are out in the open, the screen will go red - this means that the beast has spotted you and is now trying to catch you. 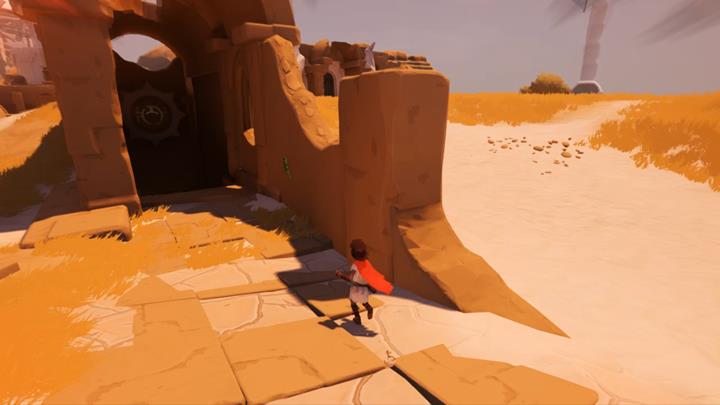 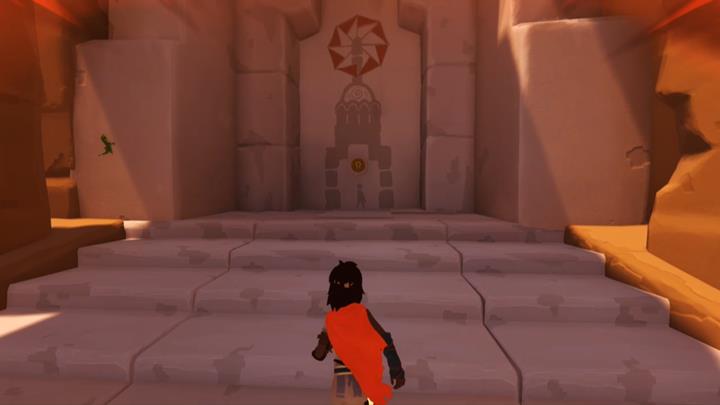 Obtain the key and use it on the wall.

After you have dropped down, hide immediately under the stone structure. After the screen stops glowing red, run ahead - to reach the next stone structure up ahead. Keep doing that up until you reach the crypt. Inside there is a new type of puzzle. After it is voice-activated, the figurine turns in your direction. You can use it to turn the wall inside and continue your journey. At the end of the crypt, there is the first key. Take it, activate the figurine at the door and leave. 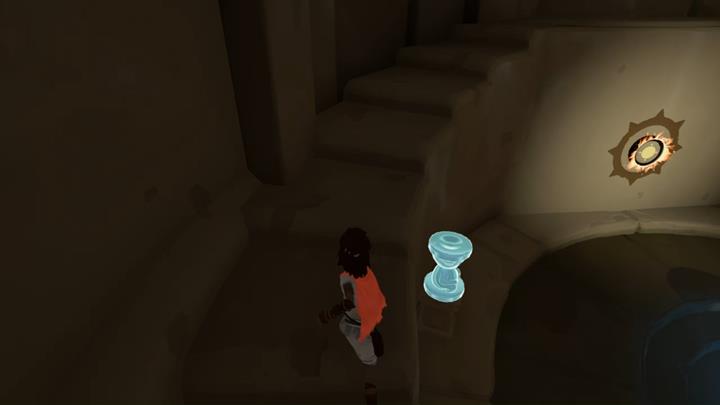 Activate the figurines and run through the passage.

Again, you will have to start running from the monster, so as to get to the stone block where you can use the key. Use it and you will reach a chamber with a figurine and a pool of water. Activate the figurines and quickly climb up the stairs, through the passage that has just been revealed. 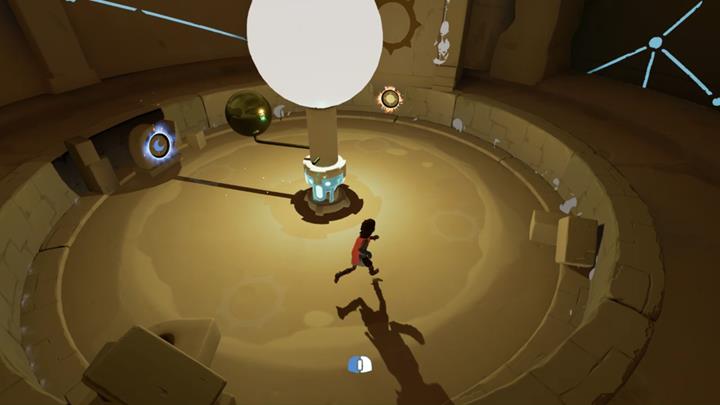 Position the orb in the way shown in the above screenshot and approach the second sun symbol.

The rules of the puzzle are simple - by manipulating objects, you have to make the shadow to be cast on to the sun symbol. Start by positioning the orb so that it casts shadow on the symbol on the left. Come up to the stone block and cast your own shadow onto the other symbol. As a result of that, a stone will be lowered - jump onto it and continue your journey. 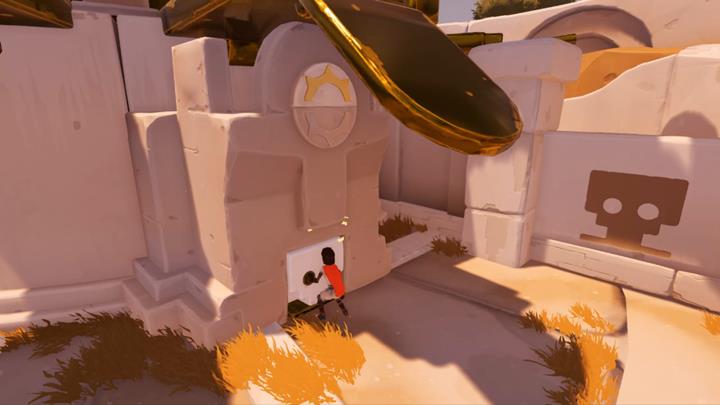 Pull the block out of the foundations.

Climb up the stairs and shout to activate figurines. Thanks to this you will activate small roofs above your head. You can now approach the white block and pull it out of the structure. As a result of that, black smoke will be released, which will allow you to chase the beast away. Move the white block towards the wall and jump over to the other side. 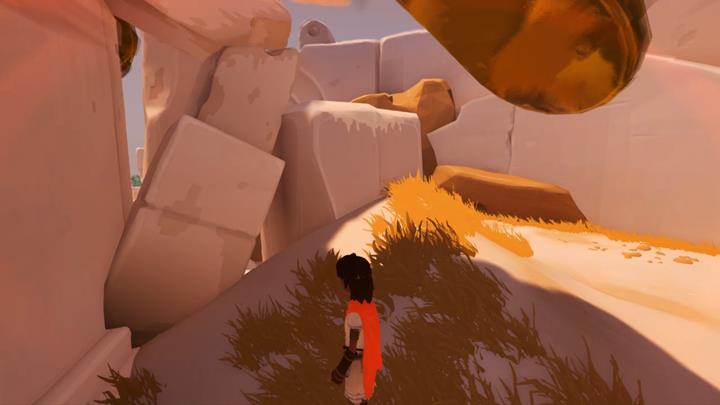 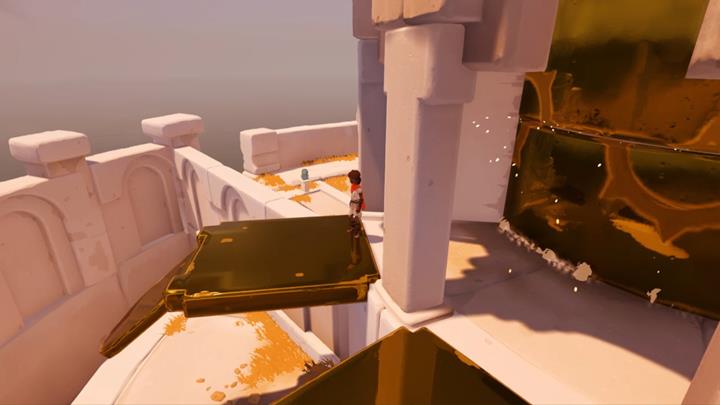 Hop over the wall towards the figurine.

Activate the figurines and hide under the roof, after a while jump onto the stone next to the roof and climb up. Keep jumping from one roof to another and jump towards the figurine at the other side of the wall. Activate it and pull another stone block out of foundations. The released smoke will form a storm, which will chase of the beast away for a moment.